On Christmas morning, we broke my parents’ microwave.

It was a Christmas brunch, and there was a whole lot of bacon to cook. So we did it in the microwave–batch after batch after batch, cycle after cycle, until suddenly there was a horrible smell of burning plastic and a swirl of smoke and the machine was quickly ejected from the festivities to sit forlornly on the carport, where we watched warily to see if it would burst into flames or not. (It didn’t.)

It was an old microwave–I can say this because appliances age much more quickly these days than they used to–and no one was really surprised or deterred by its sudden demise. And we had done without a microwave for years when I was growing up, so no one was in a hurry to replace it, either. So we left it outside and moved our bacon-making to the stovetop. 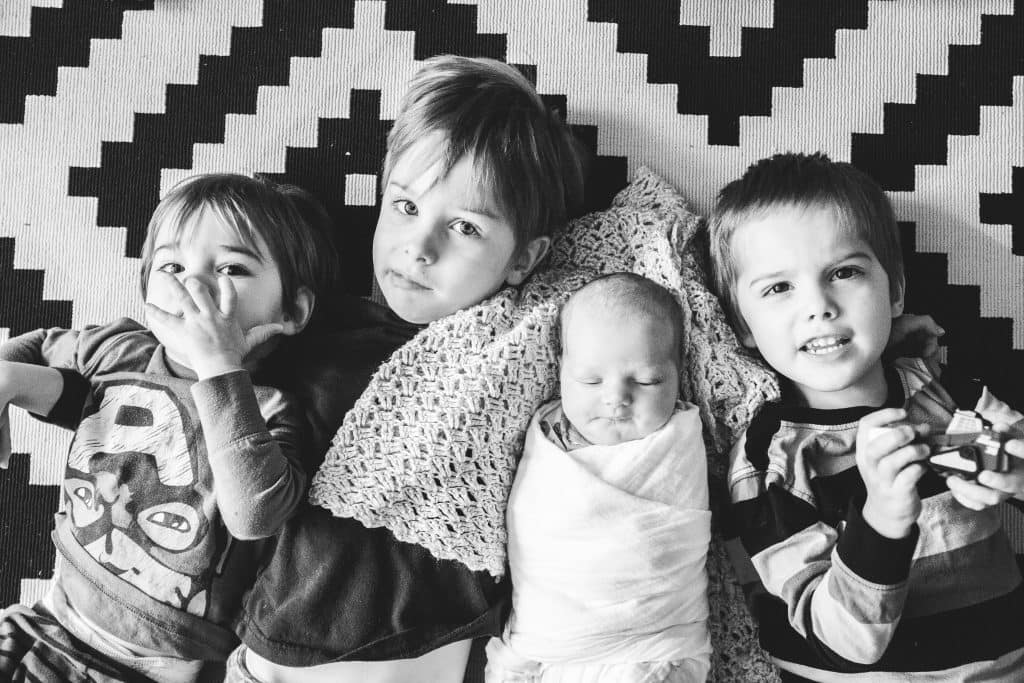 In the next few days it became clear what exactly the lack of a microwave would mean. Several times I turned into the kitchen to reheat a cup of coffee, only to be met with a big empty space where the microwave used to sit. I could have reheated it on the stove, but I didn’t want to dirty a pot or wait that long for it, honestly. More than once we came close to dinnertime only to realize that the meat for the meal had never been put out to thaw. Of course, we could put it in the microwave for a quick defrost…except that we didn’t have one anymore.

Our appliance’s untimely death revealed a habitual tendency toward laziness and poor planning. At least, it certainly did for me. I wasn’t sure if I was annoyed now by its absence or seriously glad for it–but at any rate, when I was asked a few weeks ago what invention I wished could be un-invented, the microwave was the first thing that came to mind.

It occurred to me recently that there is something else that uncovers an attitude bent toward procrastination and then last-minute panic: children. 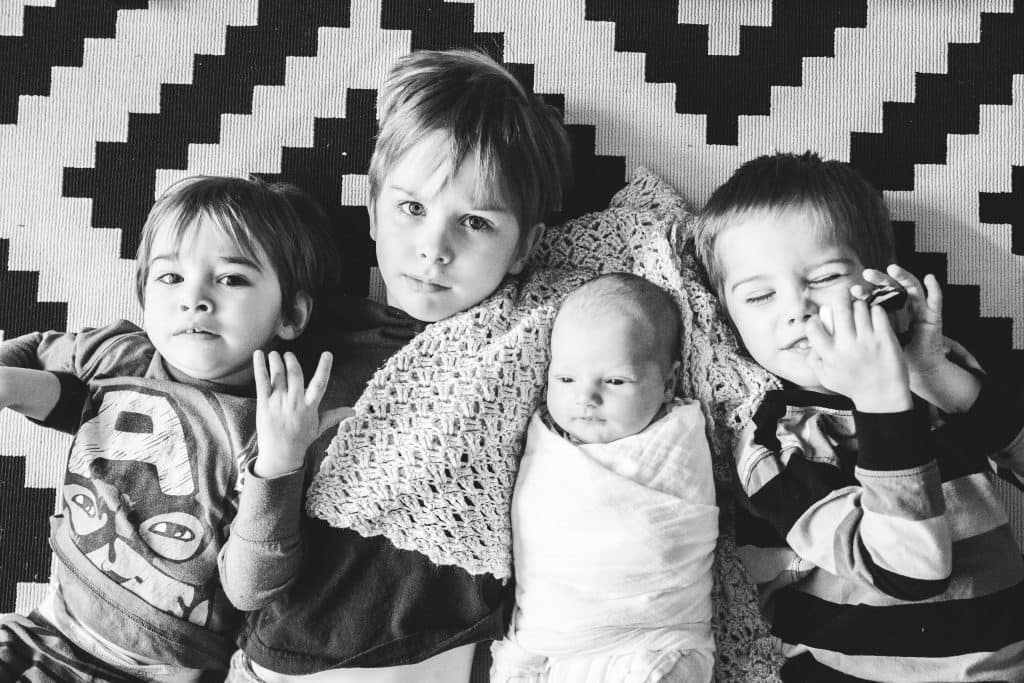 It was supposed to be nap time. Anselm had already grabbed his my and bid me “nigh-nigh” as he headed up the stairs; I was nursing Elvie, who had actually kind of stopped eating at that point, but I wasn’t exactly paying attention to her nursing status. I sent one preschooler to go potty and told the other to gather his things for his rest time as I packed Elvie up and took her upstairs for a diaper change, passing Anselm on the way.

It was during this diaper change that my realization hit. One child was running up and down the hallway in a manner that can only be described as “wild”; the preschooler on the potty was insisting that he could not poop until he suddenly and miraculously did (“I did it! Can I get down now?”) Elvie was patiently sitting through her diaper change, but I could feel my temper begin to rise as I glanced at my watch and realized we were now past the time for everyone to take a rest–myself included–why did everyone have to go crazy just as it was time to settle down…?

I called out the Wild One and reminded the preschooler that he had to wipe before he got down from the potty (and told him that no I wasn’t coming to do it, he was perfectly capable, so hurry up.) Got Elvie re-dressed and walked out into the hallway to find Anselm on the floor, stretched out with his blankie and his thumb, as if he had gotten tired of waiting for me and had taken matters into his own hands.

It occurred to me then that it wasn’t as if everyone had rebelled at the last minute–it was that moments of calm and slow take a little bit of attention and planning. And I hadn’t exactly done that, choosing instead to rush everyone toward their rest times at the last minute and then getting angry that everyone wasn’t getting my memo.

Sometimes I’m both grateful and irritated that these little people have such an uncanny ability to unconsciously convict. 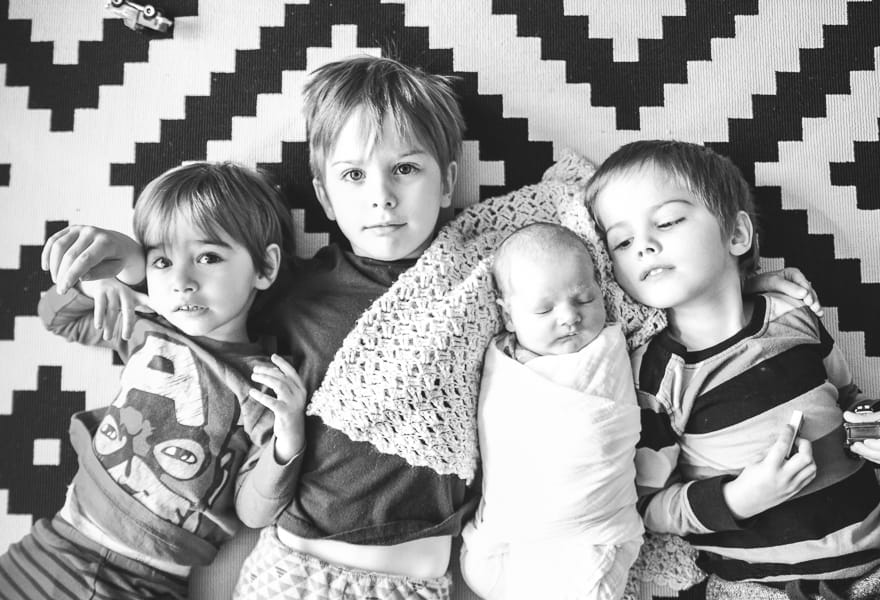 I’ve read a lot about “slow living” recently. I am intrigued by the phrase, the bend towards meaningful moments and relationships, and the simplicity of a life that isn’t harried by a to-do list or rat race. I love the idea of slowing down, but I’m wondering if applying it in my life is as easy as it seems.

I’m awfully used to my life’s microwaves–doing things as quickly as possible so we can do more (though I don’t always even know why)–and it really seems to me that slowing down, like throwing out a microwave, takes a willingness both to plan and to be patient. It takes a long time to cook a meal from scratch, after all; it takes a long time to get everyone ready for rests in a way that allows you to cuddle up with books rather than barking orders and accidentally ignoring the two-year-old.

There’s a big life change looming  on the horizon, and Jeremy and I have talked many times about all the things we hope to do once we’re up there. Things like raising and growing our own food, making time for family, for music, for the outdoors. Slowing down, getting rid of things, throwing off everything that hinders. We talked about ditching our smart phones once we’re up there so that we would be more free from distractions. I’d be lying if I didn’t say it all fills me with a bit of trepidation, not because I don’t want to do it, but because I know what shortcomings will be laid bare and what long-atrophied muscles will have to be slowly worked back into usability.

Fortunately I have four little people here who are busily teaching me the meaning of simplicity bred from patiences and diligence. Now all I have to do is unplug our microwave.

Other posts in this series: