Eldore Rex turned five months on the 19th of April. 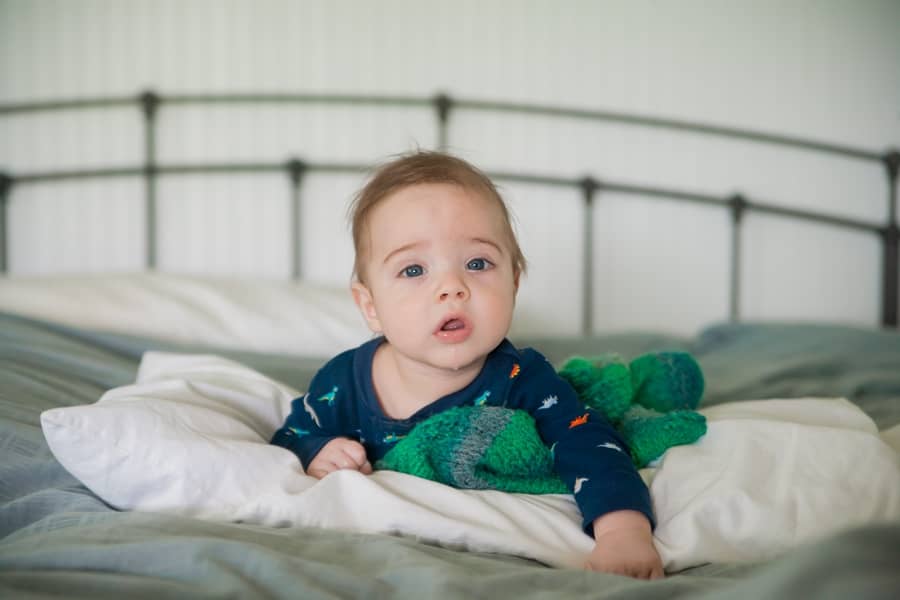 Mr. The King, Baby Doh, Mr. Doh-doh; all of these names and more are ascribed the personage of His Royal Drooliness, Most Esteemed Youngest Son of The Krans Family, The Blue-Eyed One, Sole Possessor of The Paci.

One must admire the way he carries his elevated status within the family. One might even be led to believe that he doesn’t know his position at all. He fancies himself only One Of The Guys, though he can’t quite get up and wrestle with them yet; he adores his sister as much as she adores him; he loves Mother and Father equally; he is fond of all Grandparents and Great-Aunt-Pam. He does not, however, take kindly to strangers acting as if they have the right to address His Royal Person without having been properly introduced. In other words, Eldore Rex has officially entered the Stranger Danger phase of his infancy.

This became apparent on one fateful day when Mama and His Royal Wariness had gone to drop something off at someone’s house, and Mama had tried to stop and chat a bit, but couldn’t over the top of His Majesty’s wailing, which began the moment he was addressed by someone who was Not Mama and Not Family. 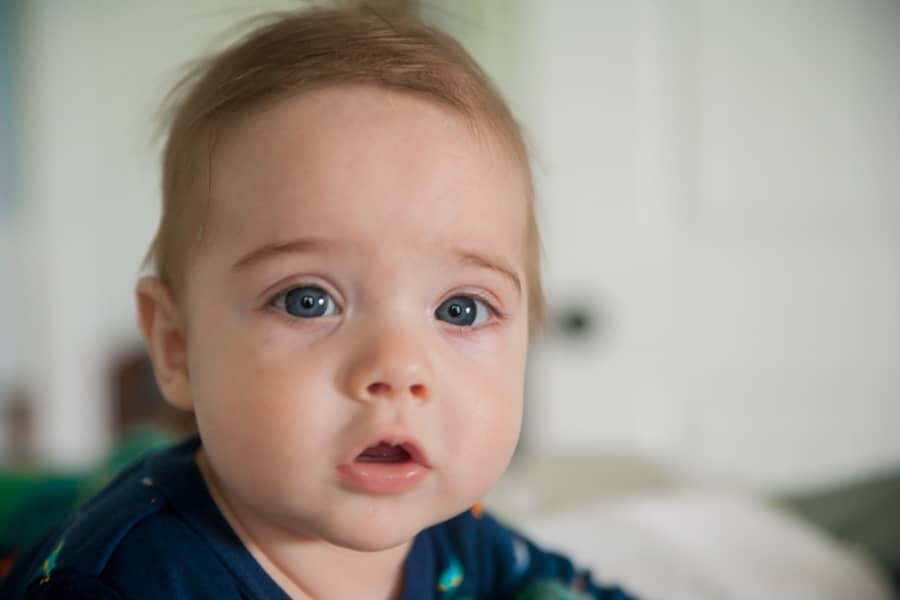 But really, it isn’t Eldore’s fault if he doesn’t like strangers. We’ve been serious homebodies for basically his entire life, what with the terrible flu epidemic in these parts last winter. It may be that he didn’t actually know other people existed and was suddenly overwhelmed by the truth and its implications for his name. “You mean I have to be King over all these people??” No pressure, buddy. 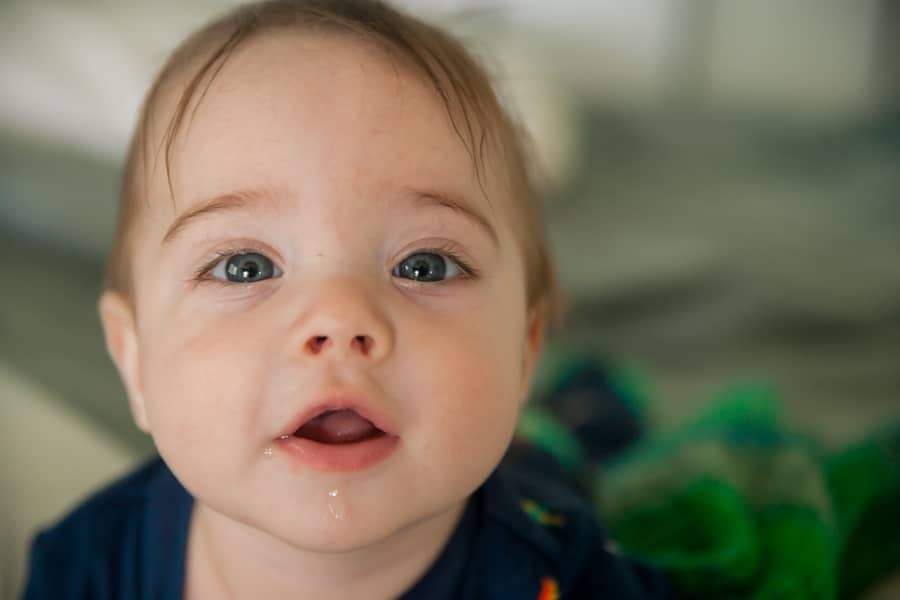 As you can see from his pictures, he’s a champion drooler. He’s also adept at rolling-over-almost-but-not-quite, chewing-his-hands-but forgetting-how-to-suck-on-them-when-falling-asleep, and gazing-at-the-world-with-an-expression-of-benign-interest. His wild hair has dwindled to a somewhat unfortunate combover. I am considering cutting it on top so that it matches the new growth coming in. It wouldn’t be his first haircut–I’ve already cut over the tops of his ears as well as all the long stuff in the back that he was matting up by rubbing his head on his blanket while sleeping.

His hair has also lightened considerably. Gone is all the dark, dark hair he had at birth! Though some of that hair remains, it is a completely different color. How does it do that?

He loves to lie on the floor with his gym toy, or to stretch and reach for his chime ball. He’s a very content baby. He hasn’t needed to be weaned from the pacifier like the other children have, so I’m hoping he will never get attached to his thumb or fingers like the last three kids have. He likes to make eyes at himself in the mirror, but as he doesn’t know (I think) that that Baby In The Mirror is himself, I like to let it slide.

He got moved to his own room this month, and we started the process of weaning the unnecessary night wakings and night feedings that were messing up our days.

He still likes me, though.