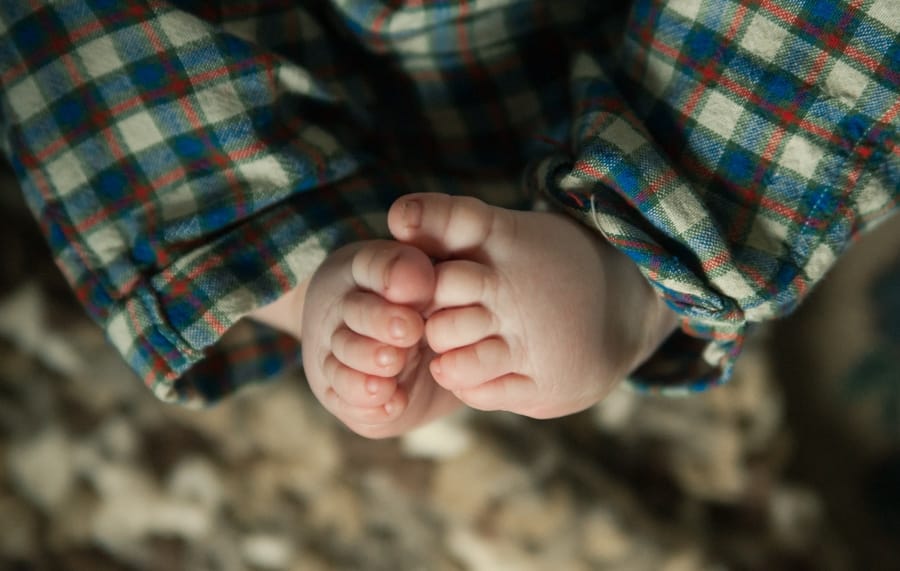 It’s 10:30 on a Monday morning, and on the floor beside me lies one chunky-thighed infant. He’s on his belly; it’s where he prefers to be, these days, and he snuffles excitedly as he reaches for the chime ball that is just out of his reach. Every now and then he manages to just touch it with his fingers–the action pushes the ball even further away. He doesn’t seem to be aware of this, though. He crows and sings to it as if coaxing it back closer to himself.

Eldore Rex is six months now. In the past month, we’ve survived the Stranger Danger phase and a growth spurt, two road trips and several nights of interrupted sleep (that hasn’t quite been put back to normal yet.) He’s been to four new (to him) states, tasted cooked carrot and avocado, and spent countless hours chasing that elusive chime ball that only seems to get further away each time it’s touched. 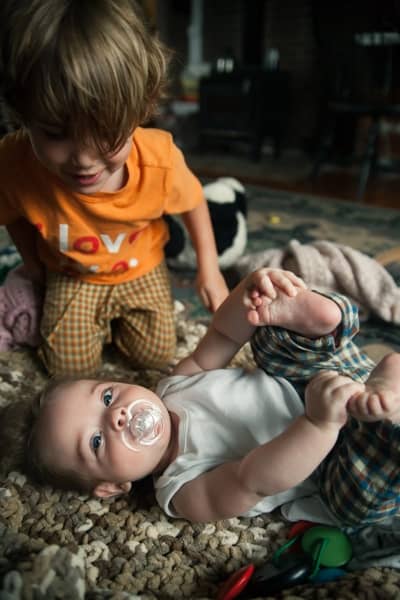 He’s excessively roly-poly–meaning he is rolling all over the place–and pushing himself in circles, and pushing himself up on his arms and kicking his legs out so that he looks like he’s trying to swim. But the best is when he gets excited and arches his back with his arms and legs in the air so that he rocks on his belly like the curved base of a rocking chair. The position looks more than precarious (sometimes he rolls over accidentally and bonks his head when he does it) but so far the danger hasn’t deterred him from doing it, and often. 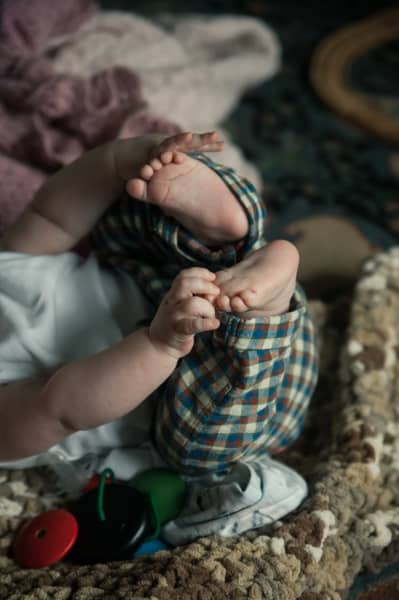 He found his feet this month. What I wouldn’t give to be inside of their little heads when they make that discovery.

I should have mentioned earlier that he has also survived another month of his sister’s affection.

I’m a little surprised she hasn’t squashed him yet. Give the kid some space, Elvie!

His eyes are ever so blue, and his hair has grown into his bald spots rather nicely. For all his thick mop of dark, dark hair he sported at birth, this new growth is exactly the same color as all the other kids’ hair. He really favors Clive,  though he is (of course) his own little person.

His hands have become terribly grabby. My hair, my coffee, my food, my phone–anything I have, he wants, and he’s quicker than a striking snake, even if his aim is a little off from time to time.

He’s officially totally outgrown his bassinet, and hasn’t been able to use the Moses basket at all on account of his rolling habit. His minicrib is in dire need of a bumper, though, as his favorite nocturnal pastime is to throw his pacifier through the slats and onto the floor, so that I have to actually turn on the light to find the darn thing. Hopefully this month we will phase out all night wakings for good, now that we’re done with the growth spurts and travelling.