Each month I share some of our favorite books we’ve shared over the course of the month. For reference, my boys are 5.5, 4, and 2.5 years old.

September was quite the month, apparently. I don’t think we managed to get to the library at all in September. Consequently, I don’t really have any picture books to share this month. We read a lot (we always do) but there weren’t any that especially stuck out to me. We focused a lot on reading and listening to chapter books.  That wasn’t really intentional, but it’s how it worked out! Coincidentally I don’t really have book pictures, either…most of these books we read were on my Kindle. And that just doesn’t make for very good pictures. Here’s some of the boys, instead. My apologies! 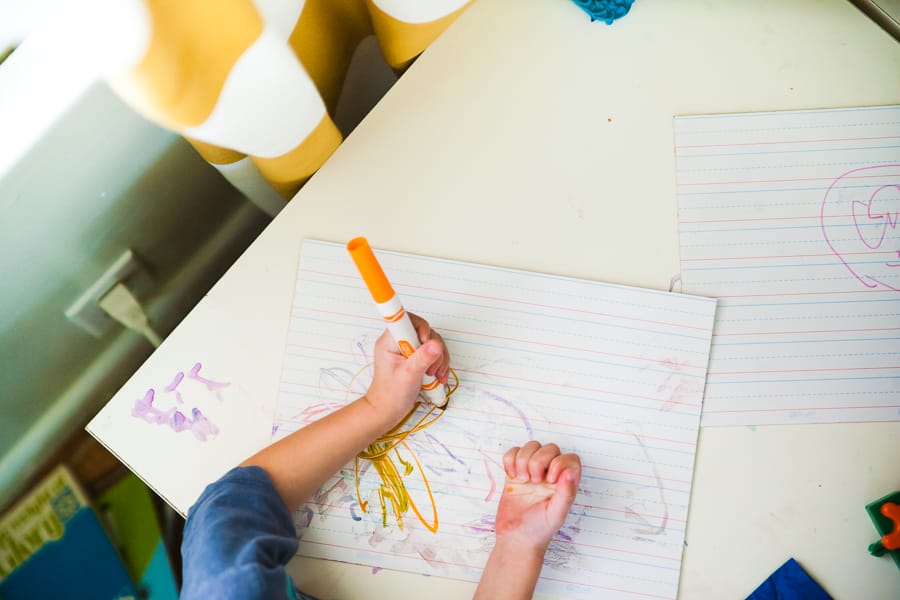 now we are six (a a milne, performed by peter dennis)

Not long ago I was trying to recall how long we have been listening to these audio books of Peter Dennis performing A. A. Milne’s classic works. I believe I was still pregnant with Anselm when I first started playing them for Ephraim in his rest time; even though he was only about two-and-a-half years old, he had stopped actually sleeping during his nap, and I began playing the Winnie-The-Pooh audiobooks for him to listen to during what should have been his naptime. And then we never stopped playing them.

We have listened to all of the stories of Winnie-The-Pooh and The House At Pooh Corner so many times that we all have them memorized. Finally I decided to start playing the recordings of Milne’s poetry books: When We Were Very Young and Now We Are Six. The latter one has been a favorite this past month, and has even led to Ephraim “writing” his very first poem:

If Clive were me
And I were Clive
I would be Four
And he would be Five.

I haven’t listened to many audiobooks besides these, but Peter Dennis is such a gifted narrator. It’s worth listening to them just to get a handle on how to really make a poem come alive when you read it. I have also noticed the boys’ speech patterns mimicking Milne’s from time to time. But in the end, it’s just great to listen to because Milne is just so fun. His poems encapsulate childhood so perfectly. I love listening to them as much as the boys do. 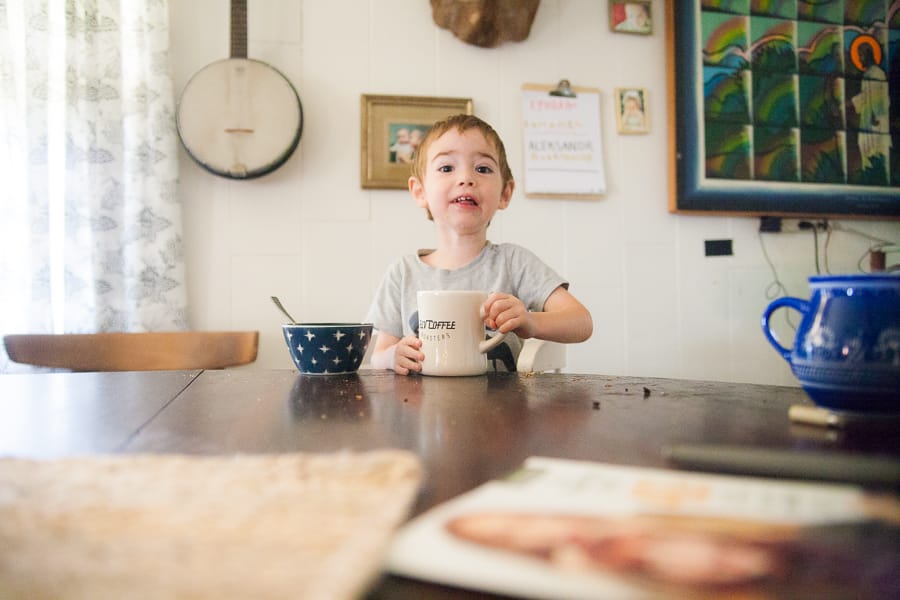 Now this was THE BOOK of the month. I had heard people talk about the original Pinocchio from time to time on different educational podcasts, and the conversation generally went that the book was very good and the Disney film was a very poor interpretation, and one must not neglect to read the original. Well! I found the Kindle version for 99¢ on Amazon. The chapters looked short enough, so when we were finished with our last chapter books, I gave it a go.

Let me say first that the podcasters were right: it is very good and I’m so glad we read it. We will read it again soon (very soon if the boys get their way.) But what a shock! It is not like the film we’re all familiar with. Pinocchio is a tragicomedy–it is grotesque, I guess, in the very literary sense of the word (not in the Halloween sort of way.) Of course, the basic parts are the same as the film: the wooden marionette who will eventually become a real boy, Geppetto, the Fairy with the Blue Hair, etc. But the title character in the Disney film is a generally likable one–he is not really bad, he is just terribly and horribly naive, and as a result is taken advantage of.

The book Pinocchio is, on the other hand, not very likable from the outset. From his very creation he is causing trouble; he is selfish, conceited, and even violent. When the Talking Cricket first appears to scold Pinocchio for his troublemaking, he hurls a hammer at it and kills it. He makes promises to change his behavior that he never ends up keeping for long. The consequences of these choices are anywhere from inconvenient and uncomfortable to disastrous and even deadly.

The comedy half of the tragicomedy keeps this book from being excessively dark. The story often borders on the ridiculous (I often laughed out loud while reading) and at times it feels something like a Looney Tunes cartoon. The Talking Cricket is killed very early, but comes back as a ghost and then later as a living cricket again. Characters are dead and then they’re not dead. A thief has his hand bitten off, but no pain or blood seems to come from it. It’s silly but then again it’s very serious.

All through these trials and adventures, there is one thing that I found very important for myself and my boys to hear: Pinocchio is never a victim. He and he alone is responsible for his choices and their consequences and how they may destroy him or those close to him. He alone bears the blame. This is not a message that is very comfortable to hear–I would say “particularly in this day and age” but I do not think that is true. Ever since the Garden, Mankind has been looking for someone else on whom we may place blame. “It was that woman you gave me…” “It was that serpent you made…” Not our fault, not our fault. 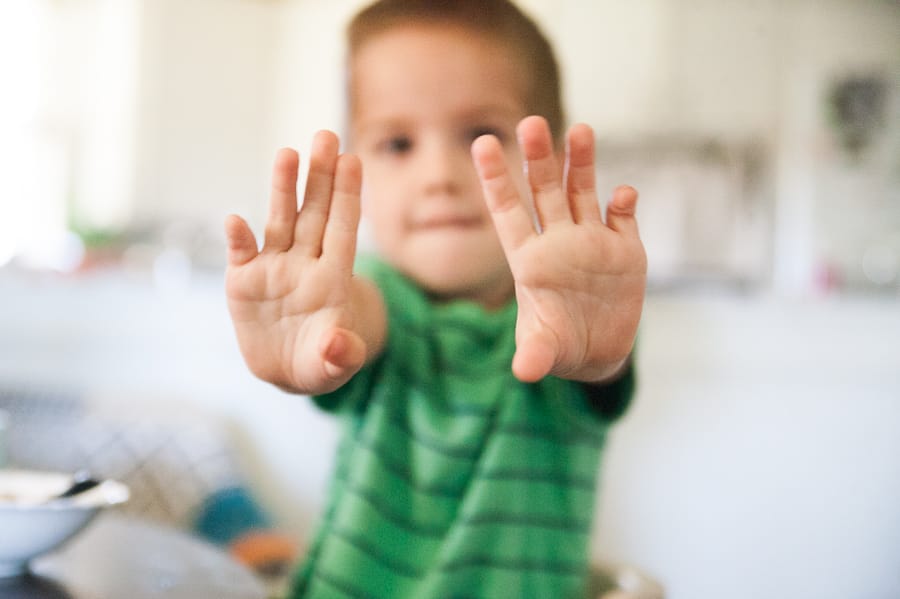 In the end, as we know, Pinocchio does succeed in becoming a real boy through hard work and true concern and care for others above himself. It is quite the transformation, and it’s made all the better because we know how truly wretched he was in the beginning.

Pinocchio is most certainly a moral tale but, all that aside, it was also a highly entertaining story. I am asked every day when we are going to read it again. (The answer is “very soon”.)

I do want to specifically address the topic of death in this book. Particularly that there is a lot of it. The book was written in the late 19th century and mortality was more of an accepted thing to address. I do not think this is bad (actually I feel very strongly that it’s important) but this can be a shock if you’re not used to it. Death has been a topic that comes up fairly often in our house since the passing of my grandmother last summer. The boys (Ephraim in particular) had a front-row seat to her decline in health, her death and burial. We did not hide it or her from them, nor did we shy away from explaining the facts, the mortality we all face, the immortality of the soul and the hope we have in Christ. So while we were reading and the Fairy with the Blue Hair died suddenly, or someone was injured and perhaps even killed, there was not much confusion or questions on the boys’ part. I wouldn’t discourage anyone from reading the book based on the presence of death in the narrative, but if you’ve never broached the topic with your kids, you might want to before reading, or wait to read it until they’re older, or at least be prepared for the many questions the book may inspire. Whichever is wisest for your family.

I have been sort of foolish this month and have taken on far too many books. And you guys, I really don’t have time to read all of the books I’ve taken on. This is not a complete list at all–it’s just the ones I’ve managed to finish or make headway on.

I read Esolen’s Ten Ways to Destroy the Imagination of Your Child a year or two ago and LOVED it. So when I heard that he had another book out, I got it immediately. This book is taglined Ten Ways to Destroy the Humanity of Your Child, but inappropriately so. His other book was satire, written in a manner mimicking Lewis’ Screwtape Letters. This book isn’t written that way at all. I was surprised by that, and I wish they had ditched the tagline. Other than that, the book was mostly what I expected.

I don’t really want to write a full-length review in these posts (especially since I got carried away already with Pinocchio), but this scathing assessment of modern society and modern education in particular is spot-on but very depressing. If people criticizing the public school system makes you break out in hives then you might want to skip it, or (even better) read it with some Benadryl handy.

I found this comparison of Protestant and Roman Catholic doctrine while moving my parents’ books over to their new house. Then I borrowed it without asking. Now I am reading it with a red pen for note taking. I don’t know why the red pen seemed important, but there you go. (Mom, Dad, may I borrow this book and mark it up? Thanks.)

The Piano Shop on the Left Bank (Thad Carhart)

Now this is a book for reading. I have mentioned before that I get wrapped up in a lot of non-fiction and tend to neglect to add fiction into my reading list. Well, this isn’t fiction, but it’s creative non-fiction, which is close, right? A true story is still a story.

This book was my late grandmother’s, and she would talk about it every time I saw her during the last couple of years of her life. I also found it while moving books over to the Ham House. I’m not sure if she lent it to me or my parents before she died or it just made its way over here after her passing, but I’m glad I found it.

Carhart’s book tells of how he happened upon a piano repair shop in Paris and how it and its proprietor helped rekindle his passion for playing. It’s a musical memoir of sorts; the author has woven into his own story the history of the piano, how it works, and the roles people play in taking care of them, from builders and tuners to players and teachers. It’s got an wonderfully easy tone to it that makes you feel like you’re just having a conversation with Carhart and not reading a book–you know how sometimes an author just feels like they’re forcing the whole writing thing. Hopefully I don’t do that…will someone tell me if I do?

what we read in: