Each month I share some of our favorite books we’ve shared over the course of the month. For reference, my boys are 5.75, 4, and 2.75 years old.

I waited so long last month to write this post that last month became two months ago and so this post is two months smooshed together. We got a great batch of books from our last trip to the library (which was two months ago, in October) and we haven’t been able to go back; since our library automatically renews items, we have just kept reading the same few books all this time. I hope to finally take them back this week.

We brought home seven books from that last library trip, and three were absolute favorites, three were so-so, and one was just generally disliked, and we read it once and no-one ever asked to read it again. 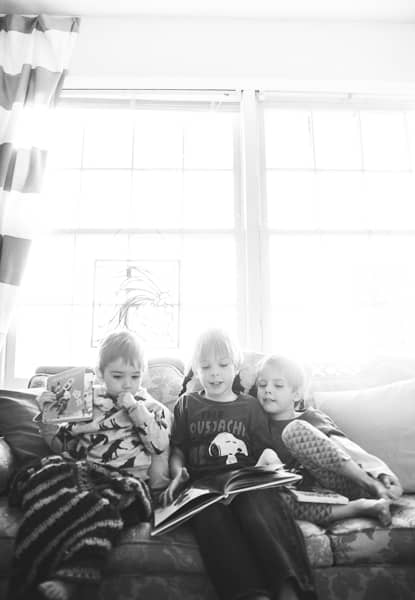 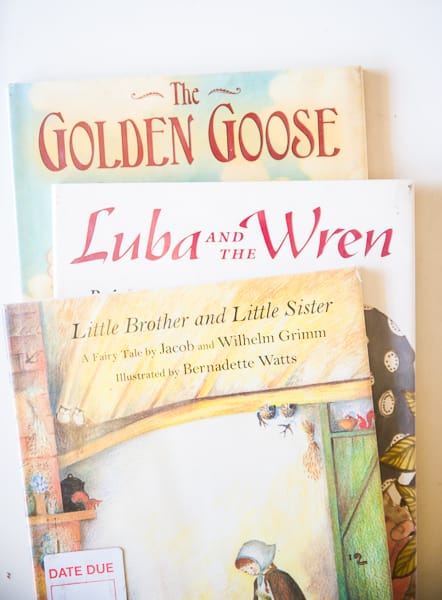 I picked up three fairy tales that I thought would be interesting, and I liked them, but when I asked the boys, their response was mixed.

This is the classic story of the goose that caused all that touched it to become stuck fast. The art is beautiful, but our favorite part was that there were three sons that figure in the story (with the youngest being the one that proved to be of highest character and goes on to marry the princess.) The boys insisted that they were the three boys and we read it each time with their names in place of the character names. Interestingly enough, the “real” name of the youngest boy was Hans, which is derived from the same name as Ioan, Anselm’s middle name.

This book was my favorite of the fairy tales, but probably the least favorite of the boys. It is a very typical story: children lost in the woods; an evil stepmother-witch; enchantments; groupings of three; a royal marriage and royal baby; evil stepmother-witch trying to break up said royal marriage; the fair and true queen eventually coming back from the dead. I think the boys’ complaint was that it was too long–they didn’t say, but that is my guess. Peter Jackson probably could have turned it into a trilogy. We’ll try it again when they’re older.

LUBA AND THE WREN (patricia polacco)

This tale of the shame and tyranny of greed was captivating. Luba rescues an enchanted wren from a snare, and in turn is granted anything she or her family desires. She is content but her parents are not. The boys obsessed over the page with the “angry wren” (not pictured, but I should have taken a photo.) We all learned the word dacha. The boys asked to read it four or five times in the first day and then never asked for it again, unfortunately. 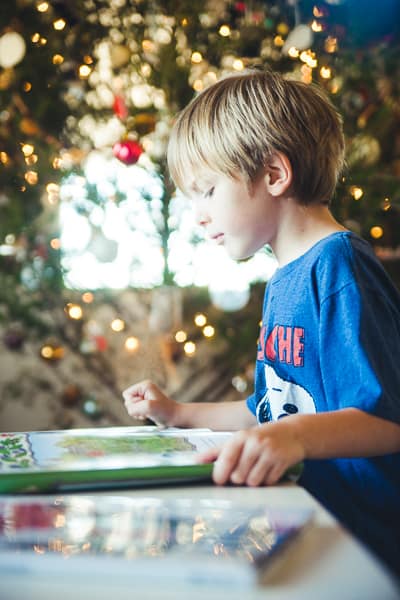 We read this so many times that Ephraim almost memorized it. I’ll be honest, I would describe this story as “insipid”, but the art is so wonderful that I didn’t mind the many many times I read it. In a nutshell, Mossy is a turtle with a garden on her shell. She’s picked up and put in a museum, she’s unhappy, and the curator has a portrait painted of her instead of keeping her there, and puts her back outdoors. It’s not as preachy as it sounds, I promise.

Ah, the all around favorite. The boys adored this poem-as-a-book about a cat that escapes the house and goes looking for birds to eat. They memorized it, learned the names of several kinds of birds; they kept sneaking it to their room at looking at it at night when they were supposed to be sleeping. We read it over and over again, and none of us minded the repetition.

THE BROWNIES: THEIR BOOK (palmer cox)

I have had this book for a year or so, but we have not read it much because it was a little too advanced for the boys to understand. Palmer Cox’s poems of the Brownies and all of their sometimes helpful, sometimes dangerous, but always silly and daring adventures was a favorite of the boys’, even though the language was still frequently over their heads. The illustrations are very helpful in filling in the gaps that the nineteenth-century lingo leaves, but I still stopped every few stanzas or so to give a brief summary if I felt it was needed.

I have gushed about poetry in previous posts, and I will gush again, because there is just something very attractive about stories in strict meter and verse. I really admire poets who can perform such acrobatics of vocabulary and syntax in order to have their tales fit the rigid rules of the poetic form.

I read this book through for myself before I started it with the boys, not because I was concerned much with checking it out before they heard it, but because we hadn’t finished with the Brownies yet and I wanted to get through that one before we started another–and I didn’t want to wait that long to read it myself. The edition we borrowed from the library was a large, beautifully illustrated volume whose size somewhat misrepresented the size of the story it contained. It was a quick read for me–it took longer to go through it with the boys because we kept missing our nightly reading time for various reasons.

I really loved this story. Like Pinocchio, the book story is not only richer than the Disney interpretation, it’s more shocking and somewhat confounding to our modern sensibilities. Peter Pan is more cocky, more endearing, more forgetful, more selfish, more cruel than his movie counterpart. He’s also more pitiful, and both Ephraim and I teared up at the end. He also seems to be much younger than I have always imagined, as he is described many times as still having all his baby teeth. But the book is funny, also–it occurred to me at one point that it almost felt like you were reading a story a child was telling, or perhaps hearing the story as it ricocheted around inside a child’s mind–it hopped about and was even nonsensical at times, or perhaps thought of at the last minute…it reminded me of listening to Clive and Ephraim tell stories.

We finished the last chapter and sat in silence a moment before Ephraim said, quietly, “The End.”  And we sat and sniffled together. Then, as I tucked him in, he asked, “Mama, will Peter Pan come here tonight?” The story goes on and on.