I started writing this post back in May, before we moved, while I was waist-deep in the lonely chaos of packing. I’m thinking I may as well make this a monthly tradition, to share what we’ve been reading together.

If there’s one thing I can do to make me feel like the day hasn’t been a total waste, it’s reading with the boys. So long as we can end our day cozily cuddled on someone’s bed (because we can’t all fit on a chair anymore) with a book in hand, it seems like all of the frustrations and failures the day may have held are smoothed over and forgotten. All of the boys are eager to be read to–like most children their age, I guess–and these are the books that have been on rotation lately.

Of course we are reading a lot more than just these–but I’m just listing the favorites. 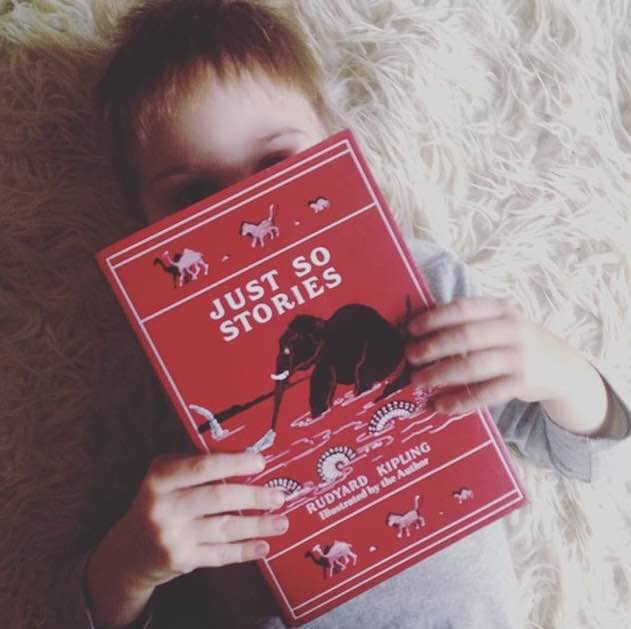 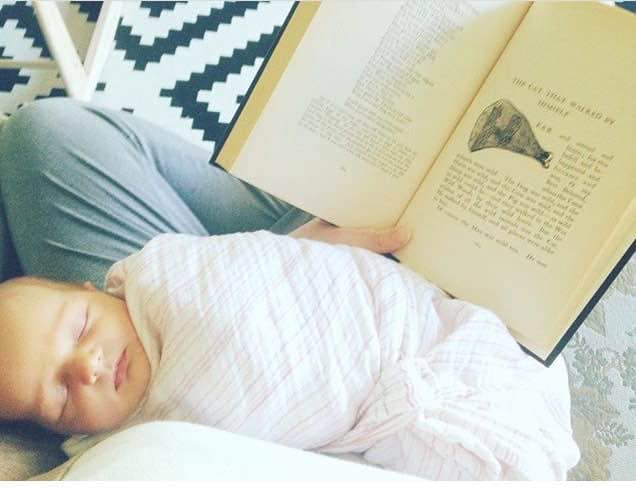 I started reading this aloud to Ephraim (age 5) during his rest time, then switched to reading it to all three boys after they were in bed for the night. Anselm (age 2) would mostly listen quietly, though sometimes he’d begin singing loudly while I read and had to be asked, quite sternly, to sing to himself in his head if he really had to do it right then. Both Ephraim and Clive (age 3.5) really loved the stories. The favorites were  The Butterfly That Stamped and The Sing-Song of Old Man Kangaroo, which is very interesting to me since the former in particular was my least favorite when I was growing up, and even as I was reading it I was thinking that they probably wouldn’t like it very much. Of course, after being asked to read it for several days in a row, it grew on me. O Best Beloved!

where the wild things are (maurice sendak)

This one was Anselm’s favorite. He is frequently carrying it over to me to read; he calls it, simply, “Are”. Which also kind of sounds like the terrible roars the Wild Things might make. Arrrrgghhh! No doubt Anselm feels a special affinity with Max. He is quite fond of his mischief.

These books belonged to my mother when she was small, and I loved to pore over the illustrations when I was a child. I have been reading out of these books to Ephraim since he was only a few months old. All three boys love to listen to the poetry in them–they each have their favorites, which morph and change the older they get. Right now both Clive and Anselm are enamored with The Sugar-Plum Tree (which Clive calls “The Chocolate Cat” and Anselm calls “Chock-ee-KA!”) and Ephraim loves The Duel (about the gingham dog and calico cat) but always asks exactly how each animal ate the other simultaneously. There are many more poems we like to read in them, and many that we don’t. I did read them about the Pied Piper one night and I think it freaked them out a little. Ephraim has asked not to read it again.

I have this thought that reading poetry to them has been the perfect segue to reading chapter books, because of the minimal page turning. Some of those poems are long. They’re longer than most picture books, when you really get down to it. But the entire poem is squished onto one page, or maybe two pages. I have this suspicion that the attention it takes to stare at only one illustration while listening to an entire poem (rather than flipping the page for a new picture every line or so) has been essential to sitting and listening to books with many words and little to no pictures. That’s my theory, anyhow.

they were brave and bold

This is another that’s been on rotation for after they’re in bed. It’s a compilation of stories and legends of heroes like Beowulf and Pecos Bill and many, many others. It was my mom’s when she was young; I also read this one myself when I was a kid, though really I just read the Beowulf part over and over and over again. We  started with the story of Grandpa Hopewell’s flying tractor (and just finished it). We’ll probably read the Pecos Bill story next, but we’re already knee-deep into another chapter book, so it may be a while.

Probably the best-loved board book in the house, after Goodnight Moon. This book always turns up, and all three boys will bring it to be read or come from wherever they are when they hear it being read. I have it memorized.

the mouse and the motorcycle (beverly cleary)

All our chapter books are usually reserved for bedtime, after we’ve prayed and read a picture book or two for Anselm. Then everyone climbs into bed and we read–usually just one chapter–out of whatever the chapter book du jour is.

The Mouse and the Motorcycle we read in just days because we couldn’t just read one chapter every night. Sometimes we read two or three, because Mama hasn’t read it in years either, and you can’t just stop there! What happens next?! And sometimes we also had to read in the morning. After we finished, both Clive and Ephraim asked immediately to read it again. This is the first time we’ve really had a book we just almost couldn’t put down. What an exciting thing to see in the lives of two preschoolers!

We listen to this on audiobook (performed by Peter Dennis) every night after the lights are out. It’s an absolutely wonderful reading of the book, and we all love it. Anselm in particular–he now calls going to bed “Nigh-nigh Pooh” and wants to listen to it when he naps, too.

I finished my second attempt at Dostoevsky’s The Idiot, which is exactly what I felt like when I tried to read it the first time. I got maybe one-third of the way in before I got completely lost in the cast of characters who, at that particular moment, were all gathered on the main character’s terrace and everyone kept talking and I couldn’t for the life of me remember who was who. It doesn’t help that each person is named sometimes by their surname, sometimes by their given name and patronym together, or sometimes by a nickname that may or may not resemble the given name it corresponds with; the effect is that it feels like there are three times as many characters as there actually are. I frequently got the feeling that this would all make sense if I were Russian.

On this go-round I was prepared for the name thing and paid special attention to who was who (and ALL of their possible monikers). This cut down on the confusion considerably.

I realized partway through reading that I am horribly out of practice for reading fiction. I kept looking for “the point”. What was the point? I got all the way to the end without finding it. What was the author trying to say? What was his message? I think my habit of reading mostly non-fiction (and the modern trend of everything being preachy and didactic) has made me forget that, sometimes, people just write stories for the sake of telling a story. This is obvious to me when I’m reading to the kids, but I often can’t remember it for myself.

I also think that this penchant for didactic reading likely leaks into my blog writing, as well. Sometimes I struggle with writing things that aren’t preachy-teachy, but are just telling a story. I want to write stories, but it seems that blog posts that teach ten ways to do such-and-such or five uses for so-and-so are the ones that everyone is looking for.

I’m not sure I’ll ever read The Idiot again, but I will try other works by Dostoevsky here soon, and I will try to remember to not look for a lesson in every page.

This month we’ve started The Neverending Story. I had planned on reading MacDonald’s Phantastes again, but we’re already one third of the way through the month and I just haven’t been able to get started on it.

What have you been reading lately?