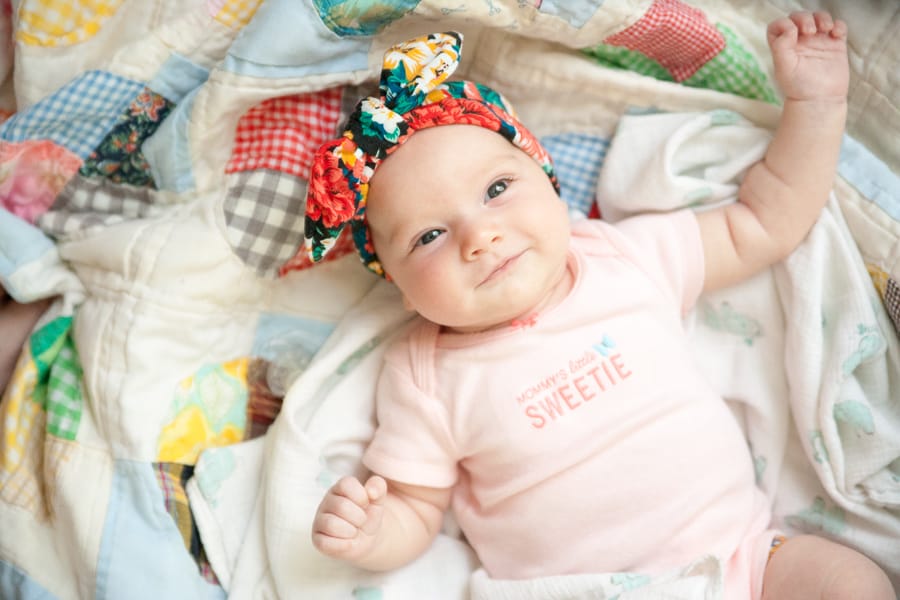 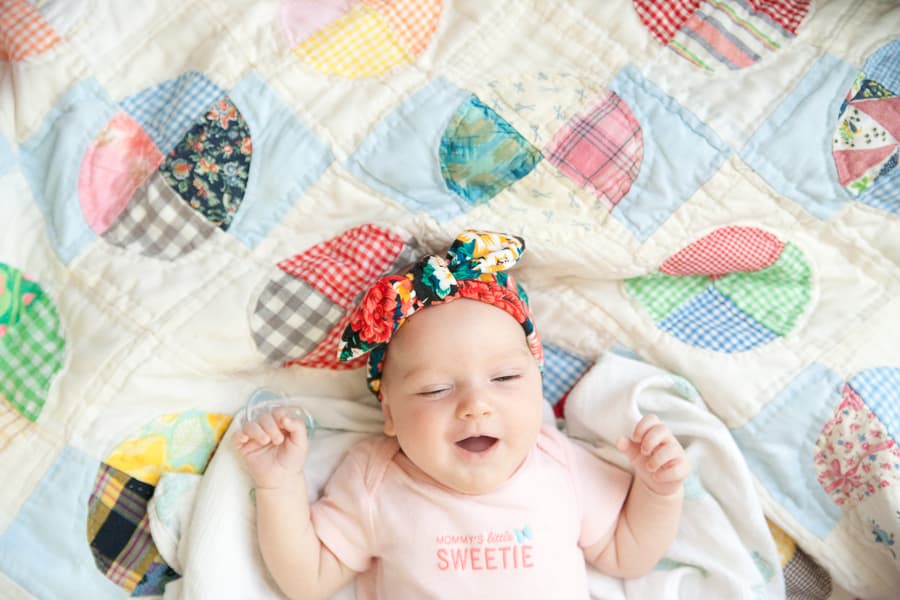 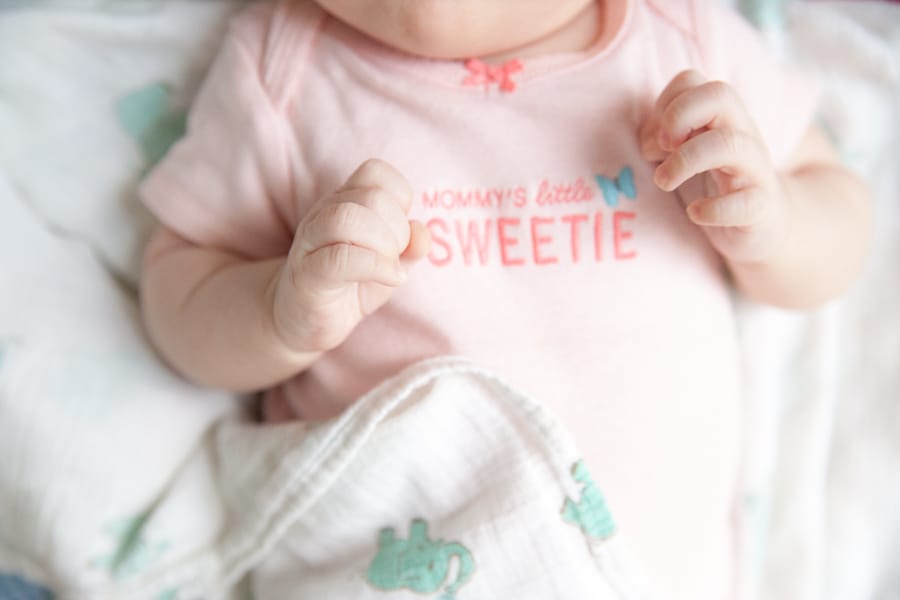 What she lacks in coiffure she makes up for chub. Little Miss weighed in at 12 lbs 4 oz at her appointment today, placing her in the 73rd percentile for weight (all of the boys were born in and stayed in the 10-20th percentile, just for contrast). She is essentially the size they were at 3-4 months. According to the doctor, she also has the gross motor skills of a four-month-old; he prophesied that we’ll be baby-proofing the house by the time she’s six months.

It’s as if she’s already sized up her brothers and has calculated how to best ensure she’s never tagging along behind the pack. She’ll give them a run for their money–at least that’s how things seem to be shaping up. She is very good at Tummy Time and already pulls her knees up underneath her. She can scoot herself forward a few inches with this maneuver if you’re not paying attention.

At any rate, she’s definitely living up to her nickname of Tiny Butters. Won’t she love that when she’s older?

Like most babies her age, her list of likes are simple: she likes to eat, she likes to poop, she likes to sleep, only not in the afternoons so much. She likes to foof and to sing hoo-hoo-hoo along with Daddy when he sings her the Hooney-Hooney-Hooney song (that’s what Nana Elvie sang to him.) She likes to scrunch up her right eye when she smiles, to toot when she coughs, and sometimes, when she sneezes, she remembers that she knows how to talk. Well, a little, anyway.

She’s the darling of the house, for sure–all of her brothers clamor to see her when she’s awake. Ephraim is especially good at getting her to talk to him. Clive wants to kiss her and tell her he loves her and that she’s beautiful. “Beaut-iful Baby Elvie,” he calls her. Anselm is ecstatic when he sees her, calling her “Baby Ahh-eee” and occasionally trying (unsuccessfully) to climb into her bassinet. The Cat wanders the house wondering where I’m keeping her locked up. She’s been so happy to have a baby in the house again.