Elvie Kay turned twenty-three months on the 3rd of February. 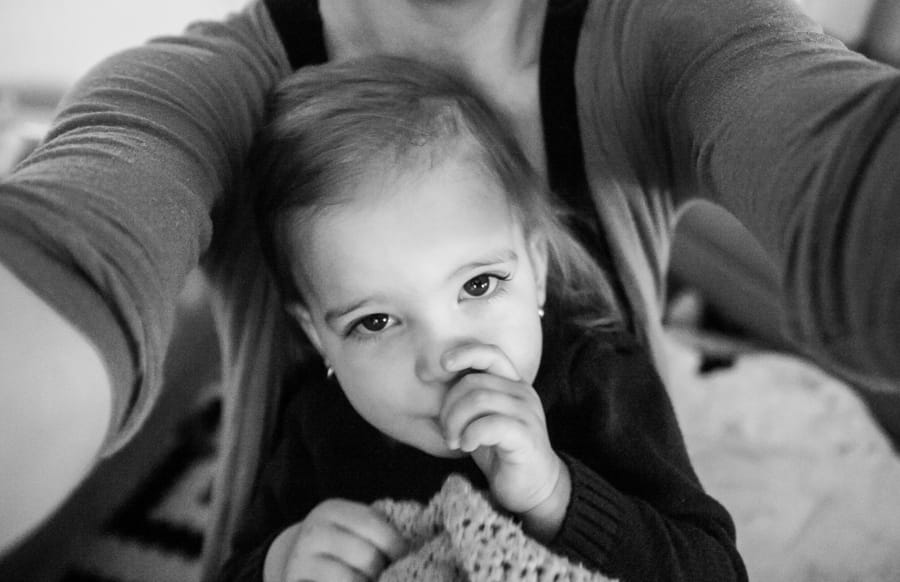 This is her last monthly update. Already things have slowed down enough that writing every month becomes somewhat difficult. She’s a character, alright, but not quite the quickly-changing character she has been. She’s settling into herself.

She’s been sitting for longer and longer books, and for more and more books at a time. She’s learning her letters, not because I’m teaching them per se, but because she’s asking what they are and of course one must answer her. Her favorite books at the moment are Madeline and Dr. Suess’ A-B-C. She can spell the title of the former.

She loves to sing. Just this weekend we went to a concert put on by an a cappella group. She sat in the audience whispering, “Sing…sing?” She enjoys joining in when we sing during Morning Time, even if she fudges half of the words. She’ll sing with me when I play the piano. And she loves her own little made-up sing-songs, which she forces me to sing with her. (“MOMMYYYYYY! SING YA-YA-YA!!”) She greets me every morning with our Morning Song. She has a song in her heart, for sure. 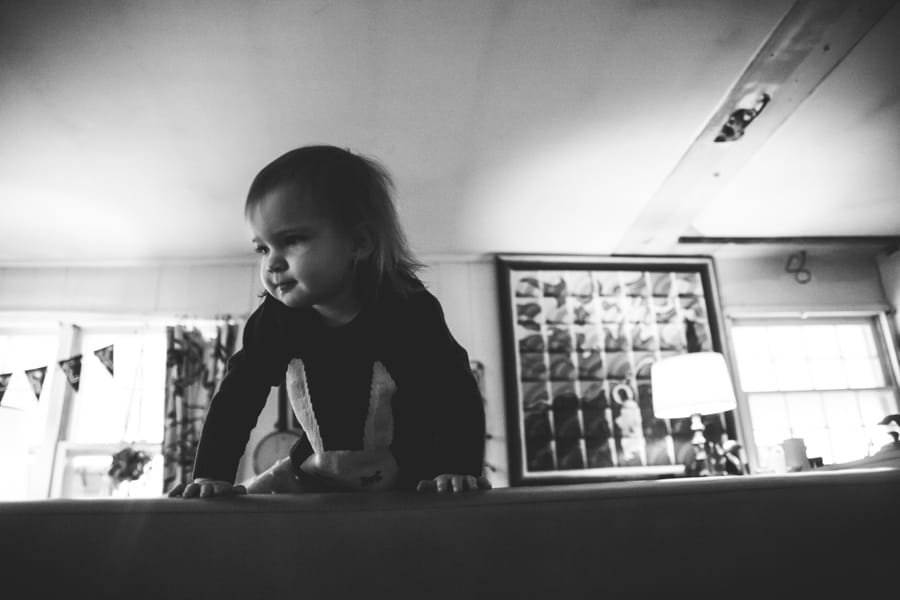 She is still an expert both at harassing and at being harassed. She and Anselm in particular have quite a daily habit of antagonizing one another, which frequently culminates in her running to me and hiding behind my legs while screaming no…no…NO! If you pity her, beware: she is the instigator at least half of the time, if not more.

Her apple swiping habit is still in full swing, and she has yet to learn that you can’t eat a banana by biting right into the side of an unpeeled one, though she is loath to give up testing her hypothesis. She still amuses herself by finding and taking people’s personal belongings to them, whether they need them or not. And she still likes to help unload the silverware from the dishwasher, though now instead of handing each one to me, she flings it into the drawer without me before I can take it from her. She’d do the whole thing herself if she could. She’s tried. 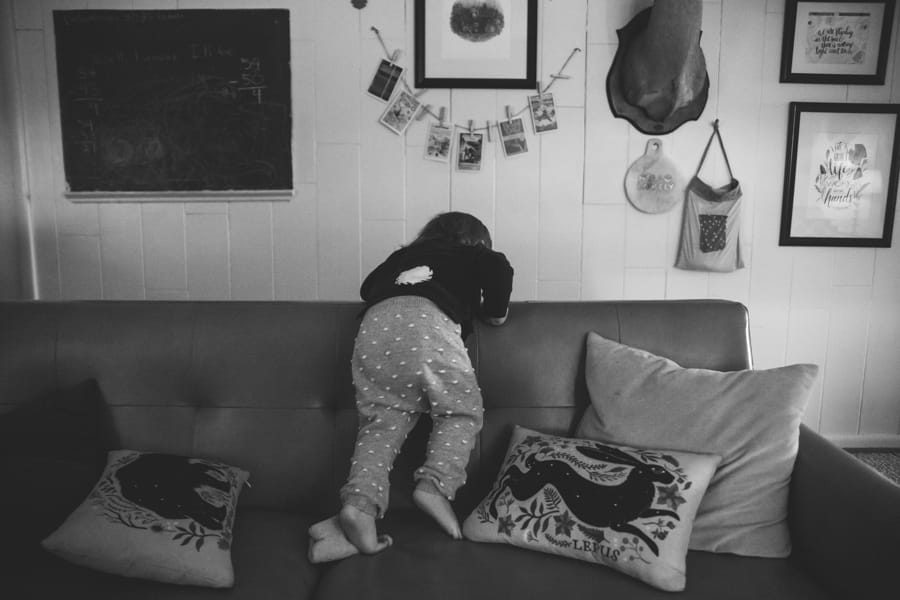 We’re working on controlling emotional outbursts and submitting that intensely strong will of hers. She reminds me of Ephraim, with whom I had quite a lot of difficulty during these early years. We got through it alright, though, and we’ll get through this just fine too. Like Ephraim, she seems to become much more settled with herself once she’s realized she can rein in the fire, so to speak.

Her hair is so long, it’s hard to remember that some six months ago it was barely there. She is beginning to like for me to do things with her hair; when I’m done, she runs off to “show Daddy.”

She is the first of the children to have a clear preference for wearing certain things. She has no problem telling me that she does not approve of whatever clothes I am putting on her. If she really doesn’t like it, she’ll take it off, and suddenly appear later in the day with half her clothes missing. I do think this has more to do with practicality than aesthetics.

Oh Little Cakies, we love you: you and your love of Salsa music; your obsession with the piano, the accordion, the dulcimer, and any other instrument you can get your hands on; your crazy swagger when you’re very pleased with yourself; your magpie habits; your delight over celestial bodies; your sweet little voice going on and on about goodness knows what, and that authoritative nod you give when you’ve finished your verbal thesis. You wouldn’t be with us if not for loss, and you were just what this family needed.