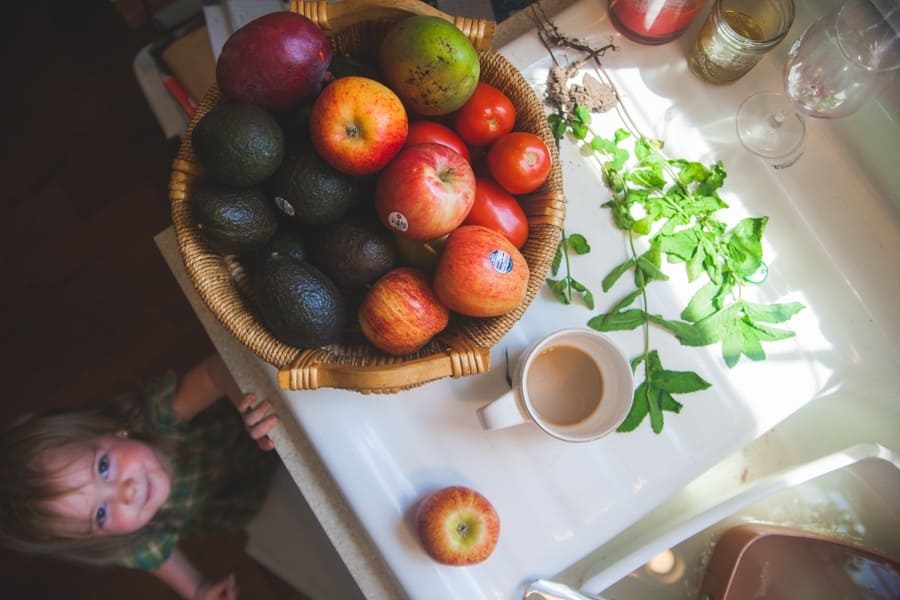 Wilting spearmint, an almost-finished cup of coffee, a stray apple, and the two-year-old who’s after it. She’s already eaten an apple this morning, so I won’t let her eat another, yet. She’s contented herself, instead, with peeling off the stickers and placing them on herself.

For the last half-hour I have sat in the oversized easy chair and nursed the baby–the baby that now contorts himself every which way instead of lying contentedly against my chest. A friend said recently that nursing a baby boy is like trying to nurse an alligator. I wrangle him, and Elvie brings me apples until I tell her to stop. Then she brings me “abocados” instead. 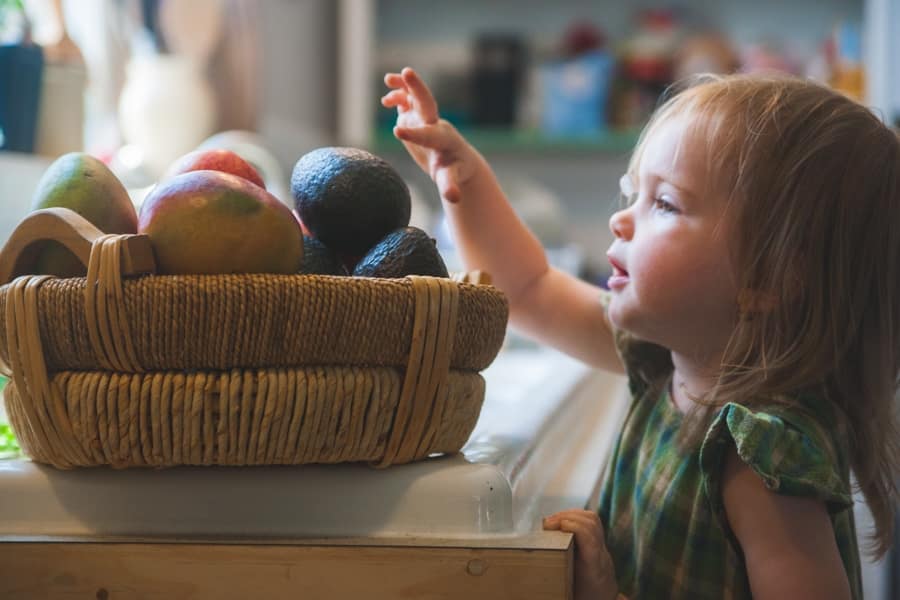 It’s just myself and the two babies (Elvie and Eldore) while my husband and the three older boys have gone off the the 68-80 yard sale. I have a few requests: a toy kitchen for Elvie, embroidery for me, and maybe an interesting mug if any can be found. Elvie doesn’t talk too much, and the house is uncommonly quiet with only the two little ones at home with me. I am aware of how ironic I would find that reality five years ago, when it was only myself and Ephraim and Clive in the house, and it seemed like the hardest thing I had ever done. Of course, Ephraim talked incessantly. He still does. 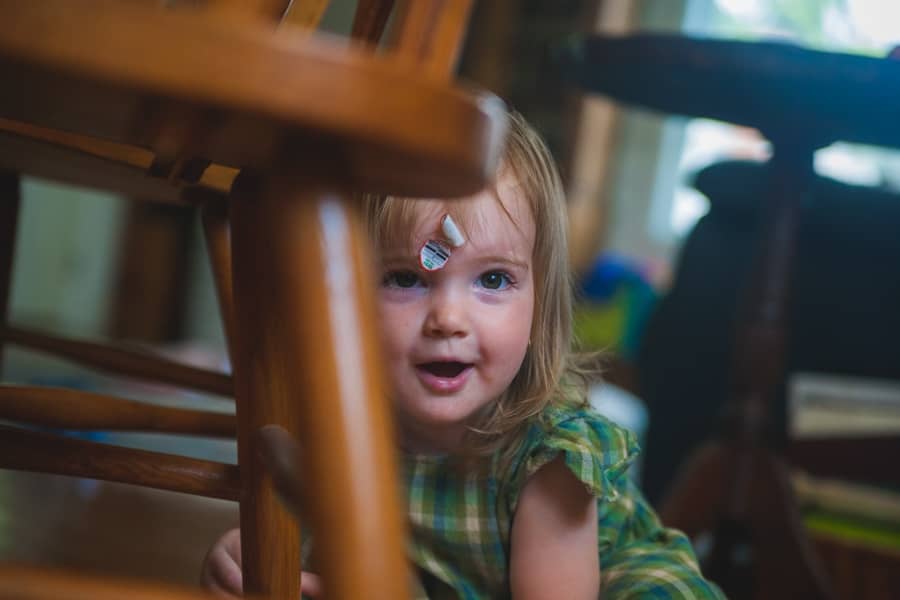 “No, Elvie, put the apples back. No, Elvie, put the avocados back.” Eventually I wise up and change my strategy. “Oh, what a lovely avocado! …Now put it back.” That works much better. She is ever bringing things to my attention: “Here, Mommy, he-re!” She does that for everyone in the family. Their blankies, their water bottles, their phones, their glasses–she knows whose is whose, and can find something in a flash and bring it to its rightful owner (whether they want it or not) before you can say “Now where did I put that…?”

I can tell in this photo that she’s on her toes, wriggling a little, because she does that when she’s excited and when she’s got her hands on something she oughtn’t.

Almost-finished coffee and wilted spearmint, and a little girl with an apple. The Morning of June 2, 2018.