He was five years old and he could barely contain his disappointment as he stood there, barefoot, in the path between the garden rows. One older brother already had his hands in the dirt, and one little brother was busy making sure his sister wasn’t digging any seeds out of the dirt. I was pulling baby tomato plants out and laying them out to check the spacing. I didn’t look up from my work, but I could see his feet, and I could hear his voice. He has asked what reward there will be for helping with planting, and he’s been told by his father there will be none.

He wasn’t happy with that answer. 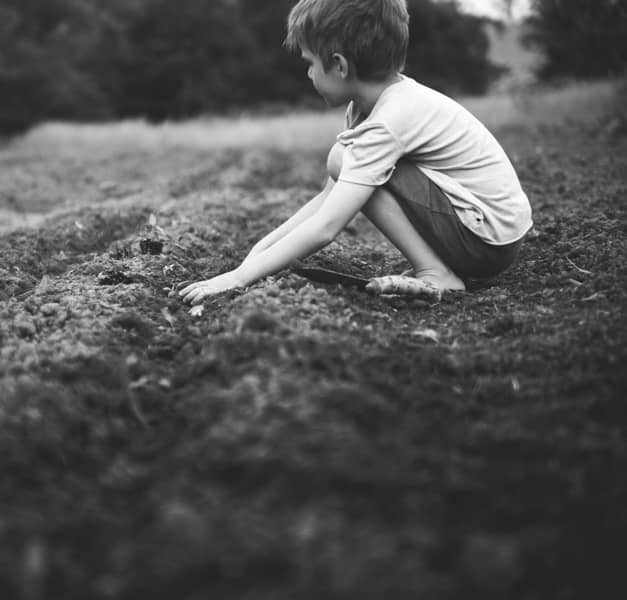 It was an honest question–sometimes there are rewards for things. He doesn’t always ask. Usually, they’re offered after the task is done. Very rarely they’re outlined before the task is assigned. The question was honest; the motive behind it more childishness than foolishness.

How can you explain to a five-year-old that the work is the reward? It is easier for Jeremy and me, who worked and prayed and (I) cried for five years to be able to move out to the country, to have a place for a garden, to have children to work the garden with us. Today’s digging in the dirt was the resolution of years of frustration. It was the activity I lamented the most over missing when I was so sick last year. It was a privilege in itself: the bringing of order, the hope of a harvest, the relief of working with your own hands, of getting your daily dose of Vitamin D without a pill.

So we tried to explain, and not surprisingly, he didn’t get it. That’s ok–it took a long time for me to get it, too. 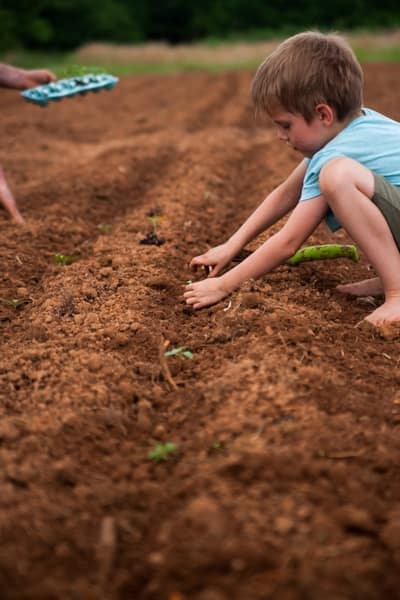 I’m not sure if it’s the human condition or the product of the Industrial Revolution or a 21st-Century malady, but we are obsessed with results, aren’t we? The end, the goal, the destination, the arrival. Process (what leads up to the result) has been despised enough that we have machines that will cook a roast in twenty minutes, roads that allow us to travel as fast as possible (and avoid as many people as possible), and if you really want to sell something, promise the result arrives with minimal effort and in the fastest time you can imagine. We do like to save time, but (as Jeremy and I asked one another the other day) save it for what?

Of course, it’s easier to see the beauty in the work–the process as its own reward–out in the garden. When it comes to the kitchen and hand-washing the dishes and kneading and frying the bread I could buy ready made to save time, can I embrace the same mindset about the work I set my hands to? Or good gracious, to the laundry, that behemoth, that buttons and engines take care of for me so I can do Other Things. Is there beauty and privilege in that process?

I can say with certainty that, should I be allowed to travel back in time to myself when I was just starting out on the road to homemaking, I would tell that girl eyeballing efficiency and “me-time” to start seeing the work as its own reward, because it’s a worldview-wrenching change that doesn’t come quickly or easily.

But maybe that’s a process to be enjoyed, too?

them apples
day in the life (morning)