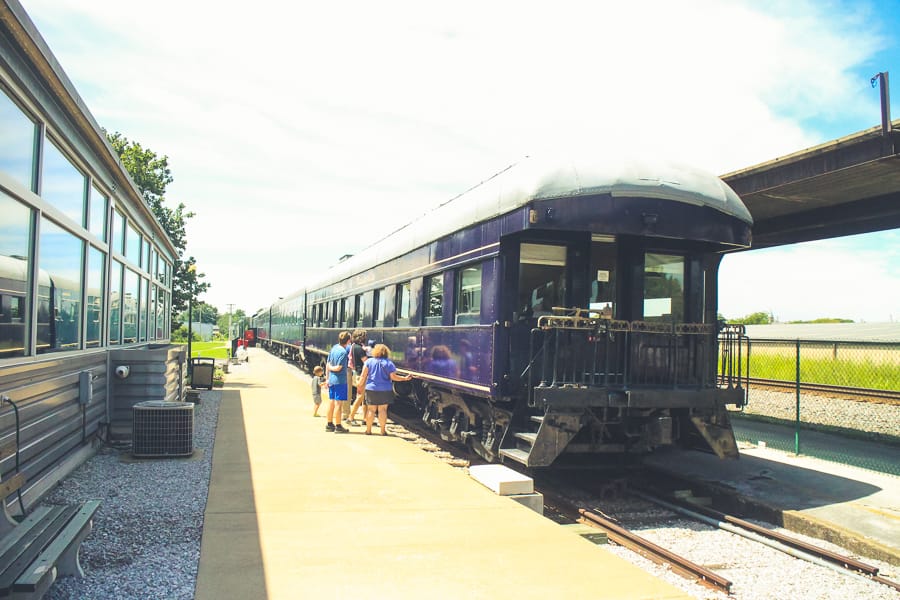 Back in August we visited the old L & N Train Station here in Bowling Green.

In 2005 I visited here with my mom to check out the depot as an option for Jeremy’s and my wedding reception. It wasn’t a museum, then–though they were working on it, I think. We ended up going with the Kentucky Museum instead, and I haven’t been back to this location since.

But on this particular day we were already driving around downtown Bowling Green with the family, so we stopped by on a whim, not really sure what we would find. 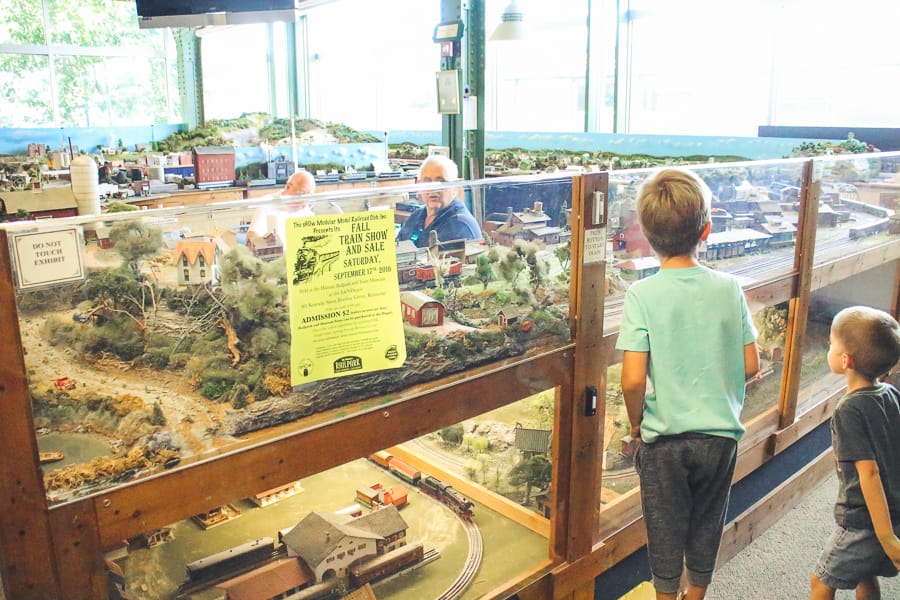 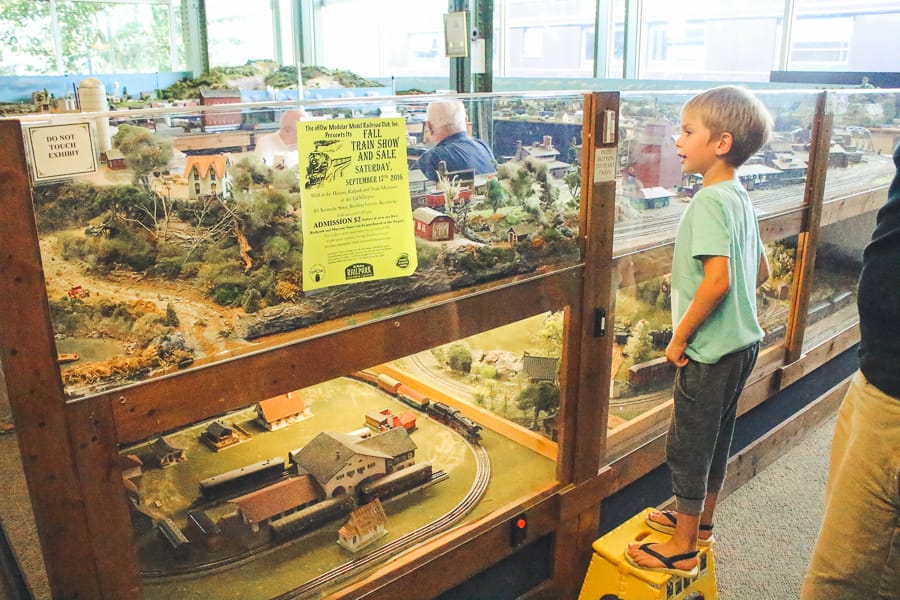 Before you enter the museum proper, there is a large display of electric trains. Ephraim was ecstatic; he has been kind of obsessed with electric trains since he found some in the basement of my parents’ house (now our house) when we moved up.

Above is a replica of the depot itself. I forgot to take a picture outside, but this model is extremely faithful to the original (giant Minions excepted, of course.) The model train was fashioned after Bowling Green in the mid-20th century. The makers included an astonishing amount of detail–old houses and factories that used to exist, etc.

That giant tent revival is actually a clever way for them to access the train. The whole panel lifts out to let someone duck through and reach whatever may need fixing or adding on to.

Clivey took up with our tour guide right away, and held his hand for a large portion of the tour.

It would have made a great reception space, wouldn’t it? I don’t remember why we didn’t choose the depot. Mom probably does.

Ah, the famous Duncan Hines. That famous cake maker, right? While a trip down the baking aisle of the grocery store may lead one to believe as such, Mr. Hines was actually a restaurant reviewer who rated (and compiled ratings) of eateries for travelers. Sort of like the original Yelp. It’s a shame that his name is trademarked to a line of food products, because it would be better suited to an online restaurant review site. Oh well.

Anselm lost a shoe early on in the tour, and I carried it in my purse for the rest of the time.

Up into the engine.

Elvie Kay was not nearly as excited for the tour as the rest of us were.

There was the mail car, engine, dining car and kitchen, sleeping cars, and the private car belonging to a former railroad president. Most were too cramped to get very good pictures of–train cars always seem so much more spacious in the movies, but they were so very small!

This picture makes me laugh. Jeremy carried Elvie Kay through the whole tour, and we realized after it was done that she had had a blowout at some point and was soaking through her clothes. Jeremy’s face says it all. Despite that little setback, it was a fun time.