Last week I shared some pictures of the outside of the new house and property surrounding. Today I’m sharing the inside of the house. It’s kind of hard to do because it’s currently packed with two households’ worth of stuff, but that makes for better before pictures, right? Right?

I mentioned before that the house is about 1350 sq. ft. Right now one whole front room is taken up with boxes and things, so we’re living in what’s more like, oh, 1000 sq ft? 1100? Plus there’s one bedroom we don’t really use so it’s more like 900 sq ft., I guess. I am being completely frank when I say I am loving it. We won’t be able to unpack until my parents can move out, which will probably be mid-summer. I am looking forward to forgetting what’s in all those boxes so I can learn to live without most of it and then get rid of it when I am able to unpack. Right now I’m just enjoying having half the space to take care of, even if it is a little crowded!

The outside, in case you forgot: 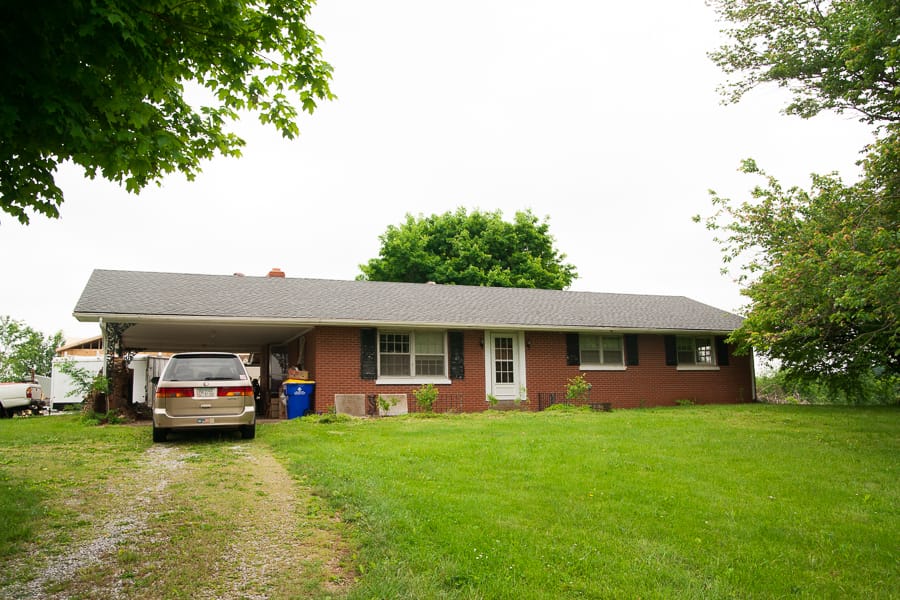 The house is a really typical ranch style, with rooms at the front and rooms at the back and a hallway in-between. We’ve never used that front door (like, not ever.) We always go around to the side door.

Here’s the first room from that entrance: 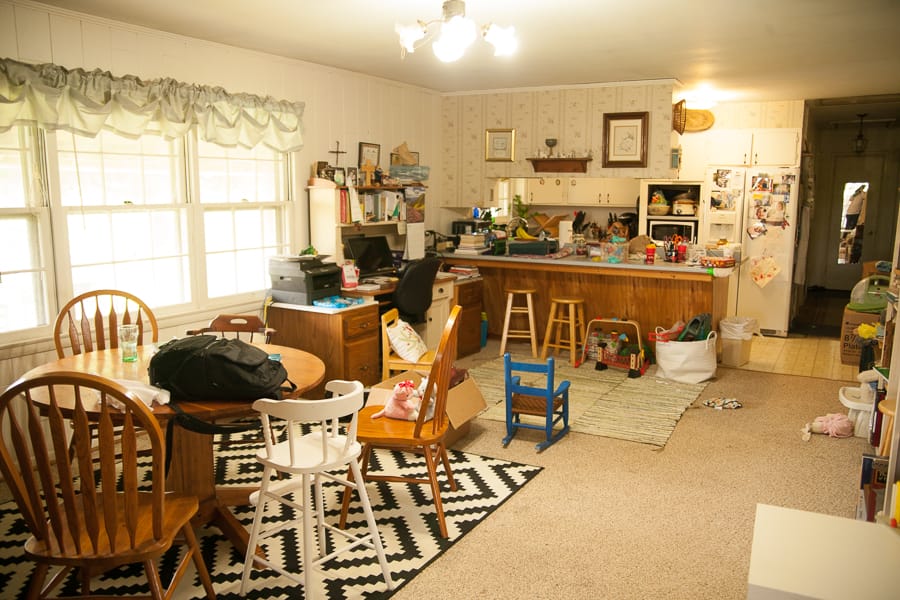 Here you can see a few things I’ve actually unpacked, like some toys and that rug.

This is a really weird room. It’s next to the kitchen so it should be the dining room…? But it’s also got the fireplace in it, which is just to the left when you walk in. It’s arranged so you can’t really put any furniture near the fireplace on account of the door and not really being able to, you know, walk in. We can’t figure out why they put the fireplace in this room and not in the front living room. 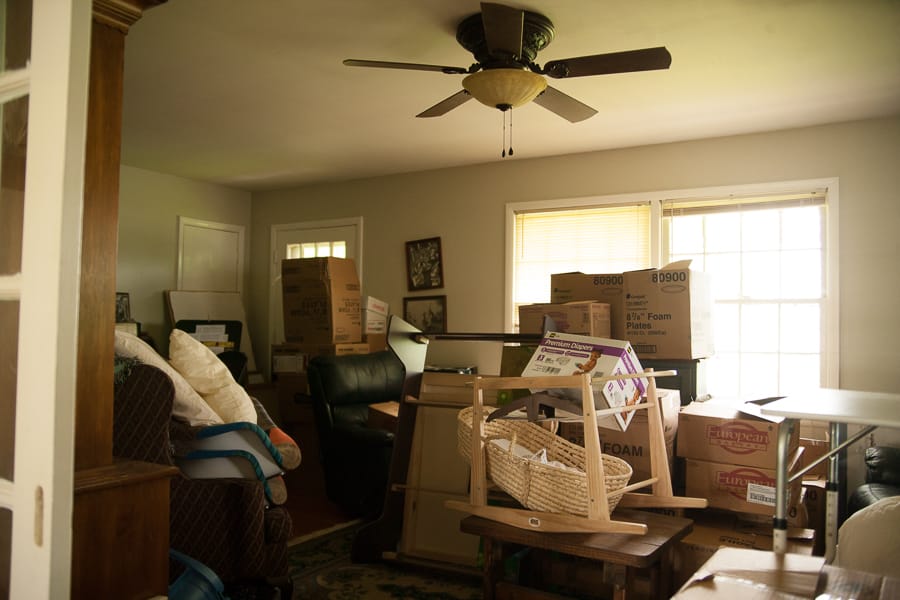 Look at all our stuff! Way back in the corner there you can see the front door which is totally blocked because we never use it anyway. This room is essentially the same size as the room I showed before. That’s important for future plans.

Here is the kitchen:

The other thing I unpacked: plants.

This is a very small kitchen. That’s why I like it. One of my biggest agonies in brainstorming our redesign has been worrying about making the kitchen too big. I love a little kitchen. No, really–there is a post in my drafts folder titled “In Praise Of A Small Kitchen.” I am too chicken to post it, but it really is the truth. Small kitchens are like small houses–easy to keep up with.

I’ve just realized I don’t have a picture of the hallway, so just imagine you’re walking down it. The next stop is the bathroom:

Anyone else have those in-wall heater thingies? We didn’t have central heat or air until I was about nine years old. I have many fond memories of the red glow of those things.

Directly across from the bathroom is the first bedroom:

Side note, that’s the bed that’ll be in our master bedroom and I’m SO excited. This room will eventually be the boys’ room.

The boys are currently sharing the room at the back corner of the house (the one that used to be mine):

I hastily re-did this room back in December and I’m so glad I did. It’s one space that feels complete, at least for the meantime.

The front corner room is the master bedroom (so called because it is the biggest of the three):

This is where Elvie Kate and I are staying now.

In case you’ve been keeping score and are wondering where the heck my parents are staying, don’t worry–they’re not sleeping in the half-done Ham House. They have an RV that they’re glamping in for the meantime. It has two TVs (the house has none, if you noticed) so they’re doing OK.

Oh boy. A doozy of a before! We’ve been here two weeks now–there are no Afters forthcoming for quite a while, but I’m looking forward to sharing the process!

over and over
three months (elvie kay)