Eldore Rex turned ten months on the 19th of September.

I missed his nine-month post, partially because I was sick and partially because he started crawling not long after he turned nine months, and there just wasn’t a whole lot interesting to say about the previous month in comparison.

So that’s our biggest news: all of his efforts reaching for things, getting up on one knee or maybe both, and rocking, rocking, rocking back and forth finally paid off in forward motion. Now there is simply no stopping him. He is into everything–I’m sure you’re shocked–he spends his time busily crawling from cabinet to cabinet and drawer to drawer to find all the things he’s not supposed to touch. 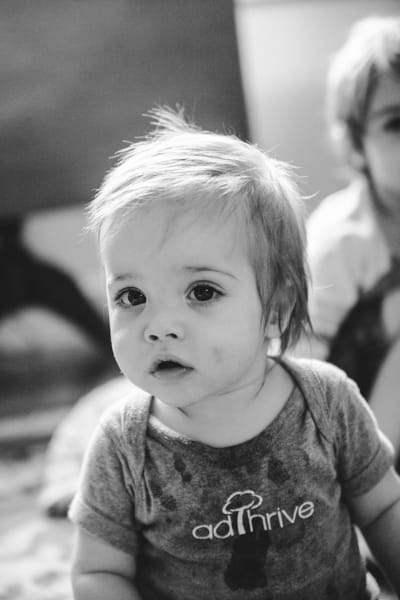 That nice little bruise on his cheek is from getting caught up mid-crawl and faceplanting on the toy he was after. Poor thing! It didn’t deter his crawling at all, but he does tend to get a little bogged down when both knees are on the floor. He has remedied this by crawling on one knee and one foot. He can hustle along much more quickly that way. He does tend to use two knees on carpet, mostly, but on the wood floor (which is most of the time) he sticks to his knee-foot method. 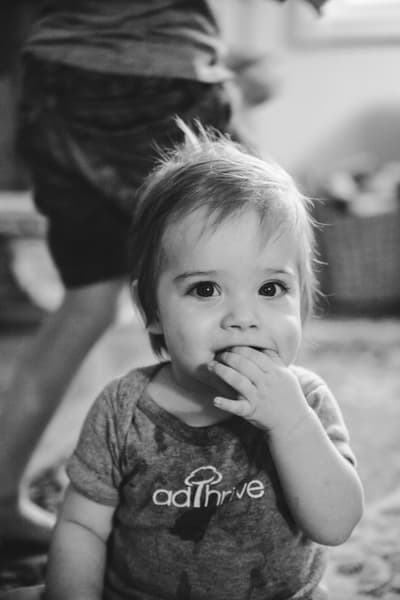 Once he learned how to crawl, he went directly to pulling up in his crib. This meant several nights of waking in the dark, pulling up in bed, getting stuck there and having to wail for Mama to come get you. Thankfully that phase did not last very long, and he discovered that he wouldn’t die if he let go of the crib and flopped down on his backside. He doesn’t pull up on many other things yet, but as soon as he’s in bed he stands up and jumps while holding the side of the crib.

The most exciting side effect of his newfound mobility is that he makes a beeline for whatever outside door has opened as someone has come into or out of the house. And Elvie is very slow at getting out the door (she’s like a cat, that one) so we have had a few close calls as she meanders through the door and Eldore crawls with all his might to get there before she can remember to shut the door behind her. There’s been no escapes or tumbles down the porch steps yet, but I suppose there’s still time for that. 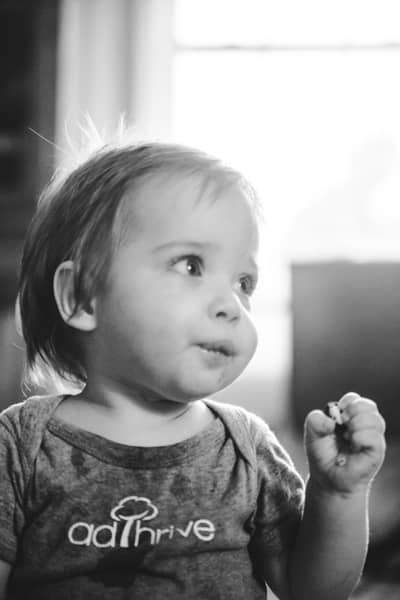 The Baby loves to eat. Eat, eat, eat. He can really put food away. His favorites are applesauce (he will have two bowls) Greek yogurt (again, two bowls, though shared with Elvie so really more like a bowl and a half) and peanut butter and jelly sandwiches (he’ll eat the whole thing, generally). At breakfast, he gets his own egg (this is usually after applesauce or yogurt) and demands a tribute of English Muffin from either his father or myself. He accompanies his meals with many delighted mmmmmmm and yuuuummm sounds. And he will holler at you when he’s thirsty and you haven’t given him a sippy cup yet.

He moved back into his own room that he shares with his sister. Their sleep schedules don’t exactly match up, but thankfully Elvie is a very heavy sleeper and isn’t bothered by him waking around 6 a.m. and singing, fussing, whining, or finally yelling to get up. They take their afternoon nap together, too, and spend a good thirty minutes laughing at one another and jumping in their beds before settling down.

inconvenient babies
Hope and The Home, part one