One day, while we were driving to the store with the Andrews Sisters playing on the radio, I heard this little voice in the backseat sigh, “Mama, I want to rock out.”

I’m not sure where he learned that particular phrase, but I understood the sentiment and changed the song.

I guess it’s part of the side effects of buying your children prophetic sweatshirts.

We’re playing trains this morning when Ephraim finds the arms of a plastic railroad crossing. Immediately the trains are forgotten. “Can I get my drums??” He says. “You wanna get my drums out, Mama?”

His “drums” is a set consisting of two toy drums, one real drum, and a Lincoln Log canister, which has to be emptied of its contents before being converted into an instrument. In the line up, it becomes a cymbal.

He arranges them all in their appropriate spots, then asks to listen to music: Benjamin Britten’s The Young Person’s Guide to the Orchestra.

“NOT Peter and the Wolf!” He insists. 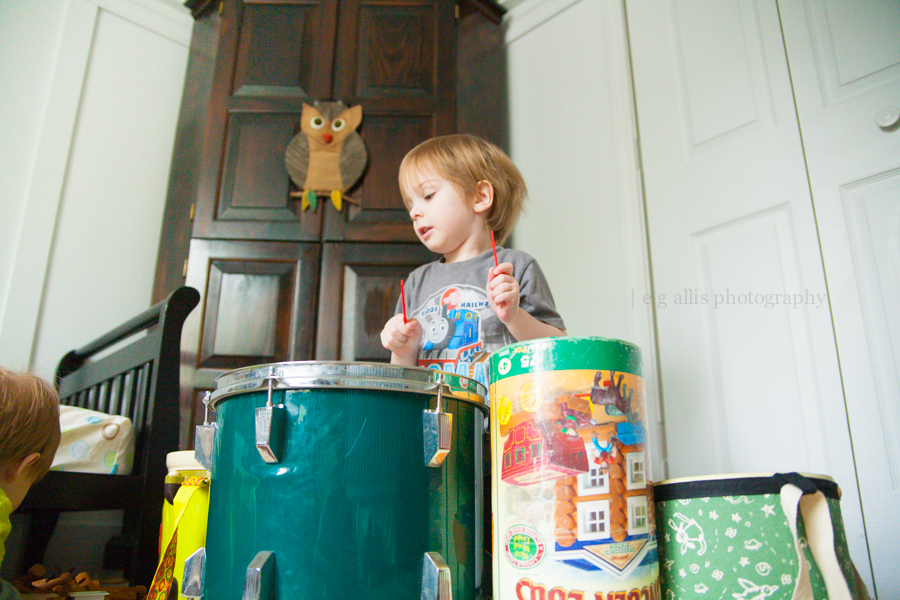 It’s an odd choice, maybe, for someone can’t rock out to the Andrews Sisters, but once the music starts, he throws himself into playing with every inch of his being. 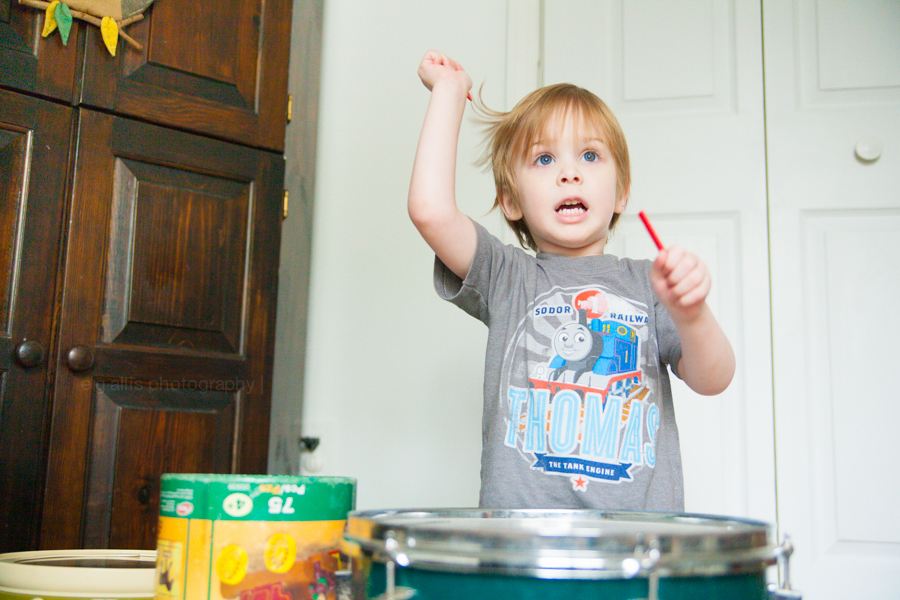 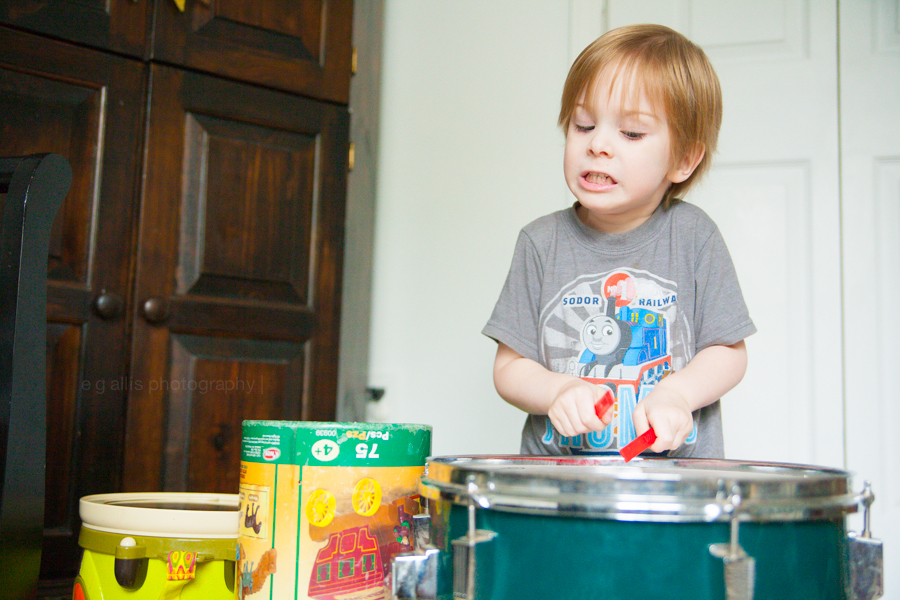 He pauses during the parts played by strings and woodwinds. His heart is all brass and percussion.

“That’s a bassoon,” he says a moment later. He’s right.

The fugue starts, and he’s engrossed in it; he follows the rhythm of the main theme as it’s carried by the horns and adds his own flourishes of drum rolls here and there. The grand finale is a flurry of drumbeats, and after the music ends, he grins. “I’m playing the drums, Mama!”