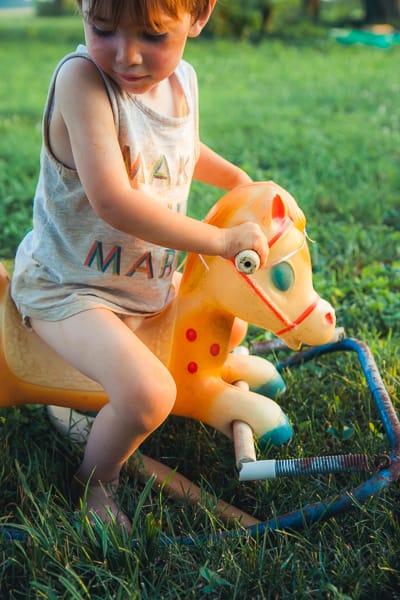 On this particular morning he was flipping through a book–Sam and the Firefly. They love this book, and we read it frequently. He must have gotten the book while he was waiting for the light to go off. I greeted Ephraim, then lifted Anselm out of his crib and laid him on Clive’s bed to change his diaper.

Ephraim was gazing at one of the last pages of the story when he asked, “Mom, why are they happy that the train has stopped?”

I was still busy with the diaper as I answered, “Because it would have killed them if it hadn’t stopped.”

“Who would have been killed?”

“The Hot Dog Man and Gus.” I thought a moment, then addde: “It may have killed the conductors, too. The train may have derailed.” I prepared myself to explain the term derail, but he must have known it already because he didn’t ask that question, choosing instead to quietly continue flipping through the book. I finished with Anselm, and the toddler clambered off the bed and pranced out into the hallway.

There was something about the question and answer that prodded my mind; something about the mortal danger of the climax of that story that was significant. I wondered: what the story would be like if there were no imminent train crash at the end? If Gus’s repentance came not during his imprisonment in a jar (which I have always kind of assumed the Hot Dog Man was going to toss into a river or something) but at, perhaps, the sight of the Hot Dog Man’s tears? Of course, there aren’t any tears from the Hot Dog Man in the story, because the Hot Dog Man is not sad, he’s mad. His feelings have not been hurt by Gus’ “bad tricks”, his livelihood has been compromised. He’s beyond indignant, and, in my humble opinion, he has every right to be.

There are worse things to suffer than hurt feelings. 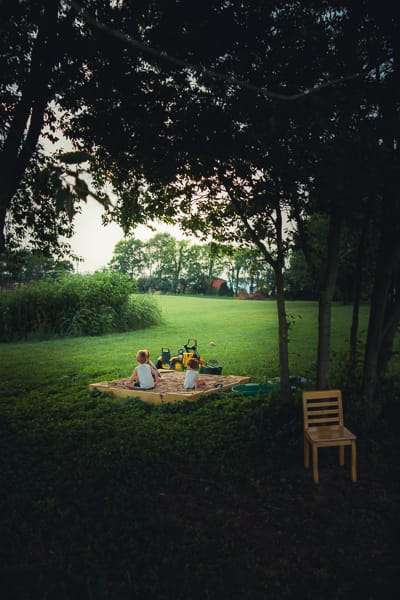 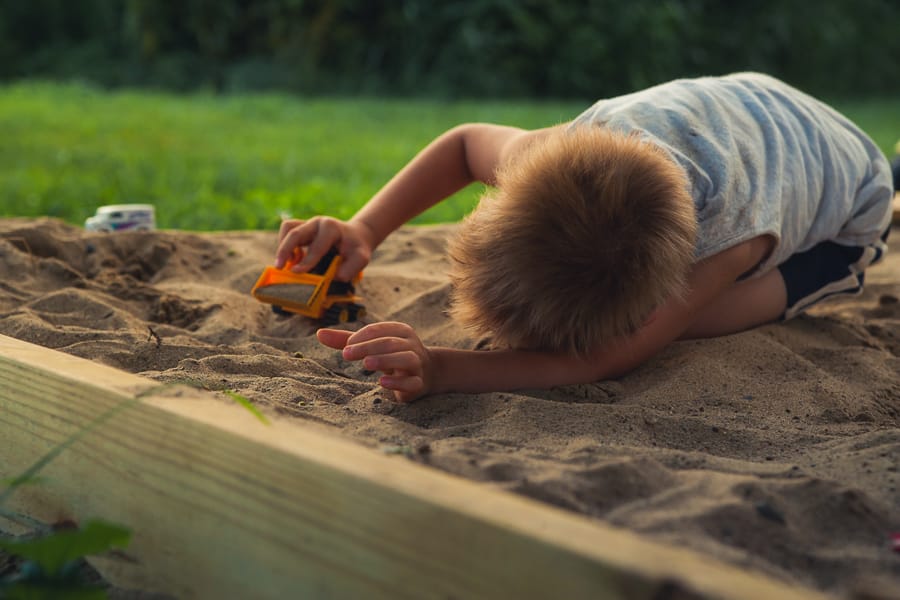 the scary part of safe spaces

I should explain a little–I think often about stories and the dangers or scariness of them (or the lack thereof) and I marvel specifically at the sharp decline in young children’s stories that incorporate these kinds of scenarios. It seems like the pinnacle of peril for a character is suffer is bad feelings. I am thinking specifically of a TV show that the boys used to watch in which traditional fairy tales were re-worked into a kind of preschool village where there were no good guys or bad guys, only misunderstandings and occasional sadness and fears about going down a tall slide or losing a pet lizard (not by death, of course, just by misplacement.) There’s no real pain, no good or evil, no danger–it’s a very safe and painless place to be.

I can think of at least two results of raising a child on these secure and bland stories. The first is a dullness to the wiles of evil. The giant isn’t really bad, he’s just grumpy because he needs a nap. The Big Bad Wolf isn’t really bad, he just keeps knocking the pigs’ houses down because he is sad and lonely.

(Just a few nights ago, while we were reading Farmer Giles of Ham, Ephraim was totally taken in by Chrysophylax’s laid-back and friendly demeanor when he first meets Farmer Giles on the road.  “Aw Mom, see, he’s a nice dragon!” Ephraim protested in a voice that implied that I was reading the story wrong. Then his eyes widened as I reminded him that only a few pages before we had learned that Chrysophylax had eaten several people in a neighboring village. “He’s a sneaky dragon,” Ephraim said then, half to himself, his brow furrowed.)

The second result is a complete lack of an objective frame of reference for what suffering really looks like–the self is the touchstone for all experiences, good and bad. I’m sure this won’t surprise anyone, but my children have never had their lives threatened. They’ve never actually encountered a Bad Guy (as they’re called in our house.) They’ve never been in a position where their health and well-being were seriously in jeopardy. As a whole, the very worst parts of their day come when we’re having something they don’t like for dinner, or someone has run off with someone else’s toys, or one brother has flushed their pee before they could do it themselves (I do not understand why but this is a frequent conflict in our one-bathroom house.)

A while back, I was trying to explain to a couple of friends why Snow White was my favorite Disney movie to watch with my then-four-year-old Ephraim. Besides the point that the plot is simple and good and evil are clearly defined (and that clearly-defined Good wins) I found the fact that Snow White’s life is threatened to be an enormous point in the story’s favor. But I wasn’t explaining very well, because I didn’t completely understand why I was categorizing this plot point as significant. As I paused in my monologue, one friend asked if it was because Ephraim could relate to that danger, and we all laughed at the absurdity of her statement.

It took me a while to pin down the reason, which was this: that being taken out to a meadow, being told that your stepmother is trying to kill you and will surely succeed if you come back home, and that you must now strike out on your own with absolutely nothing but the clothes on your back–that’s frightening. That’s frightening to children and to grown-ups too, and none of us would like to be in that situation if we could help it. It’s a real danger that Snow White is facing, and it’s a real danger that the Hunstman is facing, because he’s defied the Queen and will surely be put to death once she has found out that he has disobeyed her.

No, it’s the fact that he couldn’t relate to it that was important. It provided a point of reference for the trivial dangers he faces now, because if you’re comparing death threats to prematurely flushed pee, there’s just no contest. As he matures, he is learning that people do face that sort of peril, and he may face it himself one day. Until then, his chief understanding of this truth comes from the stories we read.

I don’t aim to trivialize the conflicts my children face, but neither do I want to magnify them beyond their proper place. It is very en vogue to glorify feelings, isn’t it? Usually the first thing I do in the morning is to ask myself, “How am I feeling?” and then act accordingly. I have been trying very hard to replace that impulse with the fact “I got plenty of sleep last night”, which is true 95% of the time. It is tough going, but it radically changes the trajectory of the day when I manage to do it.

And I realized–sitting there on the bed with a folded-up dirty diaper beside me, Ephraim’s questions and my answers still echoing in my head–that one of my highest hopes for my children is that they would be immensely cautious and concerned with the feelings of others, to never harm intentionally for the sake of harming (though some people will consider the truth harmful, and you can’t please everyone). But that they would place a quite small amount of attention on their own feelings, finding them unreliable and liable to take offense at even perceived wrongdoing, and would instead focus on the truth of who they actually are rather than what people say they are. This is important, particularly in regards to our faith, because the Christian who is obsessing over what mean things people are saying about and to him is a Christian whom the Enemy will keep satisfyingly occupied with trivialities instead of the truth.

It’s an immensely tall order and I know it, and I mostly know it because I am daily working through it myself. I am not entirely sure what it would look like to achieve this paradoxical awareness and apathy, but I imagine it has something to do with being shrewd as serpents and innocent as doves and is not fully achievable outside of the Grace of God.