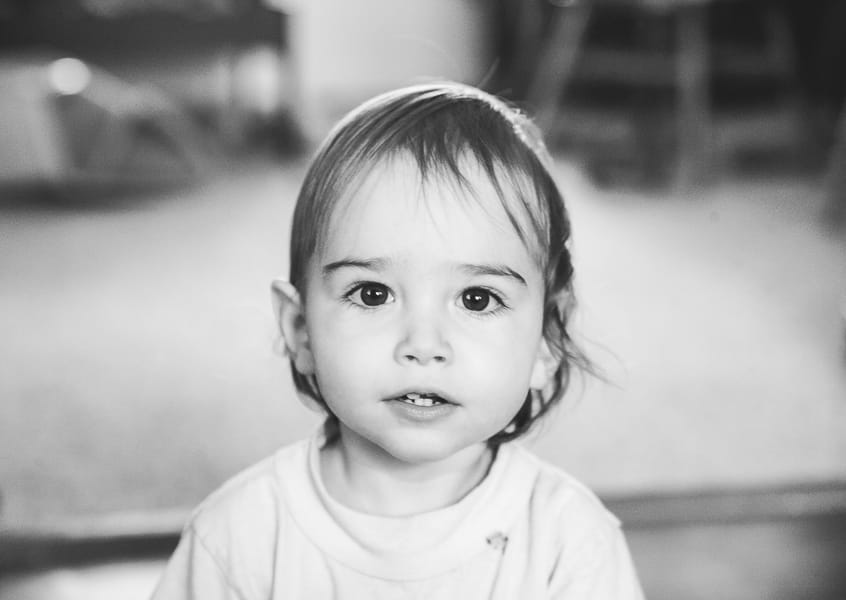 Oh, the personality emerging. A tiny wallflower? He is so solemn and reticent around people, even ones that he knows. But then I catch him trying to flirt with a waitress at a restaurant–even though she doesn’t see him, he bats his eyes and tilts his head sweetly and “winks” and plays peek-a-boo. But the truth is that if she came over to talk to him, he’d clam up with that innocent, lock-lipped expression and refuse to so much as look at her. He is not afraid of people, and he doesn’t really even act shy. He just kind of shuts down.

He had me thoroughly and completely freaked out this month by not really talking and refusing to even sign. This is not completely new–he’s always been very quiet–but the fact that he was quickly approaching the age when Ephraim perfectly repeated “cereal” and he mostly wouldn’t even tell us “bye-bye” was really becoming concerning. Fortunately for my nerves, he started to come around just as I was googling “15-month-old speech delay” and “signs of autism in toddlers”. 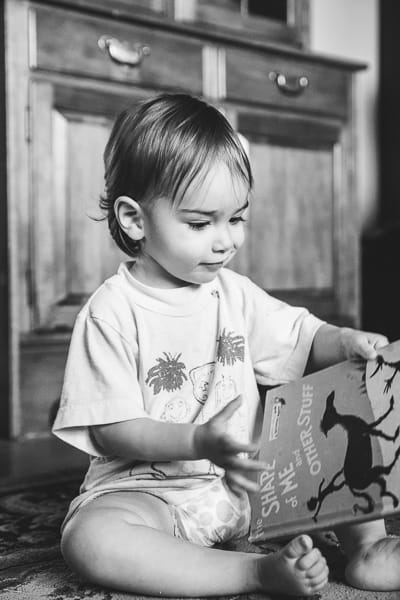 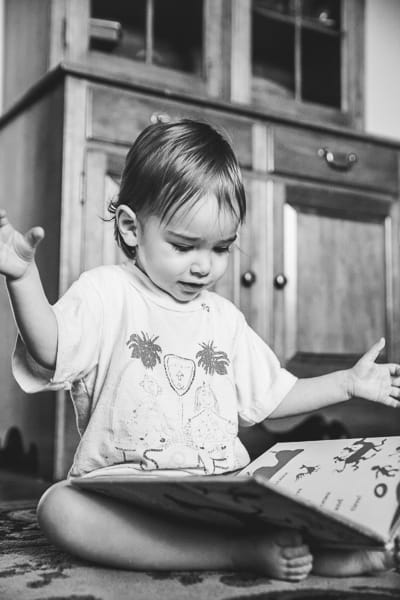 He started talking again (just a few things) and signing in the same day, as if he was just waiting for the right moment. It has been very nice to be able to communicate with him, even if he is still kind of selective as to what situations require the addition of his voice. Just today he was asked to try and say “Gee-gee” for Great-Grandma (which he is totally capable of doing.) He didn’t say it, but he smirked knowingly in a manner that let everyone know that he knew what was requested of him, and he wasn’t about to do it.

This is exactly the look he gives people instead of saying “hi”, “bye”, etc.

He is a mini-Clive in his reluctance to walk. He has grown very steady on his feet, but when you try to get him to let go of your hands, he crumples to the ground. This is exactly what Clive did, and has me thinking we can expect him to walk on his own in about four months or so. Hopefully before his second birthday, right? Right?

He is showing a keen interest in and enjoyment of music, and likes to hum along to things. He is also trying out his drumming skills in the same fashion that Ephraim did as a toddler. It’s interesting to watch.

He adores his family above all people, being of course extremely reluctant to interact with most anyone who is interacting with him. I can see him being one of those children who is extremely solemn and quiet until he is at home, with “his people”. I am pondering this. His brothers are, of course, highly prized by their Baby Brother, and they in turn adore him and are extremely protective of him.

true and lovely
a golden walk