There is something of a lack of pictures for this post, since we just rolled in from spending a week with family and there is a little too much to be done to bring the camera out.

This has been such a fun month for Master Clive, with him becoming extremely verbal and talkative. Not just his ever-intentional (and unintelligible) Twiggese phrases, but real words, attempted English phrases (like “what’s this?” and what Mama believes to be “look at that!”) and finally–finally–the sign for “please”. He also frequently talks to himself while he plays, which is beyond adorable as there are few things in the world sweeter than a pre-toddler’s voice.

This newfound communication means that when he expresses desire for something, and he knows that you know that he knows that you know what he is asking, there is a spectacular display of emotion when he is refused. Mama imagines that all that passion and fervor will be directed towards a good cause, someday. Hopefully. 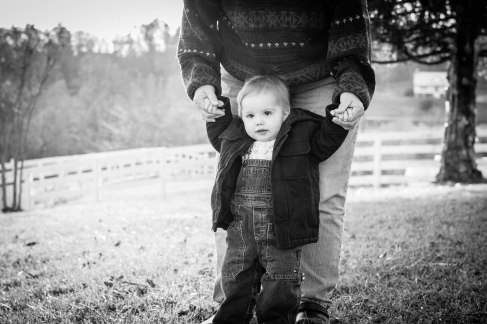 This month he started letting go of things and standing briefly before falling down. He also became confident in walking while only holding on with one hand to the person assisting him. In case you don’t know us personally and haven’t caught on through his posts, Clive has what can best be described as a gross motor delay–though he progresses steadily, he’s a couple of months behind the curve. I imagine he’ll be set to walk around the time that his baby brother is born. I’m not sure if that’s a good thing or not. 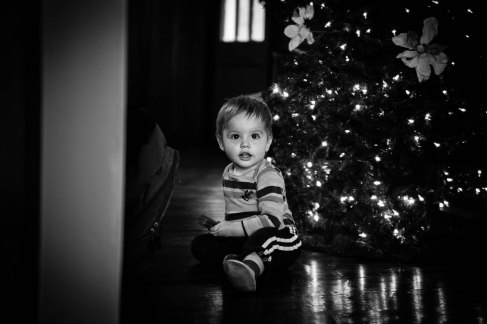 He is in full-fledged Monkey See, Monkey Do mode, and tries his darndest to do things exactly like his Big Brother does. Thankfully, Big Brother is too young to see this as anything but hilarious. Unfortunately, Clive is the daredevil of the family without trying to copy his brother’s antics, so this habit strikes Mama as both endearing and, at times, quite dismaying.

His personality has become even more robust–if that’s even possibile–and his sense of humor is appropriately boyish. He giggles uncontrollably when another family member passes gas, or when he can manage to poke somebody in the eyes.

He looks more and more like his father everyday, which pleases Mama to no end. He is growing so fast, and all set to be a Big Brother himself in just a few short months. He will be excellent at it.