Half a year, already? My goodness!

On our last month-iversary, we started eating solids; in keeping with scheduling milestones on the seventh of the month, Anselm chose today to begin making m sounds, which means he mumbled “ma-ma-ma-ma” to me today. Since I’ve been very stringent on what I christen a real “first word” with the other two (choosing only to count intentional, intelligible utterances as “words”) I’ve taken the liberty to throw caution to the wind and secretly beam with glee that he is already saying “mama”. Yes I know it’s silly, but you know. Babies and brain cell loss and all that.

He’s trying so, so very, very hard to get around. He does manage to scoot backwards while on his tummy, which he doesn’t find amusing in the slightest. Sometimes I put him on his play mat on his back, and when I come back he is a few feet from where I left him. I’m not sure how he does that as I’ve never actually seen him scoot around on his back. He may be walking already and just pretending to be stuck on the floor. Who knows? 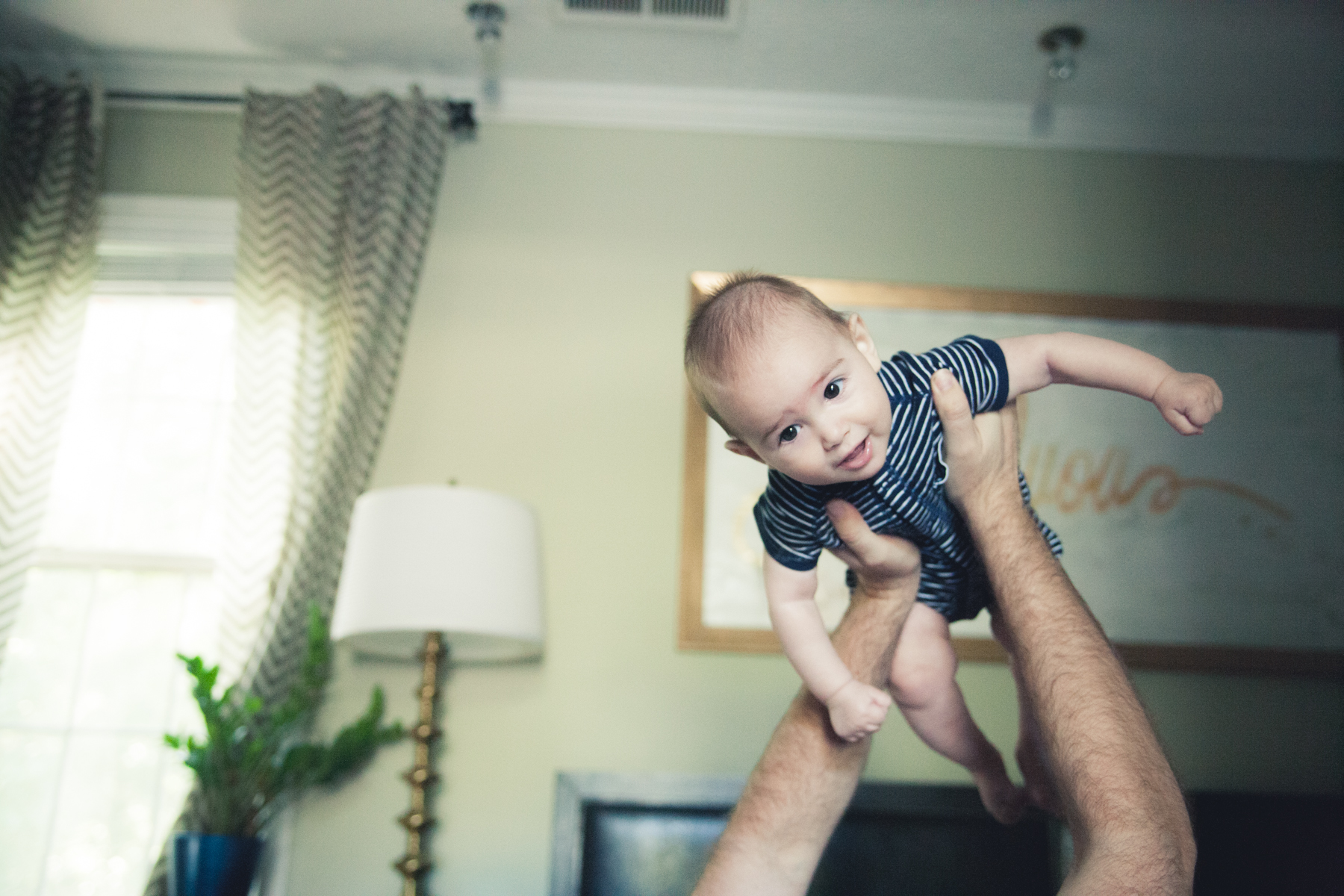 He is beginning to really like the Cat. She harasses him anytime he’s within paw’s reach. He used to fuss at her, but now he is obviously very pleased when she shows up. Though, if he keeps up this scooting business, they may have the shortest relationship of any of the three boys. She tends to suddenly disappear when they get mobile. 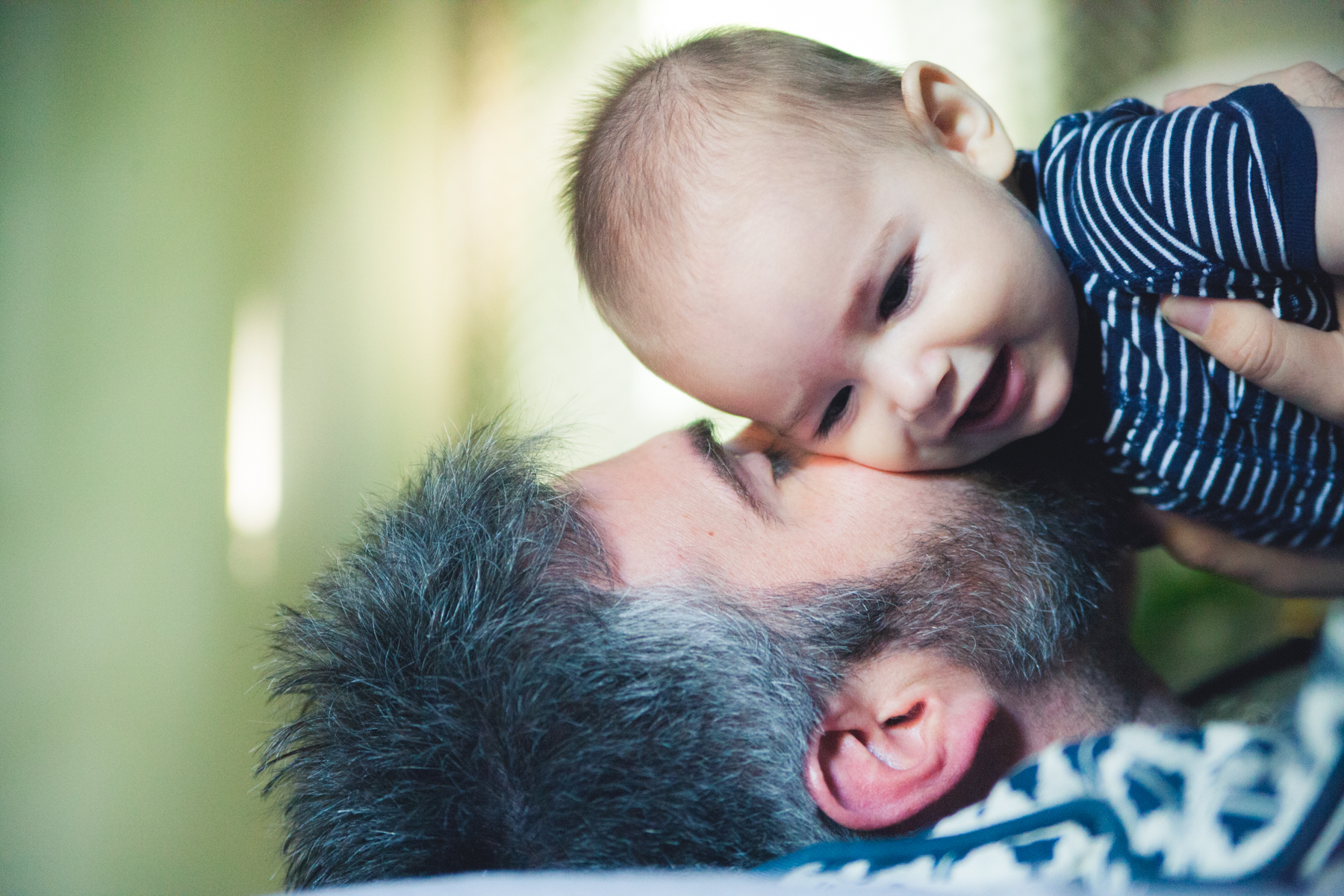 We realized tonight that his voice–while laughing, at least–seems to be much deeper than the other two boys’ voices. He kind of laughs like Goofy. I love it. Simultaneously, he is the best squeaker. He’s got a range.

I’ve said before how sweet he is, and I wonder sometimes if I say that because he’s a baby and all babies, really, are sweet–but he has such a congenial personality. He doesn’t meet a stranger. He’s a joy to take places because I know he brings joy to other people.

He dropped the dreamfeed this month, and now sleeps twelve hours at night. That was a blessing.

He’s really long–he’s had to move to 6-9 month sleepers. He’s been putting those long legs to good use in the Johnny-Jump-Up, though I keep forgetting to get any photographic proof of it.

I see a little family resemblance, don’t you?

how to start a tradition
the remy-anselm hour