As I type he is seated on the floor behind me, nestled in the boppy pillow; although when I turn to look at him I find him flung backwards and looking at me (upside down) with an eager expression. He will not sit up for long–not because he can’t, but I think maybe he is not content to–he flings himself at whatever toy is nearby (always better than the one he has in his hand) and ends up on his belly, or on his side, or draped across the pillow backwards like he is right now, and inevitably blowing raspberries. 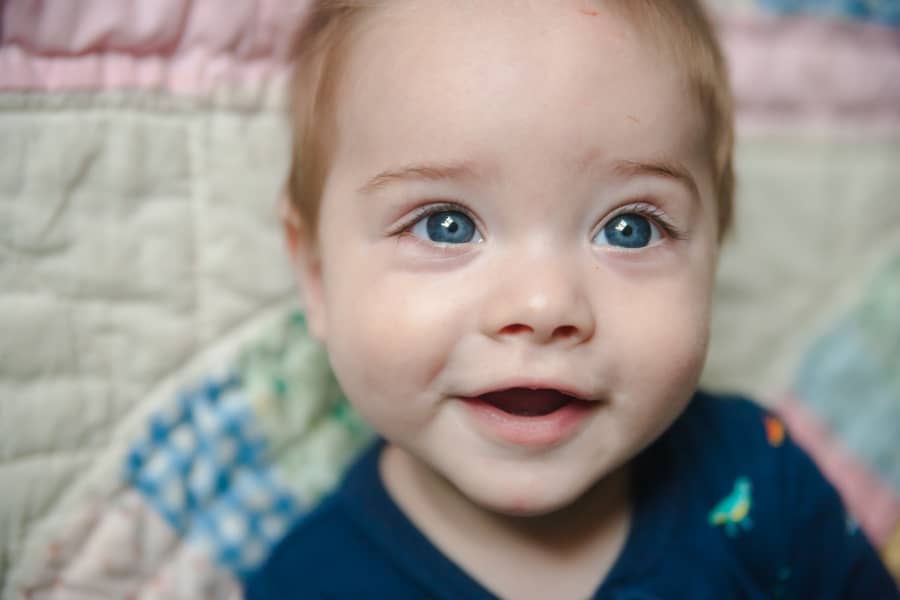 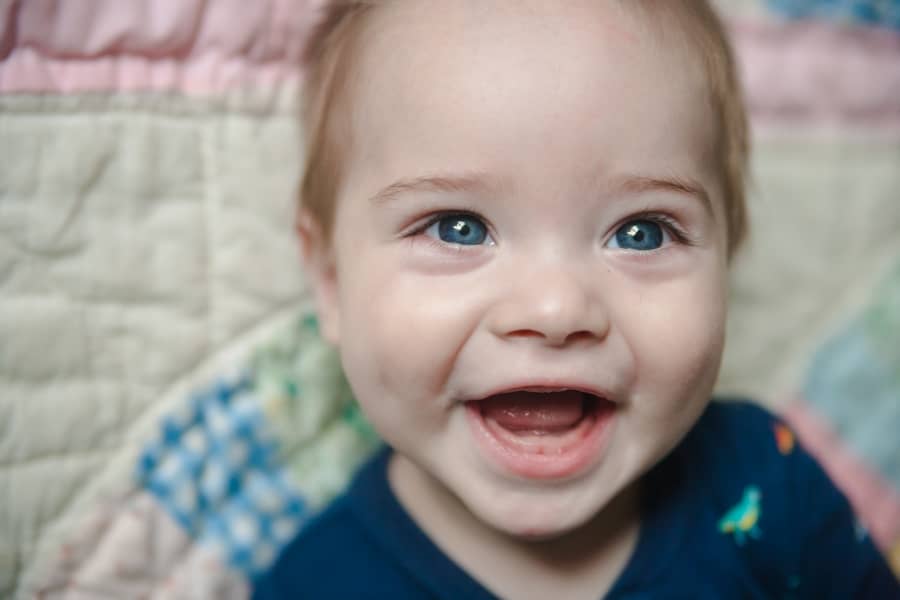 Eldore is the smilingest baby. He got over his Stranger Danger phase with astonishing swiftness. Now he is back to charming anyone who will look his direction; he immediately flashes his huge, gummy, takes-up-his-whole-face-smile, which shows off his solitary dimple to his greatest advantage. There is a sweet, artless air in his smiles, unlike some babies I’ve had that seemed to know they were handsome (ahem Anselm). Eldore seems to be simply and genuinely pleased to see you. At least, he seems that way for now, and probably because he can’t talk yet and it’s easy to project my own thoughts onto him.

Though he smiles easily, his laughs he doles out only rarely, and only to the most deserving. This means (usually) his brothers and Elvie. He has a sort of “heh, heh” he gives to me. Sometimes (if Mama is very funny) that is elevated to a “ha, ha.” But his all-out giggles are reserved for his siblings, a fact they revel and delight in. 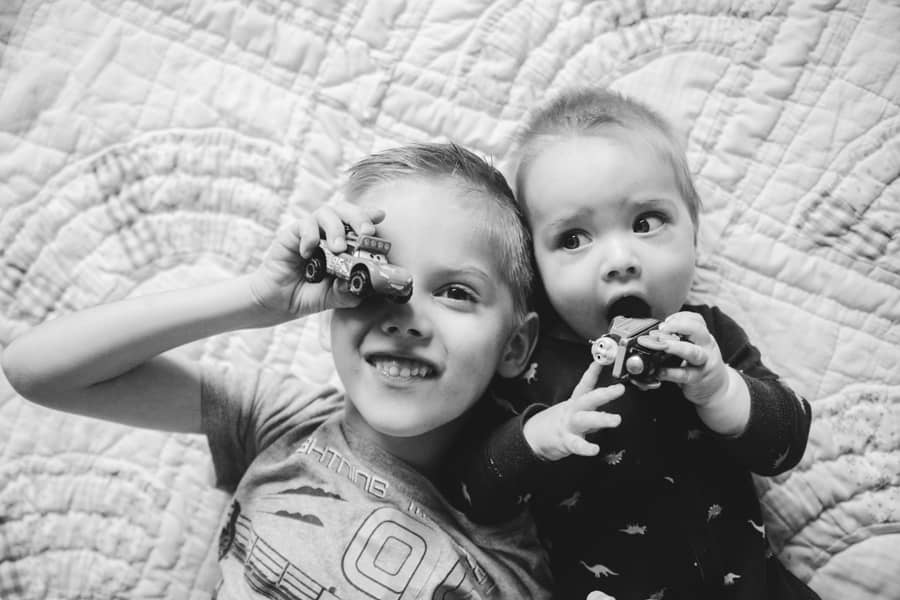 He’s relatively quiet, and he likes to nurse a lot. He also likes to scratch and to pinch things (like me, while he is nursing.) He’s still toothless, but that’s no surprise. We’ve tried solids a couple of times but he was Not Impressed, and so I have just waited. We’ll start that here in the next week or so.

He doesn’t crawl, yet, but he’s a push-up champ. He can push himself up so high! He uses this skill to spin himself around in circles and, occasionally, to accidentally cause himself to topple over. I am rather anxiously watching to see if he will figure out that he can get his knees up and under him and so get at those elusive toys all the more easily.

He’s still got the nickname Dodo, poor dear, though we do call him Baby Doh as well, and Dohdee or Dohdeedoh or even King Dodo, some of the time. I confess that I am the worst offender with his various names–I don’t know if I ever actually call him Eldore to his face–but it’s so lovely to see that huge smile light up his face when he hears his nicknames. Of course, he does respond to his real name, too, but it’s just not the same.

He lives life with no socks and no shoes and spends more time in a sling than any other child of mine. In fact, his life as Number Five is a rather relaxed one in general. Whether that is because he is, himself, rather laid back (most of the time) or if he is laid back because his life is a relaxed one, I am not sure. Hopefully he has not been too damaged by this fact, though really that’s not the chiefest of my worries about him. How he will ever endure the doting attention of his brothers and sister without being absolutely spoiled rotten, I cannot tell.

day in the life (morning)
the making of the colloquium