It was just days, I think, before Ephraim was born, that I was talking with a friend about his name; she, full of concern, confided in me that she hoped I had some sort of nickname in mind for him, because it was a very grown-up name for a little boy.

I was perplexed then by this, and it still perplexes me now. It was an interesting step into the judgement and self-doubt of parenthood, for sure. His name was too grown-up? He was going to grow up some day. We had named him for then, not for this fleeting season called childhood. We knew he would need to grow into it, but we also knew that he would. I’m not sure what the alternative would be–giving him a child-appropriate name for his life? Surely that would be worse than the inverse?

As it was, we did have a nickname in mind and we did use it for him, interchangeably with his real name, for the first couple of years of his life. We stopped for no particular reason other than I just really liked his real name better–I don’t think he has ever suffered for the change. 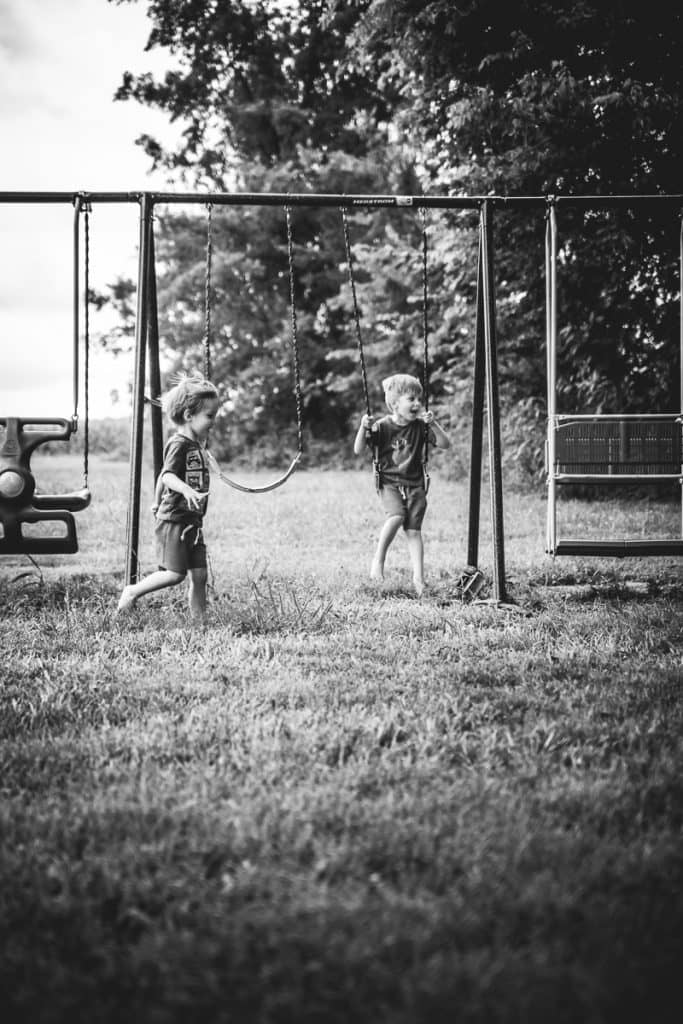 Last month I took the boys, by myself, to a Sacred Harp singing down in The City (that’s what we call it in our house; that cluster of gleaming buildings to the south of us.) I was daunted before we even went. I had avoided singings since Ephraim was born, simply because I had no idea what to do with a child during them. It is a very communal event–there is no childcare. Everyone participates. I couldn’t wrap my head around what taking the kids would look like.

So, I winged it. And that first night was a tough night. I hadn’t known what to expect, and they didn’t either. I wasn’t sure how much activity on their part was too much. I wasn’t sure how much noise would be distracting, and how much would just blend in (these singings are very loud!) I knew they couldn’t sit right with me, because there aren’t many chairs in my alto section anyway, but neither could I keep an eye on them easily from my seat.

In the end, I got tired of getting up and redirecting them and put them down the hall in the nursery of the church. Then I sat in anxiety because the room was far enough away that I could neither see nor hear the boys, not even if they hollered, and they were in there by themselves. We left soon after that. 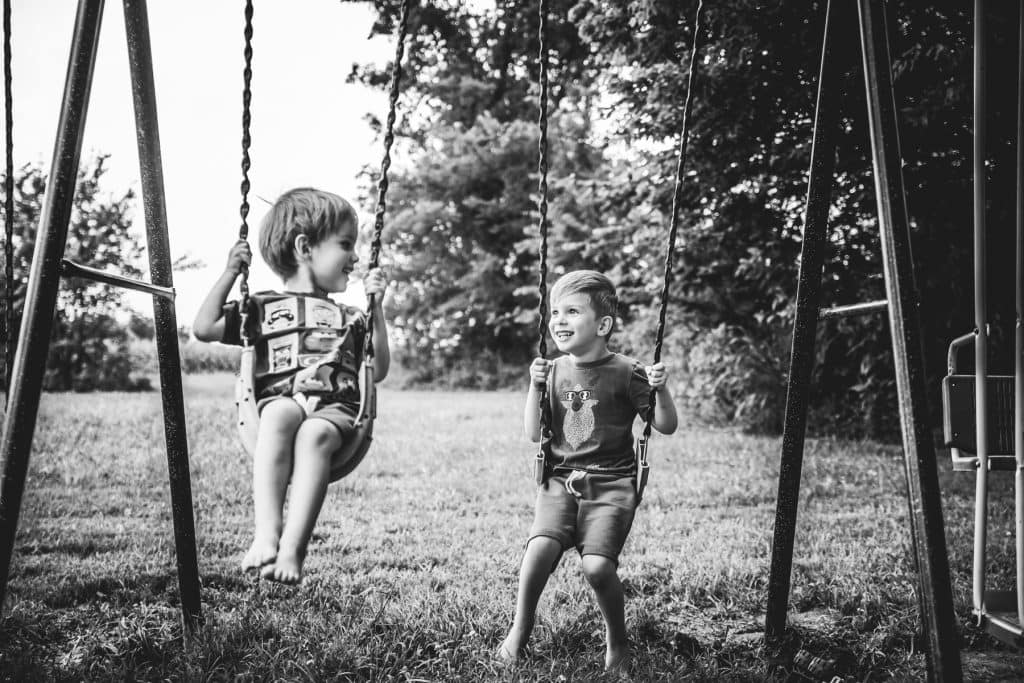 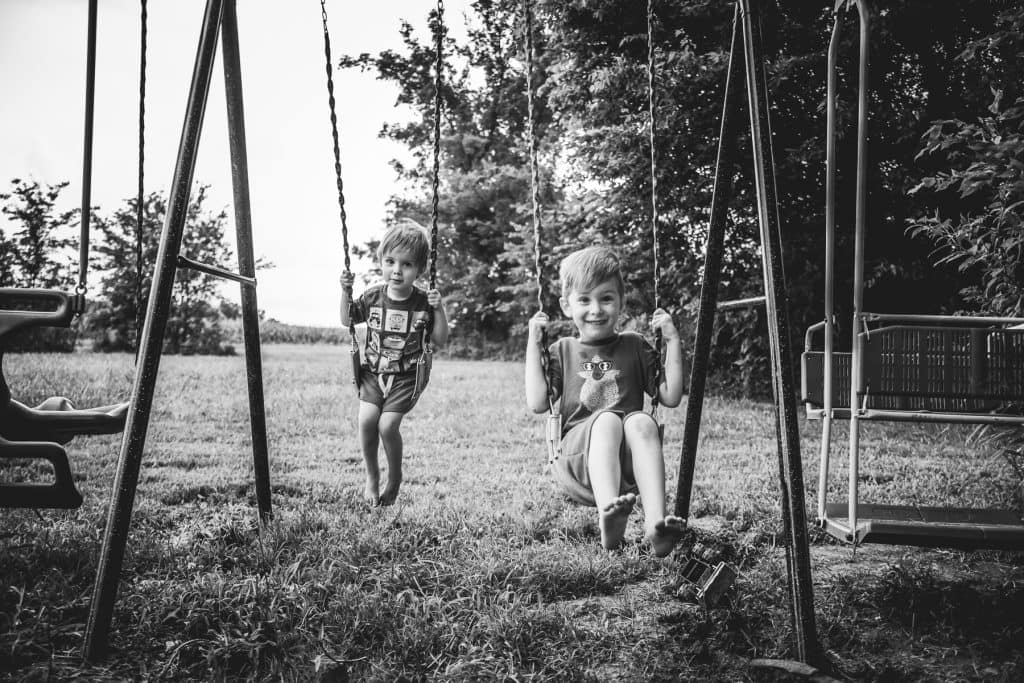 On the drive home, I agonized. One of the reasons I had brought them all with me was because I wanted them to experience this music. This is our American and Christian heritage; it is an art that almost died out but has been revived. The songs are beautiful and haunting and scriptural and filled with truth. And it’s a truly communal, welcoming musical atmosphere–there is no professional elevated on stage, there is no divide between the Cans and the Cannots. If you have a voice, you sing, because your voice is human and therefore sacred. There is no audience. I am of the opinion that this is immensely important, not only in worship but for musical development in general.

They couldn’t experience any of this if they were stuffed down the hall in a nursery with toys, out of earshot and out of contact with what was happening in the room with the singing. Oh, they really loved being there, believe me. I’m sure it was more fun to a three and four-year-old to be in where the toys were, where they could make as much noise as they wanted, and where little was expected of them. But where was the benefit in that? We could stay home for that.

Those were my options, I decided–I could abandon this and stay home with them. We don’t plan in staying in this area forever, and these singings are non-existent in the area where we hope to move. This would essentially forego any opportunity for them to encounter this rich musical and spiritual heritage.

The other choice was to keep going but require them to stay in. This is the part I agonized over, because I knew it would be difficult for them. It would require them to rein in their boyish energy, not to sit in total silence but to restrain themselves. I know they can do this, but the stakes seem higher somehow in the context of something religious. What if I somehow destroyed any love that they could have for this art form by demanding they exhibit self-control in its presence? Would they grow up to hate Sacred Harp if I asked this of them?

It’s so interesting how we do this. There are many things that I ascribe supreme importance to and I enforce them without worrying about what my kids think about it. I never worry about them hating car rides because they’re strapped in a carseat, for example, instead of bouncing up and down in the front seat. I never worry about them hating to eat because we ask them to sit at the table until everyone is finished. I never worry about them hating to sleep because we have a set bedtime and once the lights go out, it’s time to be quiet. All of these things–safety, nutrition, rest–are extremely important, and if they don’t understand it now, they will someday. I’m not worried about that. But somehow, when it comes to what I as a Christian believe is truly the most important thing of all, I become spineless. I am not sure but that my being unwilling to ascribe the same import to matters of Faith does more to undermine that faith than it does to elevate it in the eyes of my children.

It is tempting for me to make concessions to the youth of my children, to not require much of them, to not ask much, because I know they won’t understand fully or because it is hard on me to remain consistent in the face of their childlike ignorance. I wonder, though, if like a name that suits a child but not a adult, my timidity doesn’t do them more of a disservice in the long run.

When I was growing up, every autumn there was a reunion for my paternal grandfather’s side of the family. I remember little about these gatherings except the location and the time I spent with my cousins. From the moment we leapt from the car, we formed our own little band of youthfulness and roamed the area with bravado and abandon. We explored the run-down house next door, and we walked down the road to the nearby park, where we would spend most of the day. This we did until the last time I went to one of these reunions, the year after I graduated high school.

They were enjoyable times, seeing people I didn’t get to see too often, running amok across the tiny Kentucky town. But when I think back on those reunions, I want to weep. I am heartbroken because, while we were off being kids, the adults in my father and grandfather’s generation were singing. They brought out their instruments and sang hymns. There is a rich musical heritage in my family, church music specifically. Their faith was a deep faith, and they had seen a lot and endured much in their years. The blending of that belief with song is something that is priceless and golden–and now it is gone. It is gone because they are all gone, my grandfather and every one of his brothers and sisters, his generation, and I didn’t even know that my grandfather could sing until I heard a recording of him, two weeks before he died from complications following a stroke. It was at his funeral that I learned what his favorite hymn was.

How badly I wish I could go back to those days and absorb what I could from a generation that was wiser than I.  I wish for anything that someone had marched across the field at the park and taken me back to that little brick house, carried me if they had to, and sat me down and told me to stay put and listen because this was important. How I wish that my little perfectionist self could have listened and absorbed that faith in music before I grew into my big perfectionist self and struggled with the idea that imperfection could ever be worthwhile, wrestling with the truth that “his strength is made perfect in our weakness.” There is so much more to music than what meets the ear. When I missed those times, it wasn’t just the songs that I missed.

So last night, when the twice-monthly singing came back around, I packed two notebooks with pencils and informed the boys where we were going, and that they would be sitting quietly near me during the singing. They could draw and they could talk, but they could not run around and they could not be disruptive.

“Are we going to that church, Mama?” Ephraim asked me.

“Is there a nursery there?”

“Because this is important.”

There were no tears, no protests beyond that. Clive and Ephraim sat near me while we sang, and Anselm sat on my lap. He really enjoys the music. Clive at one point came to sit, too.  Ephraim tried his hand at conducting from his seat, mimicking the hand motions of the song leaders. They drew many scribbles in their notebooks. I sang. We left early for Anselm’s sake, but the experience was very different from our first attempt. In hindsight, I realized it probably would have been much easier to have started bringing Ephraim when he was a baby, rather than thrusting him into it as a four-year-old, cold-turkey.

This morning I played some of the hymns while we were eating breakfast, and I was surprised to hear Ephraim humming along to one song. He asked again why we had gone, and we discussed briefly the heritage of the songs and their meaning, and their importance. He is content with the explanation, and goes back to humming.