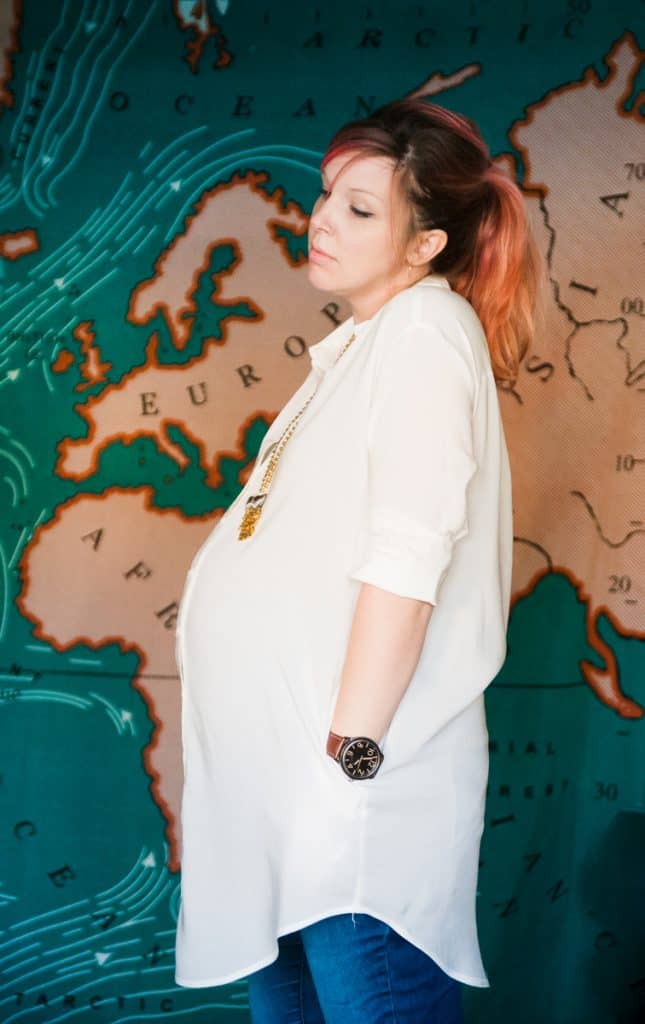 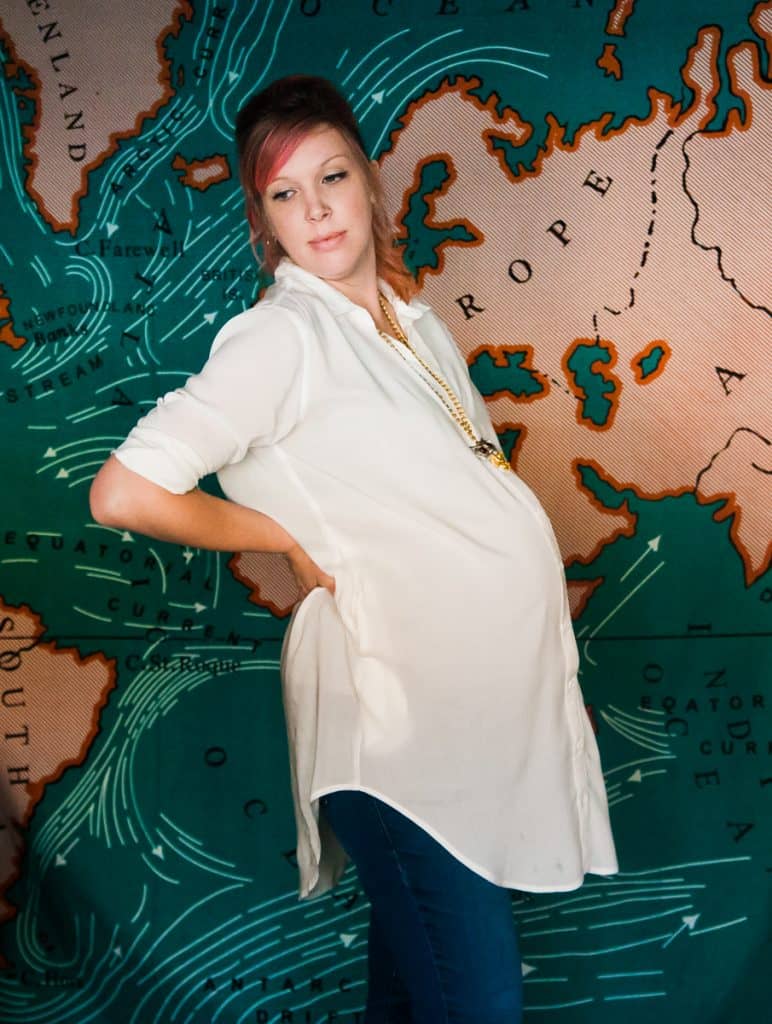 I thought I would need a medium, but since they were out of stock I risked a small instead. I was as glad I did. The small fits great, and even with the smaller size, there’s plenty of room for that bump to continue to grow (oh man does it grow). Of course, I’m a mom of boys, and just a couple of hours after I took these pictures Anselm fell and busted his lip. I didn’t even think about the fact that I was wearing a white shirt until I had gotten his bleeding stopped and saw the streaks of blood on my shirt. So, I can truthfully report that not only did the shirt survive the accident with no stains,  it also went through its first stain treatment and machine washing and drying without losing the lovely feel of the fabric and only drawing up a tiny bit. Still perfectly wearable! Win.

At thirty-six, almost thirty-seven weeks, it’s way too late for me to justify buying more maternity clothes, but you better believe I’ll be heading to PinkBlush if and when Krans Baby #5 is on the way.

simple meal planning with a bullet journal
the way we grew: anselm ioan (part one)