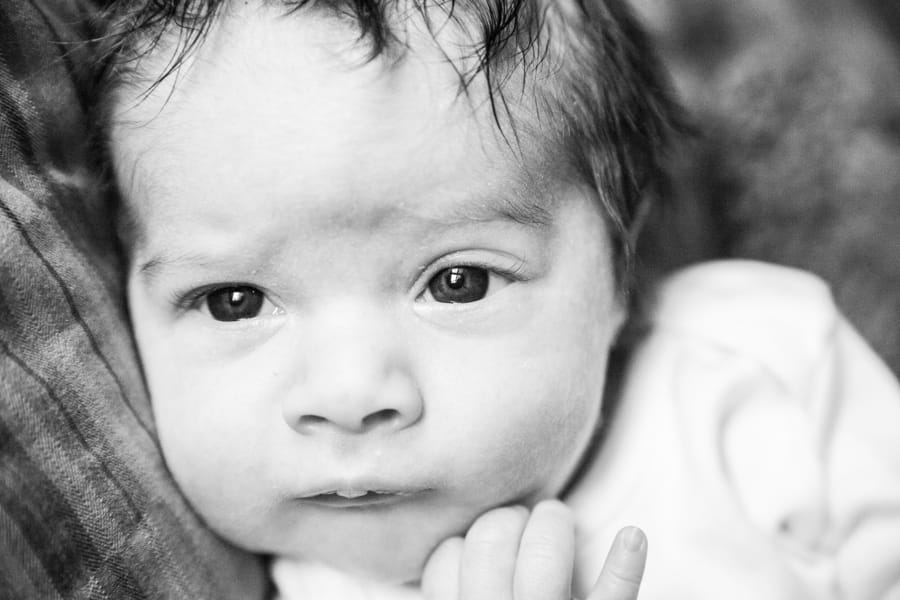 Eldore Rex joined us one month ago today.

I wasn’t entirely happy with his birthdate–11/19/17. It was, I believe, because the numbers are all odd. Or maybe it was because our previous address was 1120 and I was hoping for 11/20/17 subconsciously. At any rate, he was less than an hour and a half early for the 11/20 birthdate, a fact that in hindsight I’m not too concerned about, seeing as it kept my “labor” down to around two hours instead of three-and-a-half hours, a story that will be recounted in more detail in his birth story, should I ever have time to sit down and write it. Anyway, the point is that here we are on December 19, and Eldore Rex is one month old today, not tomorrow. 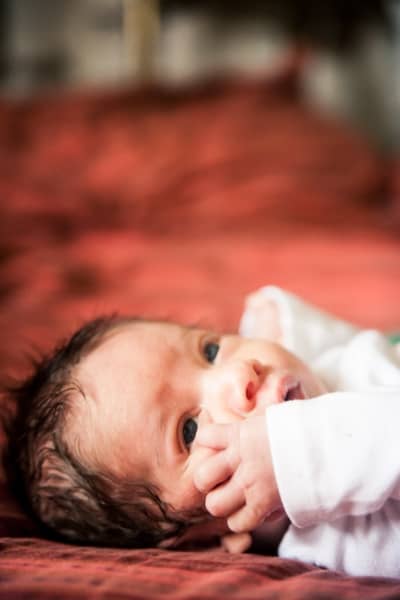 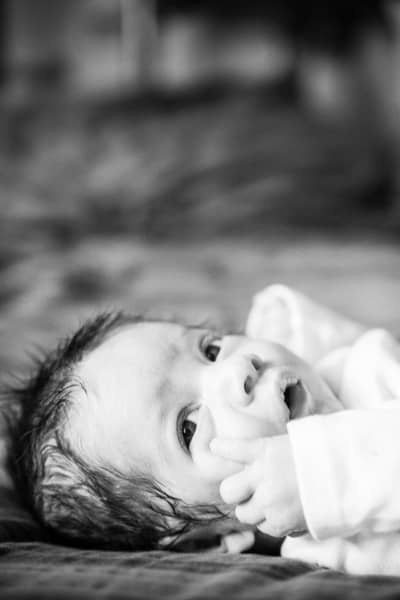 It’s the misfortune of any child preceded by so many siblings to be endlessly compared to his predecessors. I will try not to do this too much, but it’s somewhat unavoidable. I spend most of the days assessing him and his personality and his reactions to things and comparing the facts to what I remember about Ephraim, and Clive, and Anselm, and Elvie Kay, and the diverse solutions to their personalities and reactions and whatnot. I am glad to say he shows no signs of a caffeine sensitivity, like Anselm had. He also isn’t quite as sensitive to things as Clive was. He’s gaining weight better than Elvie Kay did in those first couple of weeks. And he isn’t as fussy in the afternoons as Ephraim was.

He’s got his own quirks, though. Some nights he has trouble sleeping from around 8-11 p.m., but some nights he doesn’t. He appears, on the surface, to be an incredibly lazy eater, but he’s gaining weight very well and growing like a weed. He’s a good sleeper in the daytime and a slightly worse sleeper at night; in the daytime I have to wake him to feed him, but at night he wakes me at 3 hours and 22-27 min. after his last feeding, without fail. He has two settings, happy/asleep and angry-crying, with little space in between. He’s left the sleepy-newborn stage fairly quickly, and my white noise app has become very handy indeed.

All of the children are big fans of their littlest brother, but none are so fanatical as Ephraim, who rushes into our room first thing in the morning to see Baby Eldore and to see if his eyes are open. If I have Eldore up, Ephraim is invariably there beside me. If Ephraim is the president of the Baby Eldore Fan Club, then Elvie Kay is the Vice President, coming to see her “Baby Doh-Doh” and to point out his facial features and lean over and give him kisses, and to swipe his pacifier so she can present it triumphantly to me later when I’m looking for it (I suppose.)

He’s the only child to not be covered in baby acne at this age. He’s also the only one with an outie belly button. His eyes seem to be hanging on to the blue for the time being, which of course means absolutely nothing, but I just can’t help speculating! His hair is wilder and darker and longer than any of the other kids’ has been, and it is not showing any signs of falling out or laying down any time soon.

He’s eating every three hours ’round-the-clock (well, three hours and 22-27 minutes at night; see above) and putting himself to sleep well. If I ever get around to typing up his birth story, I’ll write a post about that next.