We’ve passed the halfway mark of the year–two years is looming in the distance. 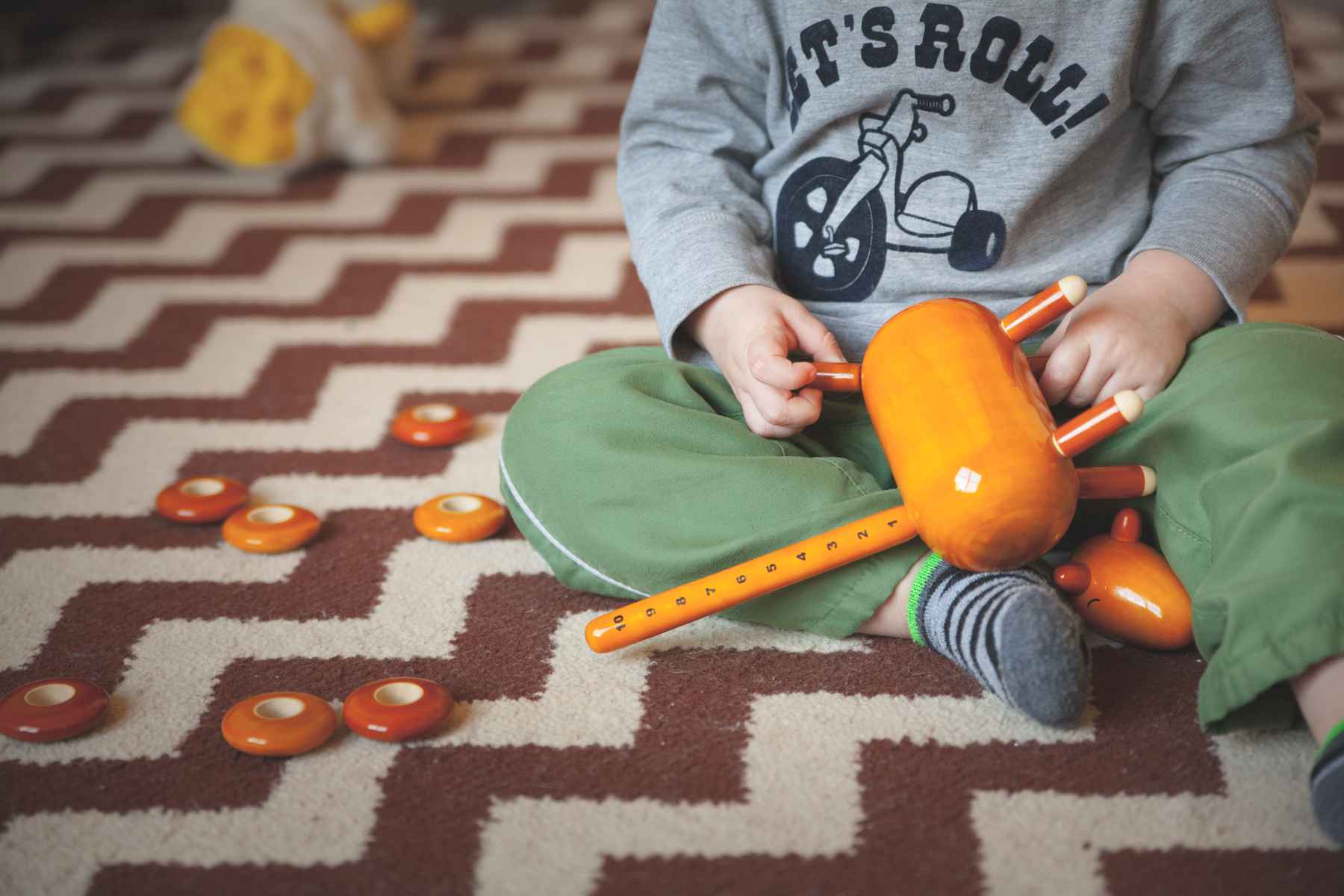 This month has seen tons and tons of walking practice, and a strong preference for going about on two legs (while holding someone’s hand, of course) instead of scootching around on his backside. He has even taken to going up and down stairs on his own feet (also while holding someone’s hand). If you let go of his hands, he immediately plops to the ground and wails. Someone needs to tell that boy that he is perfectly capable of continuing on his own. He won’t listen to me.

He is perfecting his impish sense of humor, delighting in destroying MegaBlock edifices that Mama has built, or poking or prodding or invading the personal space of his brother (though he hates it when brother does the same to him). Or sticking his finger up his nose and then shoving it into his mouth (I don’t know who taught him that?)

The smile he gives when he comes looking for you, scooting down the hall to peek around the corner of the room where you’re sitting, is nothing if not pure radiant joy. Clive positively shines with happiness and enthusiasm–except when he doesn’t. Clive doesn’t play favorites; negative emotions are given just as much spotlight as the positive. The upside to this is you never have to guess where he stands on any given subject.

He is the quintessential morning person, putting Big Brother to shame with how quick he is to chatter and laugh as soon as his eyes open. (Big Brother is not so eager to be chipper upon waking.) He is always the first one you hear in the morning, either jumping in bed or singing to himself. (Big Brother is, naturally, the second one you hear, usually telling him to “Get down!” or “Be quiet!”)

He loves the kitty, loves Mama and Daddy (“Dah-DEEEEE!”), loves Mimi (who has come to stay until Baby arrives), loves to Facetime with Grandfather and GranMaggie, loves his brother, loves bathtime, and–though he does his best to hide it–I suspect he loves the church nursery, as well. He lives to go anywhere in the car (they say “beep-beep”, now) and is never so pacified as when there is music playing.

He adores reading, with his favorite book at the moment being “Rawr, Rawr” (otherwise known as Brown Bear, Brown Bear, What Do You See?.)