still a chatterbox. (do I even still need to include that?)

Mommy has lost track of all the words he’s learned this month. 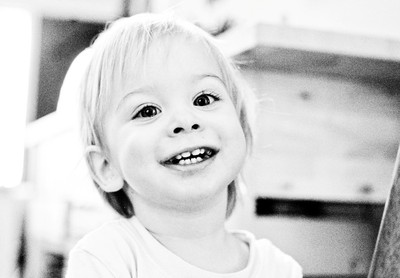 has taken a real interest in music.

“plays” and sings to his own songs on the piano.

has a fairly good sense of rhythm.

sings his lullaby with Mommy (while making up his own words.) Tries to match her pitch–sometimes succeeds.

(Mommy tries to keep a straight face while he does this–sometimes succeeds.) 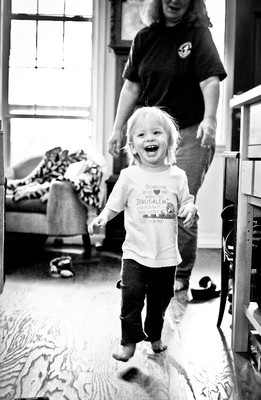 cannot control his enthusiasm for dogs (ruff-ruff) and cats (keee).

has finally come to terms with being dropped off at the church nursery.

has developed the habit of putting random objects in containers, then “drinking” them. 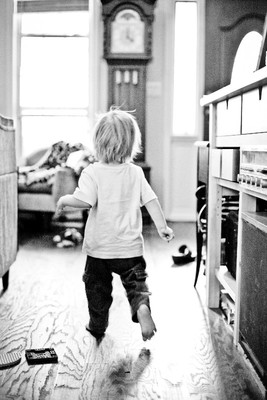 is developing a mild obsession with cars (caaaw) and airplanes.

has affectionately named his crochet blankets “My”.

likes to kiss his baby brother. 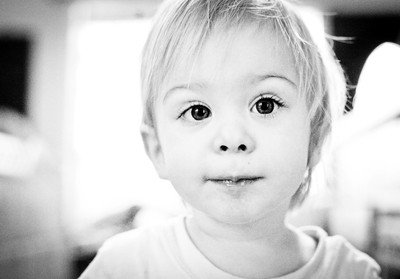