While we ate dinner, we looked at the clock and reminisced about what we were doing at that time nine months previously. At 6:10, they had just broken by water. (Fifty-five minutes later, at 7:05 p.m., Littlest Muse would make his appearance.) 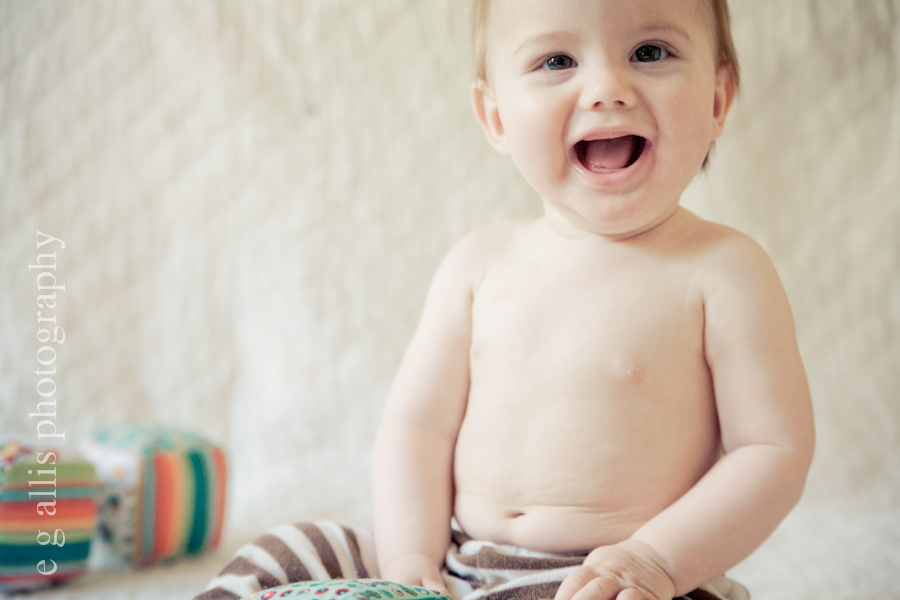 These pictures were taken with the quilt half-covering the sofa and half on the floor, in the sitting room; the part of the house that gets the best light.

I can’t put him on the floor without The Cat showing up almost immediately. 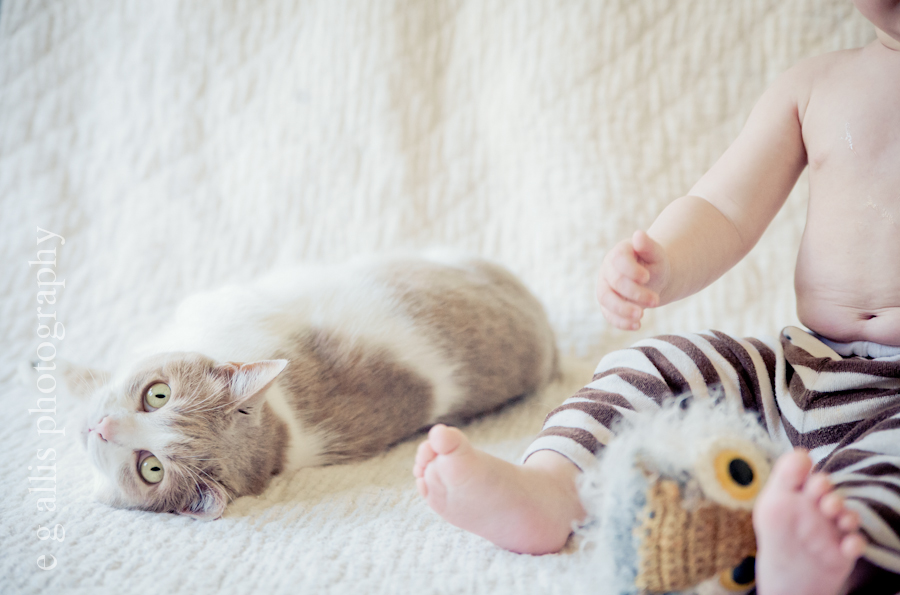 He actually was really not happy with having his pictures done, today.

I tried to tell him it was because he was nine months old, but I am not sure he believed me.

Secretly I am glad he doesn’t like to have his picture taken, sometimes. It is a good excuse to practice. 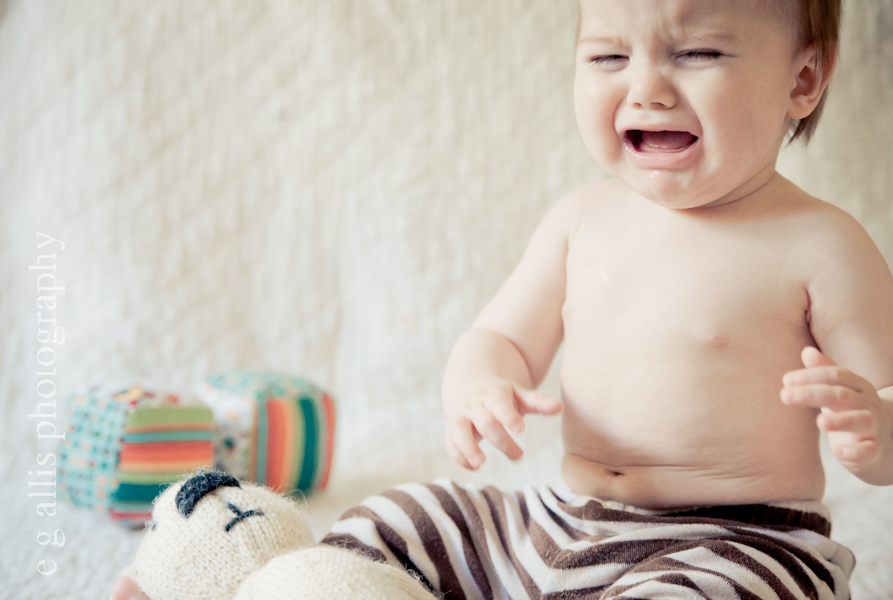 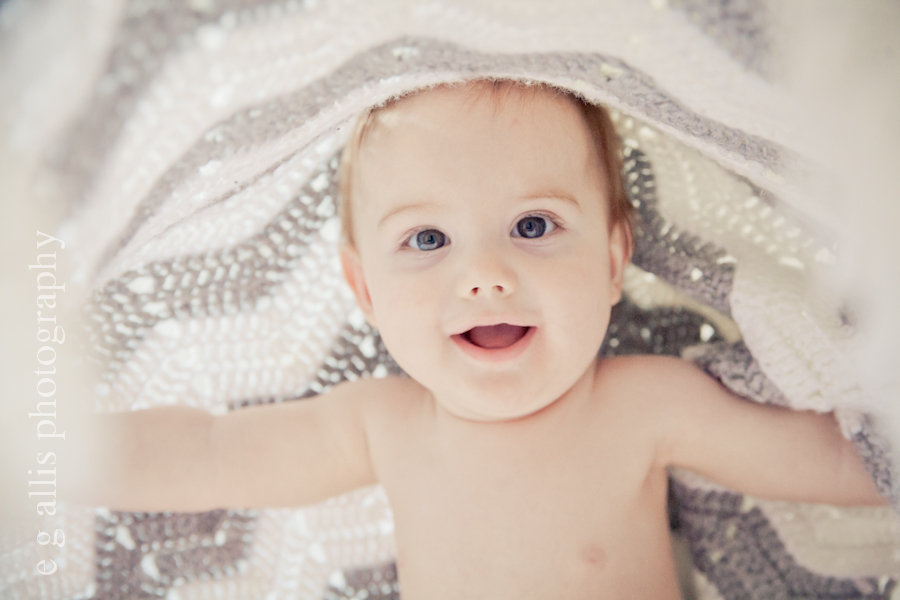 What worked for us? Peek-a-boo under blankets; singing songs; some toys.

The Cat didn’t really help too much.

Here’s to the next nine months.