The morning was greyer than any I had seen in a while. Even the misty August mornings showed the suggestion of a sunrise, glowing in all that fog, bringing a warmth to the eerie. That warmth would turn into oppressive heat once it dried out the day. But this morning there wasn’t even a hint of such a thing, only grey, grey, grey; grey and deep green, and the gold of the soybean fields gathering itself for the harvest just peeking through.

I got up in that grey thinking that it must be cold, and so I put on a sweater before bringing Elvie Kay with me into the main rooms of the house. She played on a quilt on the floor and I prepared the coffee. But when I went outside to dump the coffee grinds I learned that the day wasn’t cold in the slightest–it was every bit a muggy leftover from summer–and upon coming back inside, I took the sweater off. 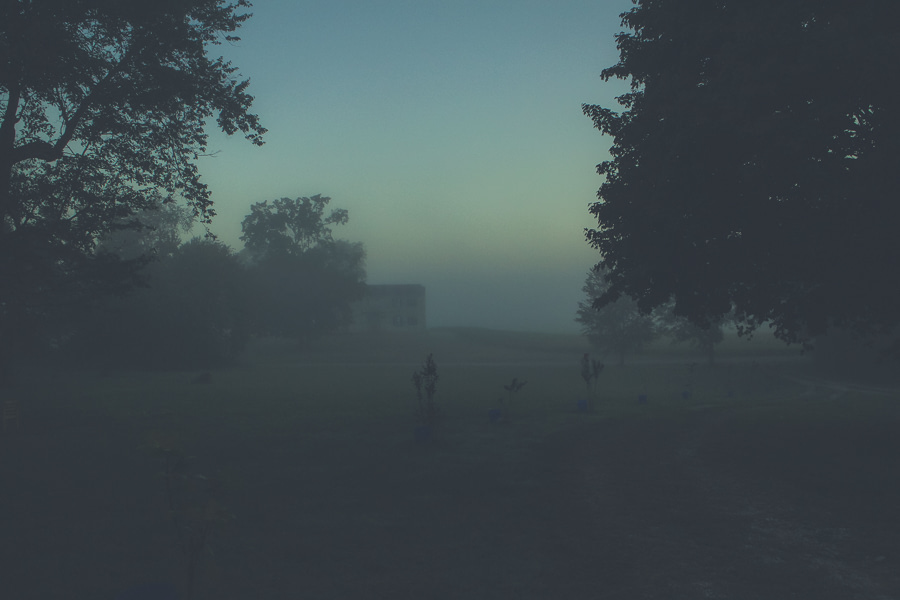 Mornings are quiet here, Elvie Kay’s lilting squeals notwithstanding, and I had my coffee and eggs and toast and then moved her from the floor to the johnny-jump-up while I read. First a Bible study, then a chapter of another book I am reading which is sort of depressing in a way that I’ll have to explain at another time. Elvie’s songs turned sour as she became tired, and I cuddled her before putting her in her crib, where she snuffled into her blanket a bit before finding her thumb and closing her eyes.

I went back to my book but alternated between the words and the window, because the grey outside hadn’t changed at all since I’d been up. I could not tell if it was perhaps raining. Was it raining? I could see leaves swirling in the wind. Why are the leaves blowing about when it’s barely autumn, and not even cool outside? I read a bit more, then squinted out the window again. It was raining–no, it wasn’t. It was a silly conundrum but I still put the book down and went outdoors to be sure.

Outside in the grey again there was no rain, but the temperature was shockingly cooler, maybe even ten degrees cooler than before. The wind was blowing and I realized that the dogwood beside the house had taken on a distinctly fallish look, starting at the very tips of the leaves on the very tips of the branches. That look will work its way inward until the leaves are gone and the tree is dormant–sleeping. I went back inside and put my sweater back on. 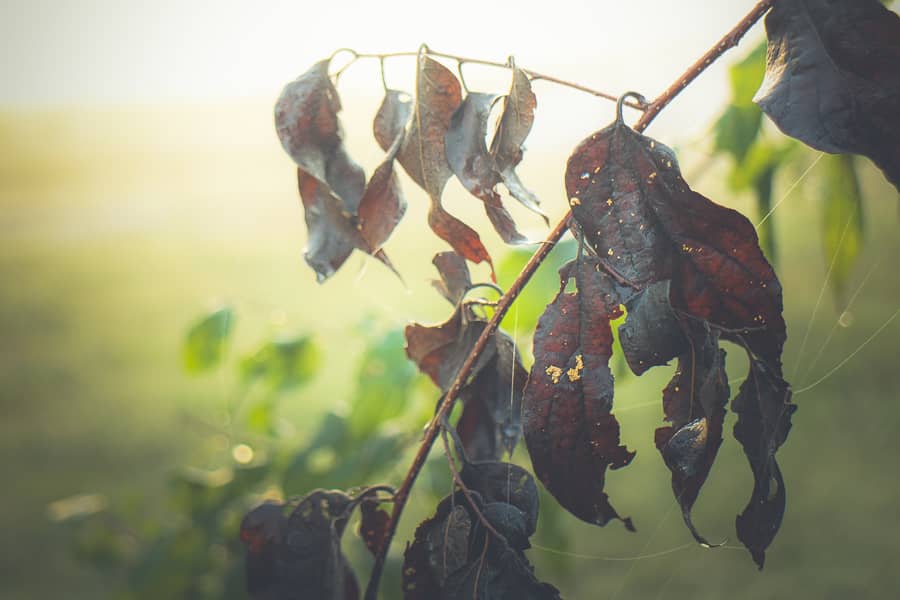 The morning went on and the boys were up, and we folded their blankets and brushed their teeth and dressed each boy in a mish-mash of summer and fall: one had jeans and a t-shirt, another had shorts and a long-sleeved shirt. Breakfast was toast and jam and plain yogurt with honey and milk, always milk, and they ate it while I read to them, at their request, the story of Jonah straight from the grown-up Bible. Jonah was still lamenting the death of his shady vine when the dark clouds passed over the farm and the rain did begin, finally. I went outside again and it was even cooler than before.

One misty moisty morning
When cloudy was the weather…

Because I am dramatic and because mornings always hold a sort of slow magic for me (which is why I’ve got to get up early for them) I fancied that the clouds had brought the proper autumn with them at last–kicking and screaming, maybe, but at least here–it has been a long time since I have really watched the seasons change. 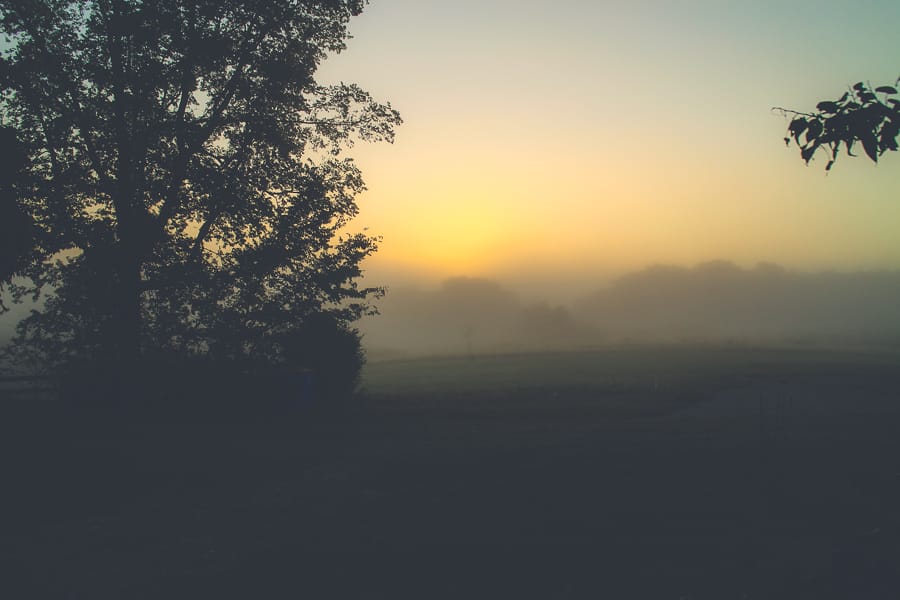