All of my previous labors have been [mercifully] relatively fast, and this one was no exception–Anselm was in such a hurry that the doctor didn’t make it in time to deliver him.

There’s this shocking moment in childbirth where you go from being sure that you can’t do it, I can’t do it, I can’t, I can’t, and then your body takes over and you do, except it’s not entirely you that does it. And in that moment–perhaps from incredible relief that it’s over, or from the striking jolt of having the worst pain you’ve ever felt be immediately assuaged, or from the spellbinding cry of that person whose face you’ve been imagining for months and you’re finally about to see–in that moment, all I can do is lie there on the bed, immobile, my body completely spent but my mind and spirit working in overdrive. 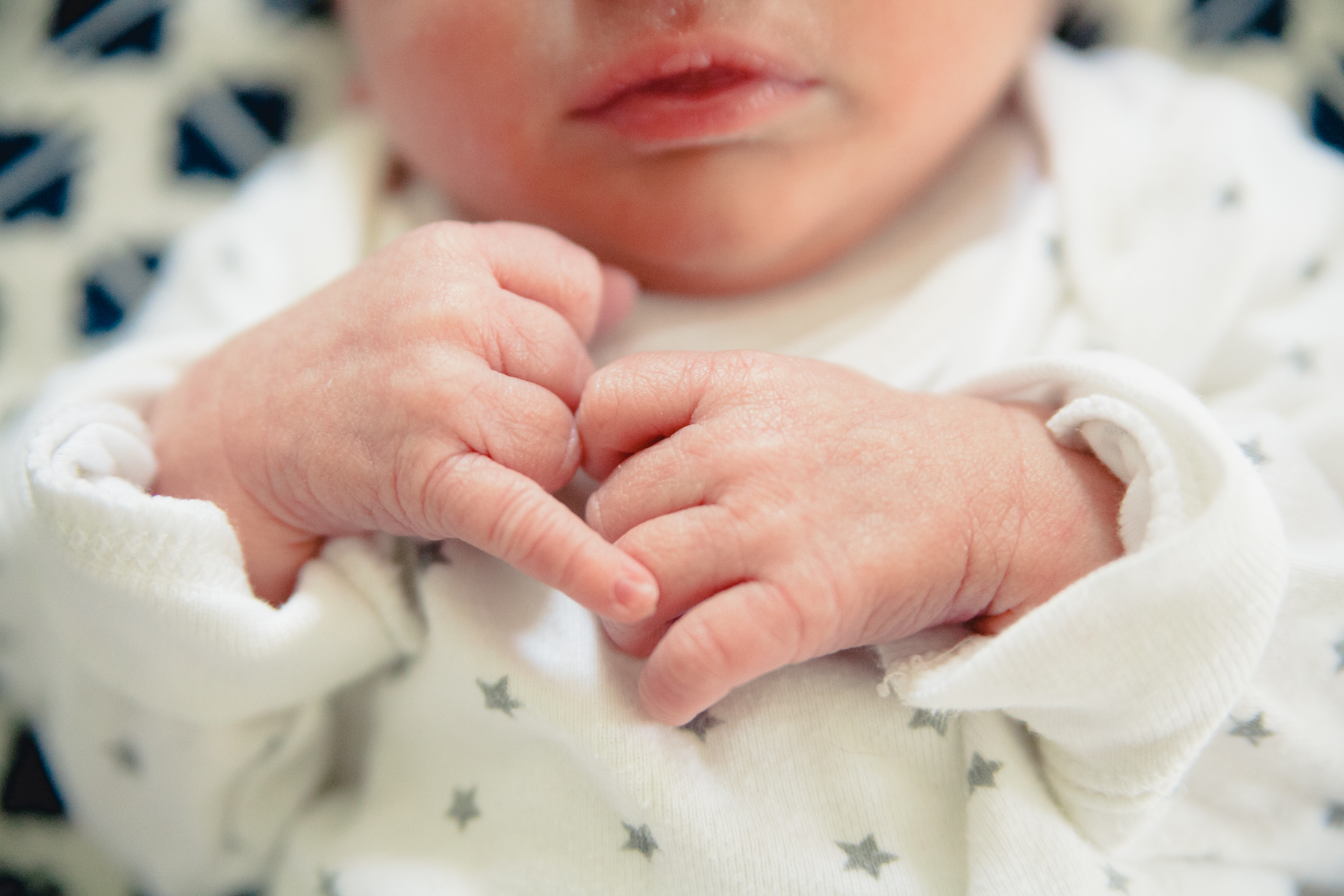 Lying there, my body pinned by the weight of exhaustion, I felt my mind and soul pinned by the weight of the realization of how gracious God is to let me experience that moment. To experience this–motherhood–at all. It was a crushing, humbling comprehension, something like when you think all your friends have forgotten your birthday and you’re angry until you walk into the room where they’re hiding, waiting to surprise you with the party they’ve been planning for months. You feel grateful and you feel foolish. You know you didn’t do anything to deserve what you’ve gotten–a realization that stings and soothes all at the same time. 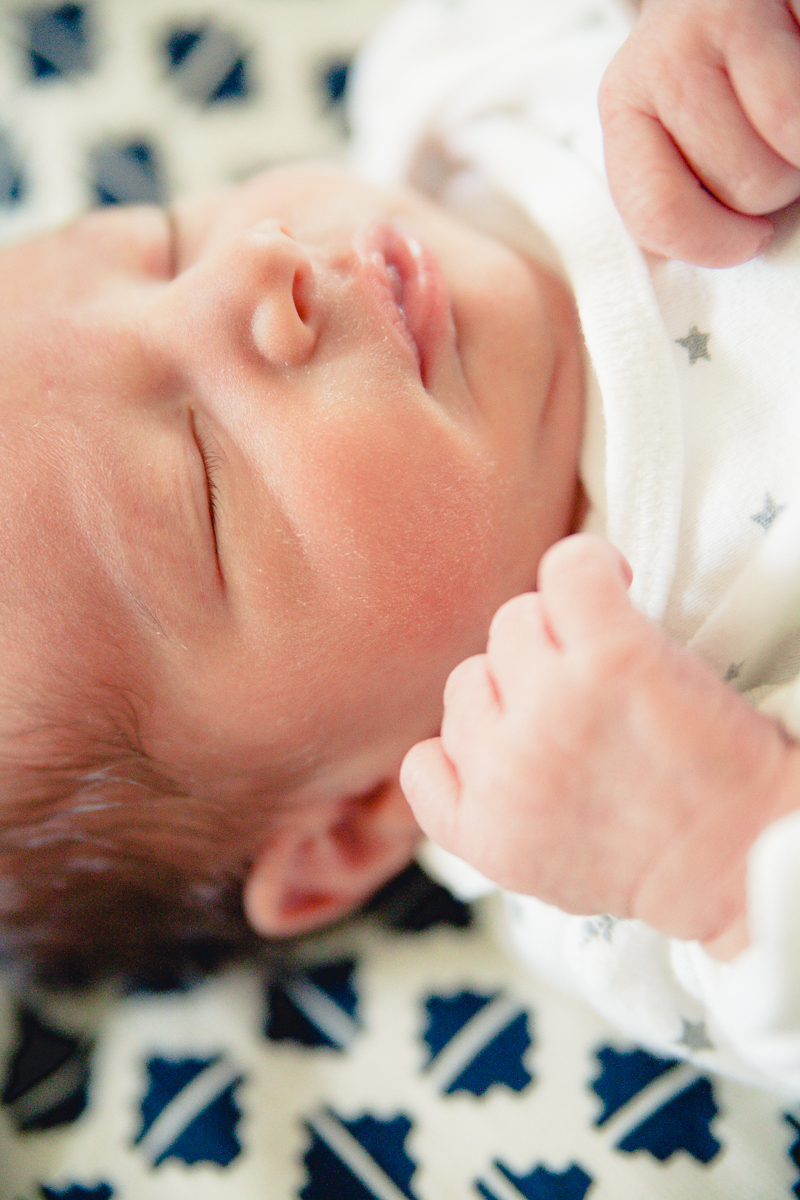 I never thought I’d be a Mama. I wanted it more than anything, and more than anything I was afraid that it’d be withheld from me. I didn’t really have a good reason for this. I had the disappointment that we didn’t become parents soon after our marriage, as I had hoped. I had a diagnosis that meant that conceiving children would be more difficult for us than the average couple. I had my heart wrenched by a false pregnancy followed by a real pregnancy followed by a missed miscarriage, and when my OB leaned over me as I waited to be put under for my D&C, took my hand, and whispered “I know this isn’t where you wanted to be today,” she had no idea how awfully true that was in so many ways. But I had no clear, final sign or reason for the despairing belief I clung to that one of my greatest desires in life would surely be denied me. No reason other than that I am a fearful person by nature, that I lean toward the pessimistic view of things, that I’m easily discouraged and hopelessly self-centered. In other words, I am human.

This would be a much better story about me if I could say that I never gave up hope, that I remained faithful and content, that I believed that God had my best interests in mind, no matter what the outcome of this struggle.

But this isn’t a story about me.

The realization as I lay there on the hospital bed while Anselm was cleaned and weighed and checked was that I had been given a tremendous gift–priceless–when I had no faith, no hope, no grace, no patience, no nothing, really, but bitterness and dark thoughts and despair.

It was because He is gracious.

I realize this and I can’t. Move.

They hand Anselm to me and I hold him, like I’ve been waiting to hold him for months, years. And I look over at Jeremy and try, in the best way I can, to relate what I’ve realized. About how gracious God is. I am in awe.

The feeling stays with me for days. I can’t stop thinking about it.

We chose Ephraim’s name seven years before he was born. We picked it because we liked it. Only after I was pregnant with him did I realize Joseph named his son Ephraim because God had made him “fruitful in the land of my suffering.”

After Ephraim was born, I experience a severe complication that nearly led to an emergency hysterectomy. Thankfully I was spared that. Clive was conceived nine months later. My obstetrician calls my first two boys my “miracle babies.”

And Anselm? I gave him the middle name Ioan. It’s the Welsh form of John, which is my dad’s name. I picked it for that reason and because I really like it and because my mom really likes it too, and because it took me a long while to get used to Anselm and I wanted something I could call him in case that name never grew on me.

It took me two days after his birth to remember that John means “God is Gracious.”

I realize that the topic of motherhood and children is a sorely bitter subject for many people for many reasons. I want to specify that I am not writing this as a testament of how if you’re good enough or strong enough or focused enough on God then you will get what you wish for. I’m not necessarily writing with the intention of providing a beacon of hope for those who are waiting, waiting, probably with more patience and grace than I have ever shown in my life. My only purpose here is to show the goodness and graciousness of God who would sacrifice Himself to save the ones who couldn’t possibly save themselves, and who didn’t particularly deserve to be saved on top of that. It’s a testament to the faithfulness of His character and my utter dependence on Him.

Thank You for your grace.