My grandmother’s hall closet was absolutely full of board games. Everything from Pit to Chinese Checkers to Mouse Trap and some game called The Amazing Race (I think?) that I don’t ever remember actually playing–just messing around with the little roulette-like wheel that came with it. 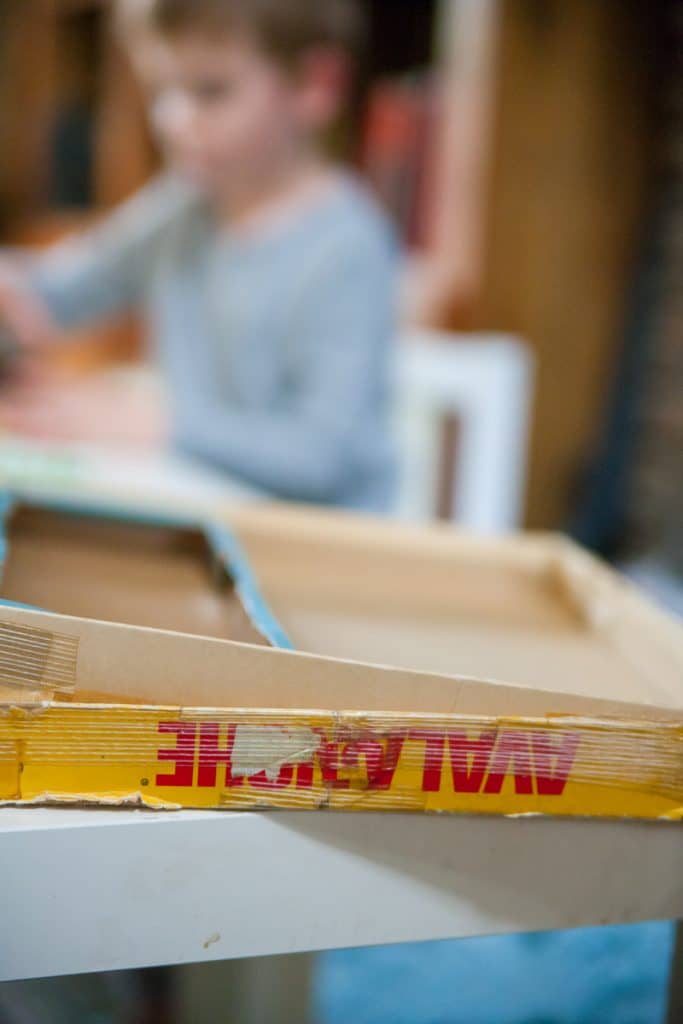 I don’t ever remember really playing this game, either, though I’m sure I must have. Most of the time I took it out of the closet so I could put the marbles in the holes and watch them cascade down the board.

We play it a lot, now. Especially with the weather turning cold and more fires being lit–games in front of the fire is just what winter is all about, right?

The game is simple: be the first to fill your card with the correct color marbles. It’s an easy game for the boys, and they love dropping the marbles in the holes and seeing where they end up–just like I always did. 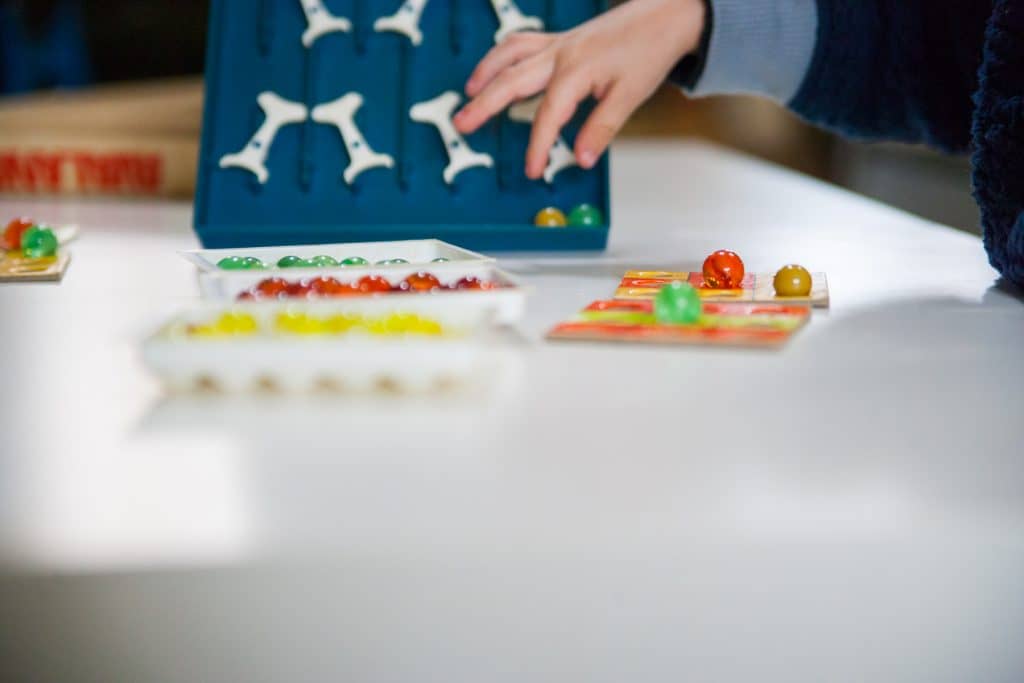 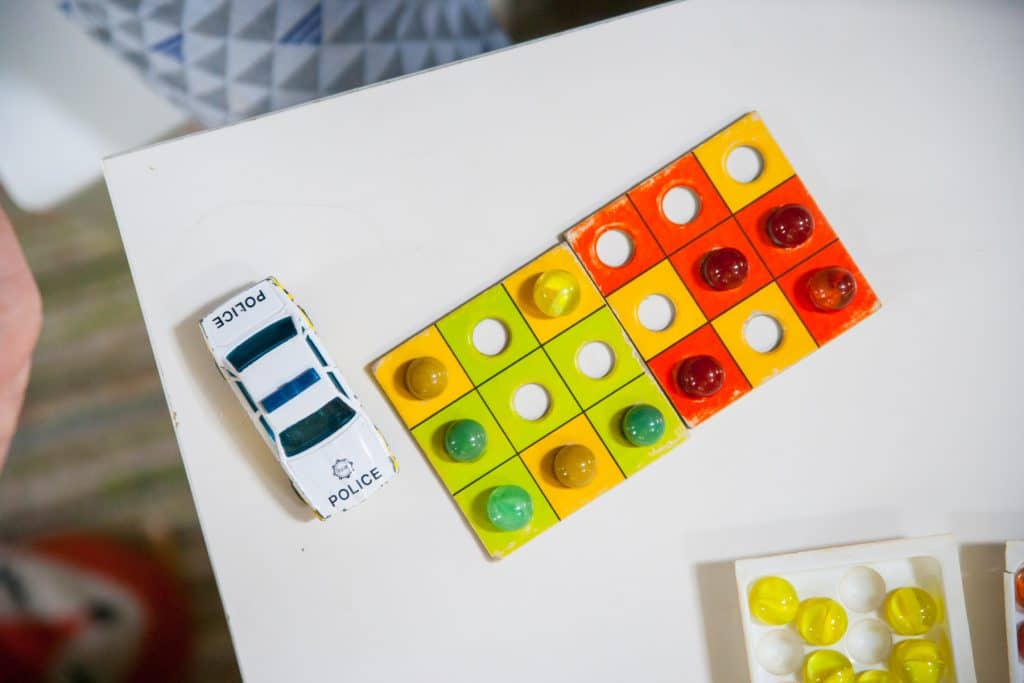 We haven’t played a lot of games with the kids, yet, except one cooperative game that they both love. Playing a game that yields one winner and several losers was a serious culture shock for four-year-old Ephraim. It took several rounds of playing for him to realize quitting partway through when you’re not winning is not an option. I never really considered board games as character-building, but I suppose they really are. He seems to have gotten over that and now thoroughly enjoys the game for its own sake.

Clive is three; he doesn’t care who loses or wins. He just likes to put the marbles in the holes and then put the right ones on his card. He uses the same two holes every time, even though there are several available. No matter where he sits in relation to the board, he always uses those two holes.

Ephraim is learning the strategy of it–that there are some holes that are better than others. It is great to see him start to figure things out and plan ahead.

Clive is in a great picture-taking phase. “Take my picture, Mama!”

We have a winner!