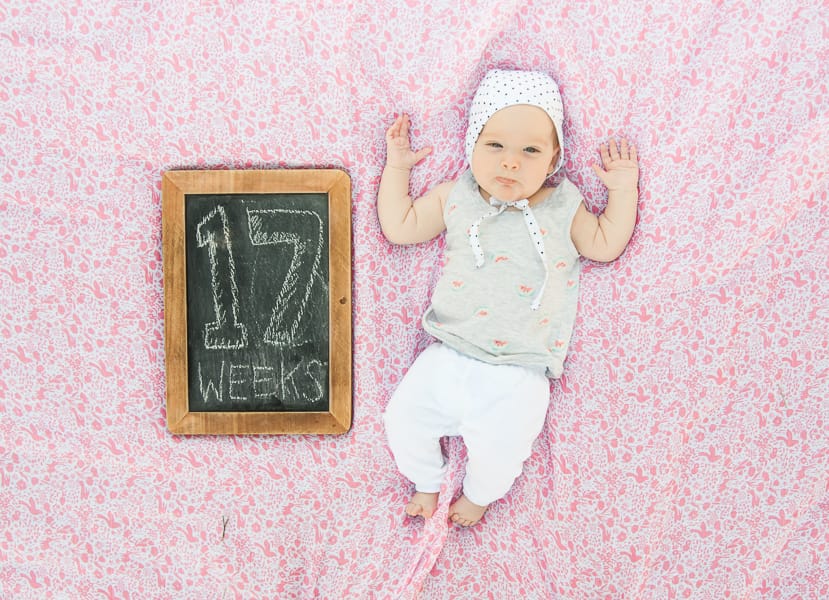 She’s making a funny face in the picture above because she is sucking on her tongue. It’s all the rage, these days–all the babies who are in the know know that it’s the best way to spend your time. Extra points for blowing spit bubbles while doing it. It’s ever so much more fun than sticking your tongue out, which is for three-month-olds (babies, the lot of them.)

Of course, if you’re not going to suck on your tongue, every hip baby knows that trying to eat your own hands (or whatever may happen to be in them) is a good second. Don’t be fooled by her endless chewing–she’s not teething, she’s just super cool. I mean, what else could those finger-y things on the end of your arms possibly be for? 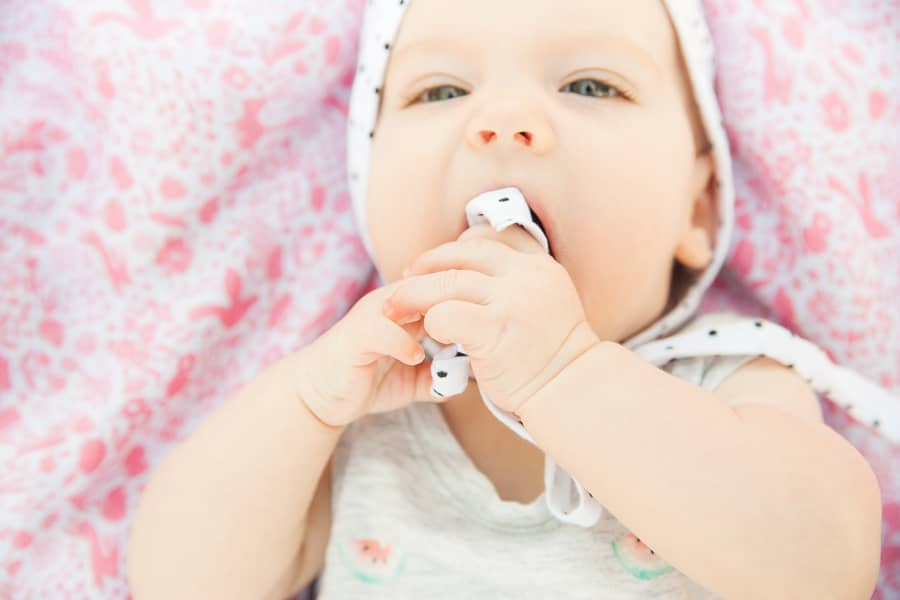 This new fad has worked in our favor, as this month we stopped using the pacifier for naps last week. Now when she sleeps she sucks on the knuckle of her right hand, or sometimes on the index and middle fingers of whatever hand is available (just like brother Clive), or sometimes she doesn’t suck on her hand at all, because she refuses to be confined to any predictable pattern. I’m guessing.

This month we had a sleep regression and progression, lead by the aforementioned Drop Of The Pacifier, and everyone was the happier for it. She’s now back to her regular 8-9ish hour stretch at night, thank goodness. 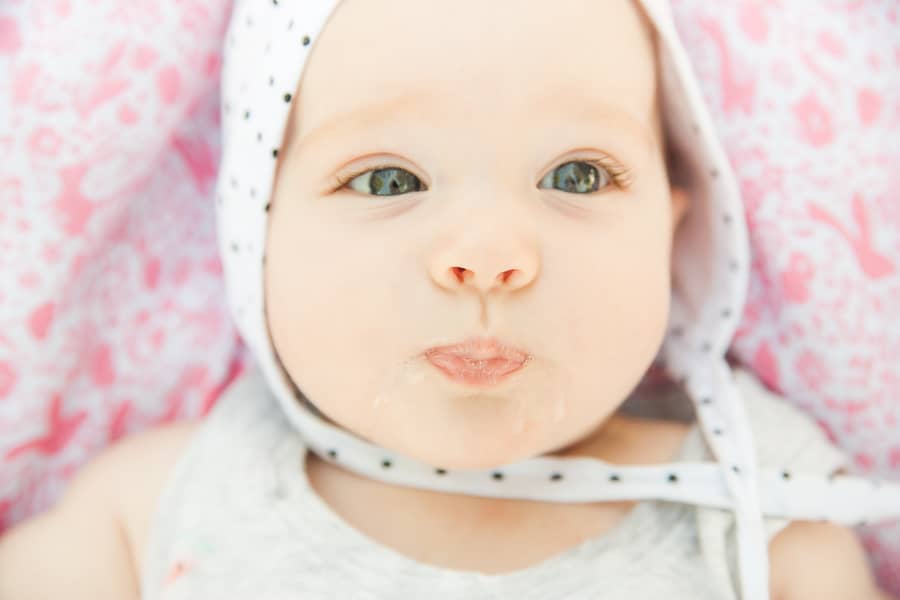 She has changed a lot this month. It’s as if her facial features finally caught up to the rapid growth of her cheeks, and everything became more balanced. She really took on her own look, and while she still reminds me of each of her brothers at different times, she began to really favor Ephraim this month.  I think it’s the shape of her eyes and the curve of her lashes, her hair color and its length (or lack thereof.) I only hope that hers grows at the same astonishing rate that his did, for her sake.

Ephraim, above, at five months; Elvie, below, at four.

She’s become rather adept at accidentally rolling over from her belly to her back. Well, not accidentally accidentally, like her brothers did, where they were on their bellies and their heads started leaning and before they knew it their bodies followed; no, Elvie Kate rolls over accidentally-on-purpose, with her head down on the floor or mat or mattress, her knees pulled up in a crawling position, and with one great kick with one leg, she’s up and over, and suddenly looking at the ceiling in a flabbergasted sort of way. She usually does it when she’s angry.

She’s not rolled over from back to belly, yet, but she can roll up on her side both ways. Totally fine with Mama, by the way–slow down, girlie! There’s no rush on these things.

what we read (june)
sandbox (a poem)