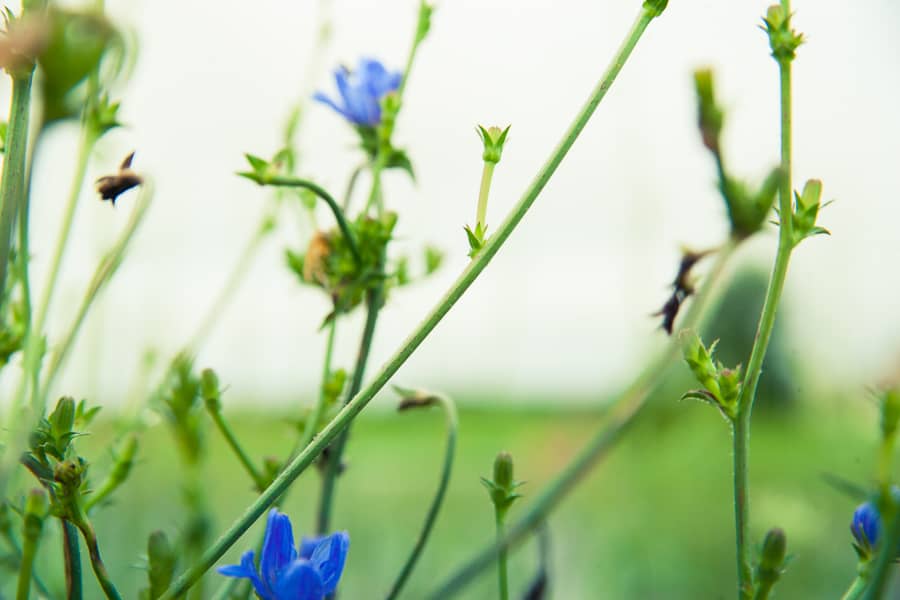 It had rained all evening and then all night; the next morning was overcast but no water continued to fall. The ground was saturated, the hammock chairs which hadn’t been brought out of the path of the storm still hung, soaked and dejected, from the tree in the backyard. All the dirt from the construction around the Ham House had turned to a mass of mud that looked firm but would slip out from under you the moment you tried to step onto it.

Inside the house, I was halfway finished with making coffee and eggs and toast and was trying to decide what direction our morning would take. I am still wrestling with our routine–whether to have everyone eat breakfast together before we go outside, to take everyone out with me before they have their oatmeal, or to take each day as it comes. It seems like a superficial decision to make, but I am convinced our days are better when we go outside first thing. That morning it was more of an issue of whether I had the presence of mind to take everyone through that routine.

Forty-five minutes or so later, Jeremy and I had eaten and had our coffee, Elvie Kay was back down for a nap and the boys were beginning to wake up.

Clivey came out first—he is always the first, blinking and sleepy-eyed but smiling, always smiling. This morning he already had his Kermit puppet on his hand as he meandered down the hall towards me.

I directed Clive to the bathroom and went into the boys’ room. Anselm, bouncing in his crib, was ecstatic to see me come in and threw himself backwards dramatically, laughing, to prove it. Ephraim was still bundled in his blankets. He is always the last to get moving in the morning. Two kisses and two good mornings later, they were up and out of bed and moving through their morning rituals. Potty/diapers. Make beds. Brush teeth.

By then I had decided we would pick berries before breakfast. The boys love to tramp out to the field and climb on the rocks while I pick. So I helped each put on their merry Red Boots and we went outside to the great wild wet World.

How much adventure can you have before nine o’clock in the morning? I am always surprised by how much can happen in an hour of morning. As we headed across the field, sloshing through the wet grass and across the soggy ground, the boys saw a sight that made all plans of rock climbing disappear immediatly: the rains had created a large, shallow pond near the Black Raspberry Rocks. Clusters of Queen Anne’s Lace and cornflowers hovered around the edges of the new pond, though all vegetation was totally submerged its center. Here and there insects floated on the surface of the water, which was the greenish-greyish-brown of a country field startled by a sudden influx of rainwater. Ephraim and Clive begged (and were of course immediately permitted) to run off to swim in this new and temporary pond. They dashed off immediately, and Anselm and I plodded onward to the blackberry bushes. Anselm doesn’t care for water. 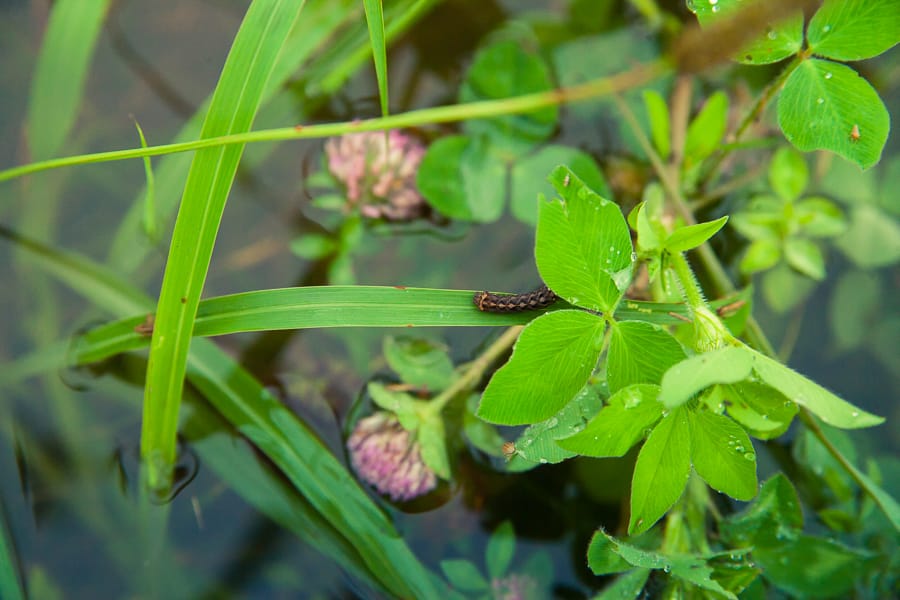 Jeremy came out to help pick berries, and together we walked with Anselm back towards the house. The older boys discarded their clothes, boots and all, and had waded across the water to the Black Raspberry Rocks. They hollered at us gleefully as we approached. Jeremy went over to them–it is good that he did, because (as he told me later) they were covered in spiders.

He shrugged. “About quarter-sized.” I’m shivering just writing that.

The enormous rain puddle had also startled a large number of spiders, who were floating on the water as well, looking for any kind of ride to dryer land. Apparently the boys had served that purpose very well. I don’t know if they noticed because I didn’t ask. I just don’t want to think about it. 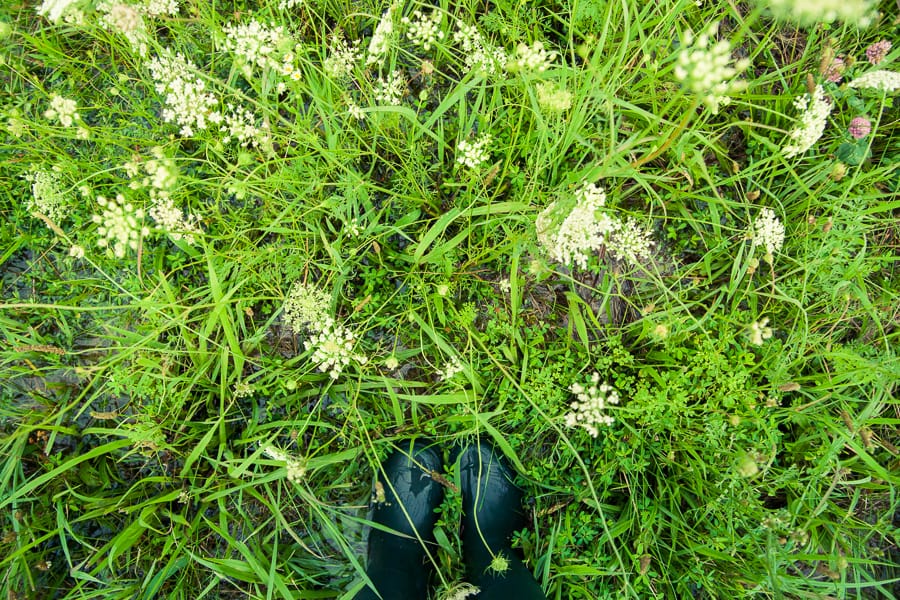 Anselm hovered by the water’s edge with me. He’s a strange bird, that one. He seems to be simultaneously intrigued and repulsed by water. He loathes so much as having his hands washed; he even flip-flops on where he stands on baths. But he can’t stand to not at least get his boots wet, though he wouldn’t go any further and certainly wasn’t interested in doing any swimming.

Everything here at Janderhil must have a name. In the opposite field is Humble-Belly Pond, which was named by Ephraim. It seemed an accurate moniker for a dug-out pond that doesn’t actually hold water. Jeremy and the boys named this Fairweather Pond, which is rather ironic given how it comes about.

Of course this means that I have to draw a new map to include this new addition.

How much adventure can one have before breakfast? How much wonder can one stir up before he sits down to his oatmeal? Quite a lot, I’ve learned.  Why do I ever question if we ought to go outdoors?