Edit: For a continuation and completion of this train of thought, see this post on slow living and rest, and its second part, here.

On our drive home from Kentucky, I read the book The Quotidian Mysteries by Kathleen Norris.

As a full-time homemaker and mother, the frustration of the repetitive nature of everyday tasks is something I’ve grown incredibly familiar with. The doing of something only to have it immediately undone. Washing dishes to have them immediately dirtied. Sweeping the floor only to find a few minutes later it would need re-sweeping. The laundry basket that never, ever stayed empty. I knew in my heart that expecting these things to be truly finished was a lesson in futility, but I couldn’t wrap my head around how to look at it in any different way. I tried viewing my house differently, reminding myself that its function was not to sit prettily perfect, but to serve our family, but that did little to quench the flow of bitterness when I surveyed a room that I had just cleaned rendered a scene of complete chaos by the three little people in my care.

Meals were another thing entirely. I have never enjoyed cooking, and meal planning has been my arch-nemesis (until I started using a bullet journal for it–now it’s a piece of cake.) simply because it was something that seemed never-ending. You plan a meal and work to bring it to fruition, then you serve it and it’s gone in a matter of minutes and then you have to clean it all up. And it drove me crazy. What a waste of time! I would think.

Very often I found myself in a constant state of turmoil over these tasks. And usually, in response, I would just ignore them until they piled up and took over our lives. 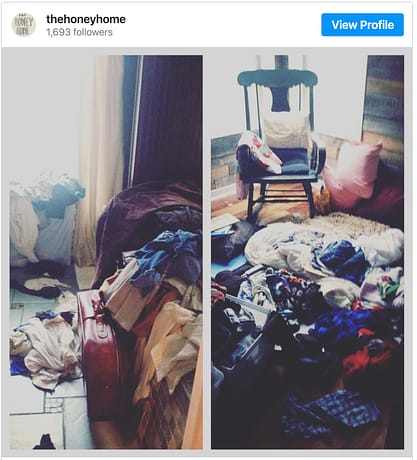 The tagline of Norris’ book is “Laundry, Liturgy, and Woman’s Work.”, which is why I decided to read it–I am always after anything that can remind me of the significance of what I do here every day, what is truly my everyday; in my head I am convinced of its significance, but that knowledge has a terrible time making its way to my heart. Or maybe it’s the other way around?

I picked up the book for that reason, but I didn’t really walk away with a newfound appreciation for the type of work I do which is so readily named “drudgery” by our highly advanced society–though that was in there, for sure. Nor was it the word oft-cited in the book but completely new to me: acedia.

Acedia is most simply defined as mental or spiritual sloth–its Greek roots mean, literally, “without care”. While it is–I think–meant to deal more with a slothfulness in relation to spiritual disciplines than just an abhorrence of the everyday tasks to care for household and self, Norris ties this “lack of care” directly to those quotidian necessities, from washing the dishes to clothes to hair, and points to their neglect as a direct symptom of acedia–in other words, the frustration with repetitive tasks has a spiritual root.

As a Christian, I am in complete agreement with the belief that there is a spiritual component to our beings, not just mental and physical and whatever else you want to throw in there, but for some reason I am always more willing to jump to mental paradigms and constructs with the aim to dismantle and rebuild them, recognizing there is something wrong in my thinking and believing that I can somehow reconstruct that thinking into something more correct. I am not sure why the assertion that my being fed-up with drudgery had a spiritual base was so shocking, but shocked I was, enough where I made a wordless sound of surprise while reading, and Jeremy demanded to know what was wrong.

This is the passage that got me:

“The paradox may be unraveled, I think, if we remember that when human beings try to ‘do everything once and for all and be through with it,’ we court acedia, self-destruction and death. Such power is reserved for God, who alone can turn what is ‘already done’ into something that is ongoing and ever present. It is a quotidian mystery.” (emphasis mine)

What is the only thing that has been “done once and for all”? Christ’s sacrifice for our salvation (Hebrews 10:12) Everything else? Ongoing. Everyday. Like the manna given to the children of Israel in the wilderness–not only daily, but good for one day only. Grace, prayer, or the dishes. Never-ending.

I saw, for the first time, that hating my repetitive tasks was a form of spiritual pride and rebellion–as Alexander Pope would say, “quitting my sphere and rushing to the skies.” I was aiming to usurp a power I couldn’t possibly have. No wonder I was fed up and angry.

So now I’ve realized this, and I look at my laundry and dishes and the throw pillows on the floor with a new joy and eagerness! Um, no. Wouldn’t that be nice? It’s not true, though–not yet–I can see the struggle continuing for a while, because like relearning hope, realizing you’ve been doing it wrong doesn’t mean that doing it right is an easy task to take on. Sometimes it might even be harder. And, as I’ve been thinking a lot recently: all beginnings are hard. But according to Norris, the medieval monks who were familiar with acedia knew a remedy: prayer and singing spiritual songs.

I recommend this book to my fellow humans out there (I was going to say homemakers, but don’t we all have to deal with this type of stuff?) though I will say as a disclaimer that I did not agree with everything written in it (as is true with all books, no doubt.)