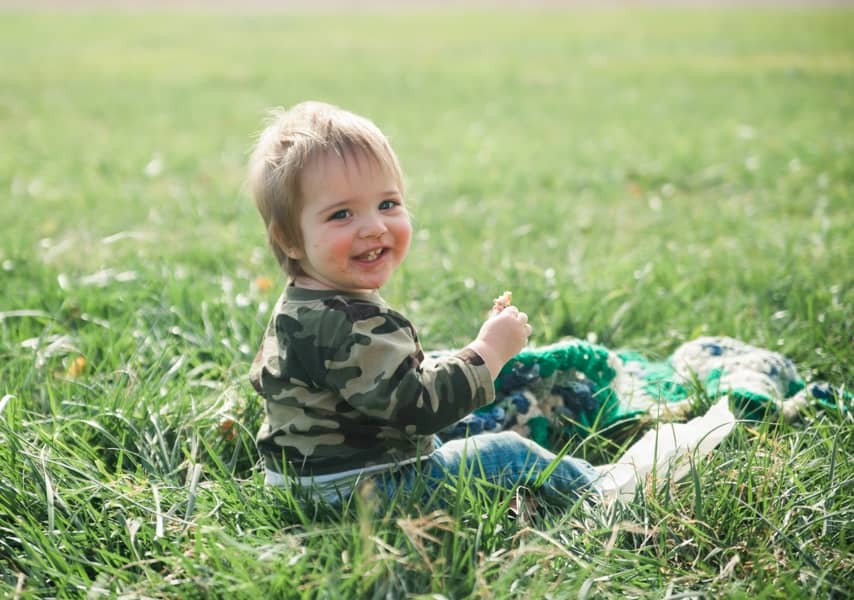 One more month until a year! Mr. Fire-Thunder King has been extremely busy this month, improving his mobility and his dexterity in getting into things he oughtn’t. He is the earliest Krans child to pull up on things (which he’s been doing for a while, now) and does it very well–he can pull up on the rocking chair, rock it back and forth wildly, and not fall over. In fact, rocking things back and forth wildly is one of his favorite pastimes. He seems to crawl over to something with three objectives in mind:

That last one is judged, I believe, by how much of a sound it makes when it’s hit with the palm of an open hand. There are extra points (I assume) if this experiment makes Mama fret; for example, the grandfather clock rates very highly on the Eldore scale, as it has a lovely glass door that not only makes an excellent echo when you slap it, Mama comes running from wherever she is to scold and pull him away from it. Any time the clock chimes he will crawl frantically towards it with a cackle to repeat his hypothesis. Since it chimes every fifteen minutes, you can imagine that Mama will be glad when the Little Scientist moves on to something else.

The cabinet under the sink is also a goldmine, as you can 1. Open it, and 3. The mixing bowls inside make a wonderful clatter when slapped, and 4. Mama doesn’t seem to care for the activity.

He has become very adept at voicing his displeasure when you’ve withheld a beloved object or activity from him. Not that I ever do that. 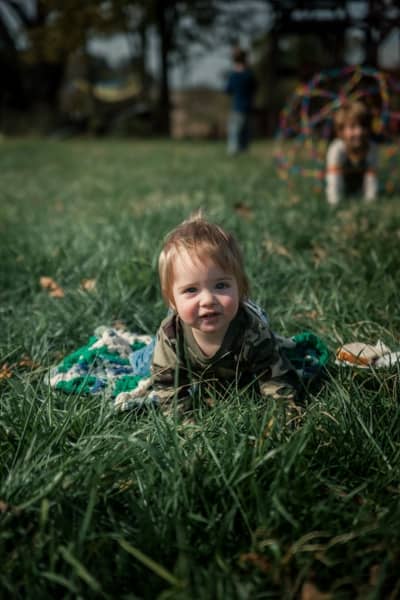 He has a couple of favorite songs: Oh-wow-oh-wow-oh-wow-oh which I think is him mimicking me mimicking how Elvie used to sing “How Firm a Foundation.” Also mmmm-MAH, mmmm-MAH, mmmm-MAH which he and Elvie like to perform in chorus. He’s also (wonderfully) entered the peer pressure stage of babbling, which means you can get him started on any song or sound he knows just by doing it yourself. He expresses pleasure by stating jeh, jeh, jeh or by sucking in his breath to squeal.

He loves when we sing our hymns and songs together as a family. He loves when I sing to him. He gets very excited over the accordion (it is good for slapping). 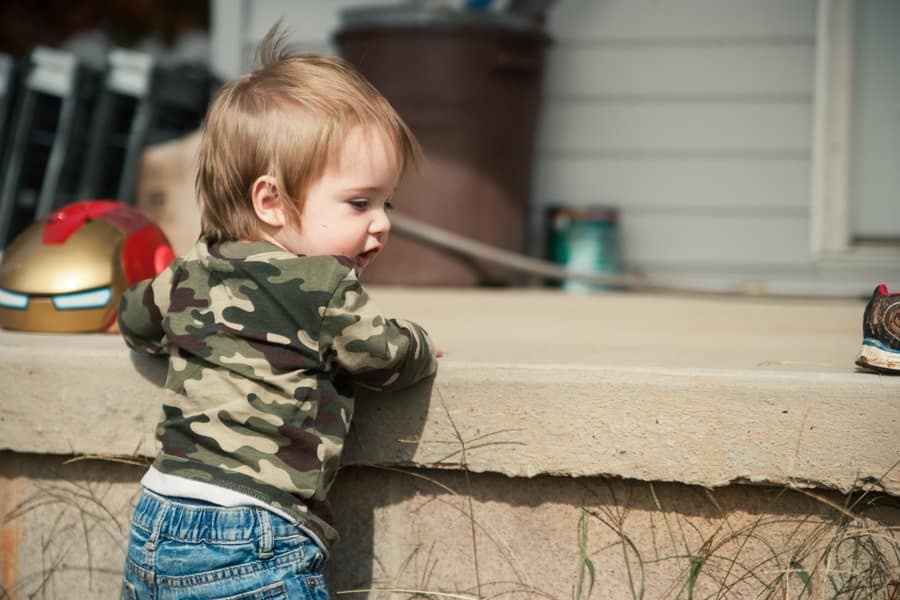 He is so content with his “bubs”, as I call them (I don’t know why), those wonderful other children that also live in the house with him. Elvie he loves (though she is a little too affectionate sometimes) but he absolutely adores his big brothers. I was outside helping Jeremy with a task last night, and I when I came inside, Ephraim had Eldore on his knee doing ride-a-little-horsey with the rest of the children crowded around. Eldore doesn’t know how lucky he is to be the fifth-born. Hopefully all the attention doesn’t go to his head.

He weaned himself this month. I haven’t had a child do that (well, Ephraim tried, but I wouldn’t let him.) Eldore was down to just nursing before bedtime, but for the past week has refused it. (And he gets very upset when I offer.) This is a couple of weeks earlier than I usually wean, and I’m trying not to take it personally, but it does make things easier on me.

Despite this, he is still cuddly. He likes to sit, and he likes to be held. He’s very affectionate, which is wonderful for this Mama’s heart. He is enthusiastic and mostly very good-natured, though he tends to holler if he’s in his high chair and there’s no food there (or not the right kind of food there.) He (still) doesn’t like it if I leave his sight. He is a good listener and will stop doing something when I tell him to…at least most of the time. (The grandfather clock comes to mind, again.) He is a delight to have in the home and a relief to put to bed–like most little boys, I dare say.