Master Clive sure is loved by his big brother. There are many times during the day that Remy drops by (and sometimes drops right on) his baby brother to give him a hug, tenderly touch his forehead to Clive’s, or put his face by his feet so that Clive can kick it (which they both think is hilarious…Boys.)

The vast majority of these moments occur and end too quickly for me to get my camera in time–which leaves me with the dreaded task of trying to create a spontaneous moment. And so what happens is something like this, where a toddler’s whining contrariness haphazardly meshes with an infant’s budding motor skills: 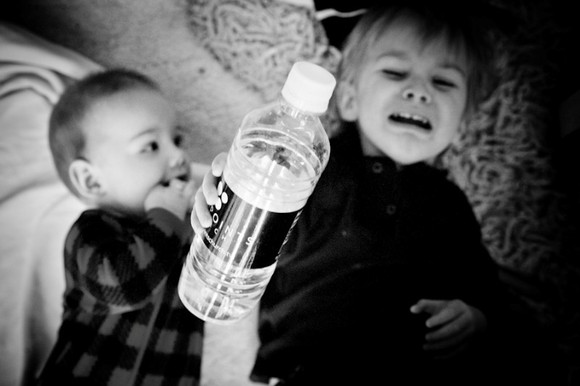 I said, “Show Baby the water bottle!” Which was, frankly, Not-What-He-Wanted-To-Do. 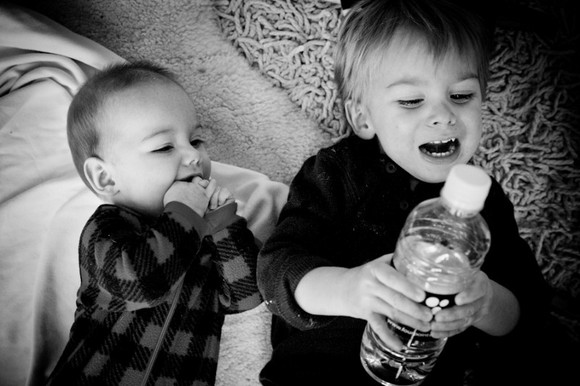 Clive caught sight of it, anyway. 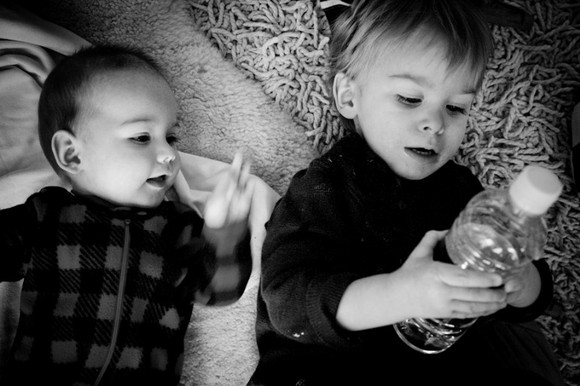 While Remy is busy contemplating the writing on the bottle, Clive makes his move. 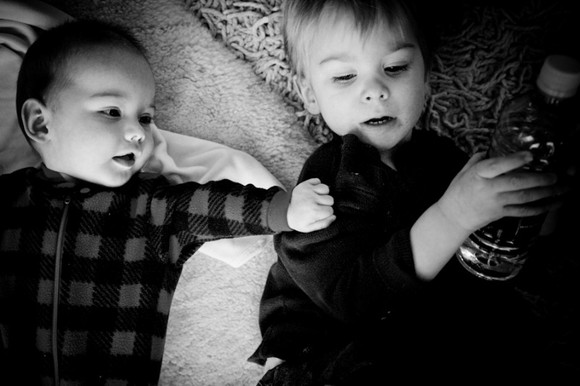 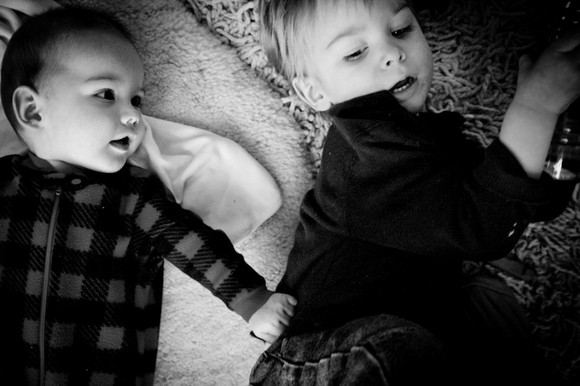 Big Brother is clearly alarmed by Baby Brother’s developing ability to be grabby, a skill previously exercised by Remy alone.

In other news, Mama is clearly alarmed by Clive’s practicing pulling his knees up when he’s on his tummy.