We’re at my childhood home for the holidays, but the agenda didn’t call for just enjoying the vacation with Christmas movies and hot chocolate.

No: we are project people. 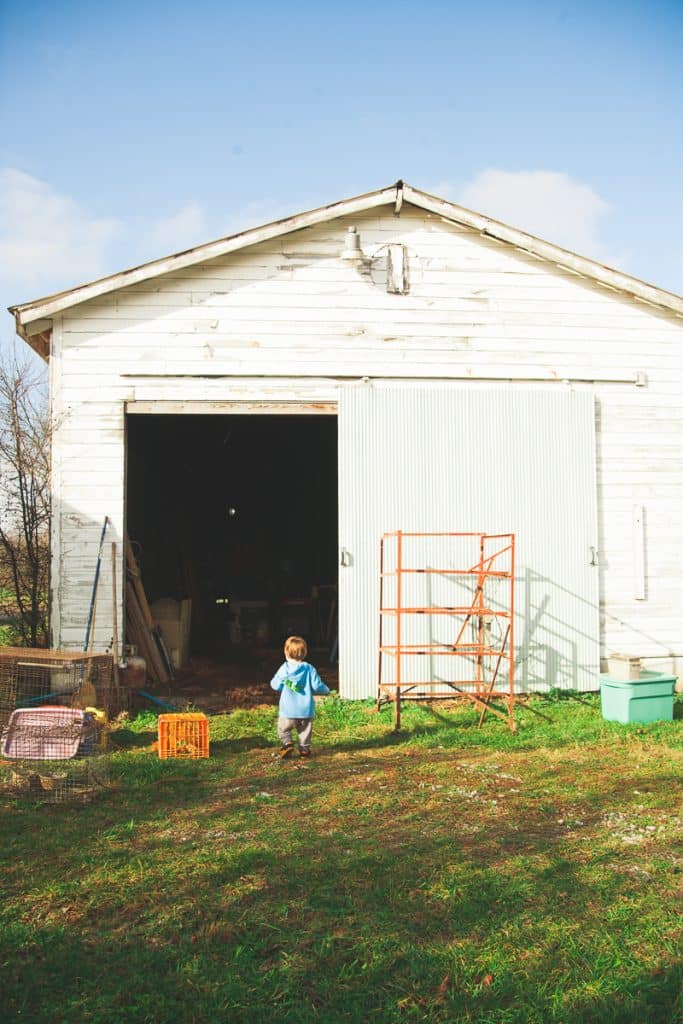 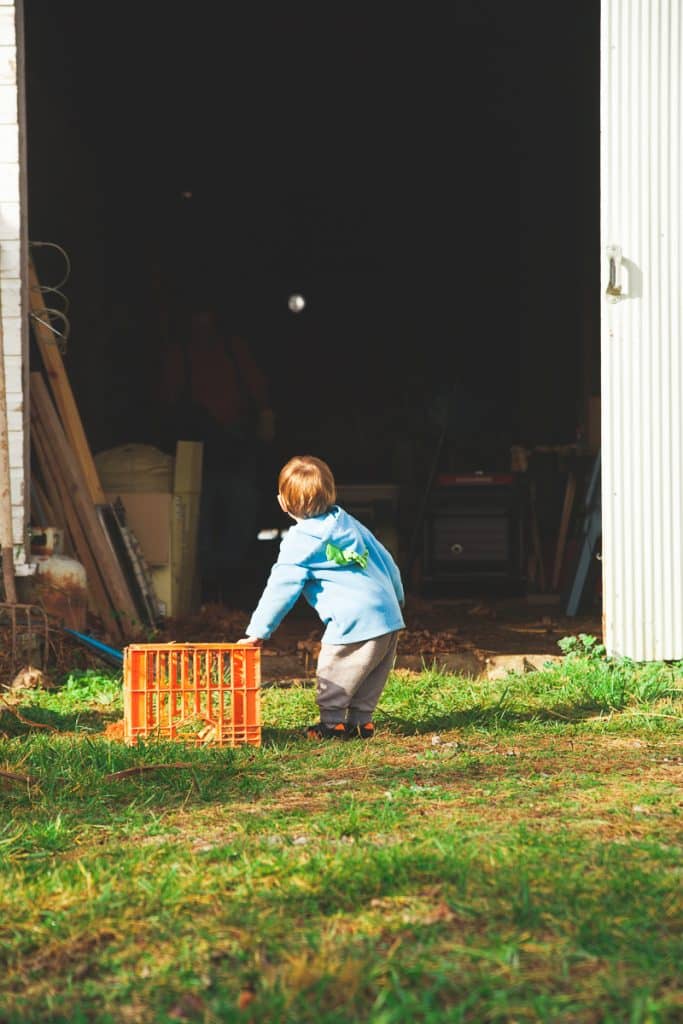 The hamhouse has been used for lots of things over the years: a dog kennel; an immense chicken coop; a storage unit; a place for old decrepit bicycles to spend the rest of their days in darkness. The plan is for it to be converted into an apartment.

There was a whole lot of history piled up in that structure. Old photo developing machinery, chick incubators, puppet show sets, and the strings and soundboard of my grandfather’s piano.

The boys were so excited about the work going on. They couldn’t throw many things into the dumpster, so Ephraim set about doing his own work.

Clive amused himself with water buckets, then sat down on some developing equipment to “sing about angels”.

This workday marked the beginning of a new era, and I kept thinking about a line in one of Chaim Potok’s novels: All beginnings are hard.

To me, this work represents the beginning of a long haul. Of dreams becoming reality, though still far off from being fully realized. Today I mostly watched the work being done–a privilege of pregnancy–but I was weary just from watching it. It’s my intention to document this process as much as I can–there will be more nitty-gritty than shiny reveals, I’m afraid. More dumpsters than DIYs. This is the beginning, and all beginnings are hard.