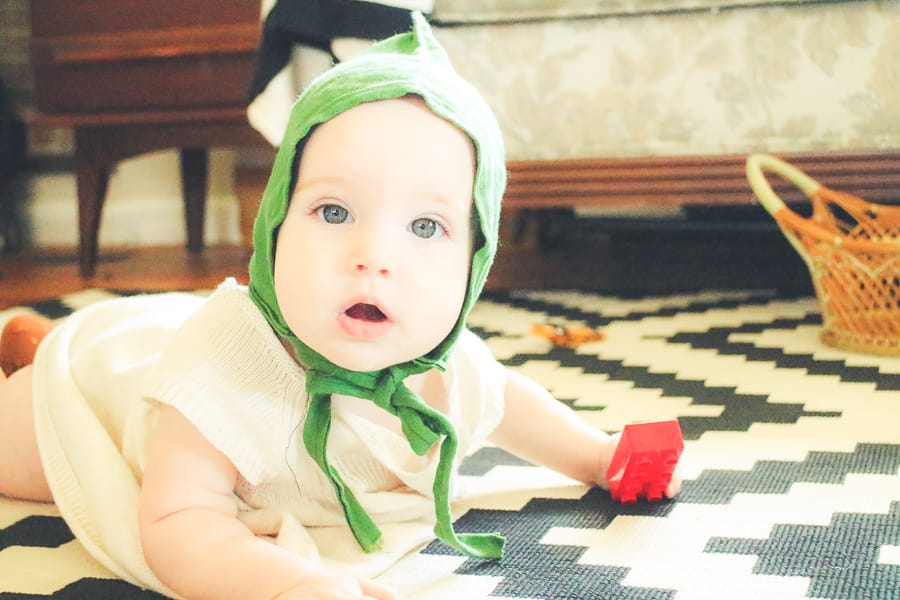 she doesn’t look like a high-strung baby, does she?

It was a few weeks ago that I dared put Elvie Kay in the Wednesday Night nursery at church. She had done Sunday Morning a few times, through with mixed results; I thought the weekday evening with its smaller child-to-teacher ratio would be a better chance for her to get used to the room. She was perfectly fine when I handed her over–she was fed, changed, dressed appropriately. She had many toys to play with. The workers were people she was familiar with. I felt confident as I hurried down the hall and into the service.

But we hadn’t quite made it through the music portion before I got the text, and I quickly left the service to meet one of the nursery workers mid-way between the sanctuary and the children’s wing. In her arms she carried one squalling, red-faced, angry bundle of precocious Elvie Kayness. That was one angry cry, and she was giving it her all–not sad, not scared, not hungry or tired, but angry. And it took me almost fifteen minutes to get her to calm down. Eventually I took her outside, and the wind in her face and the vibrant clouds of the sunset finally got her to forget her grievance and to settle into sniffles. 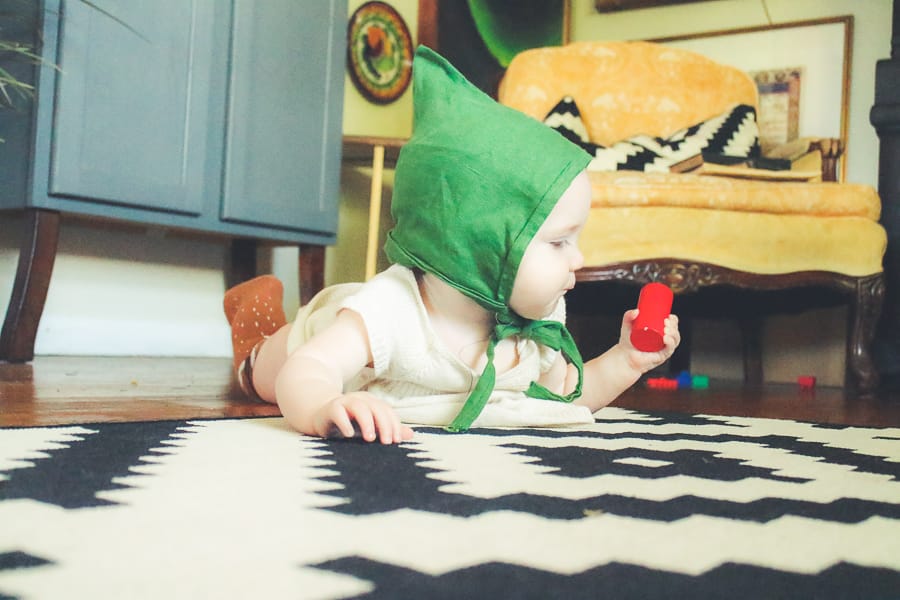 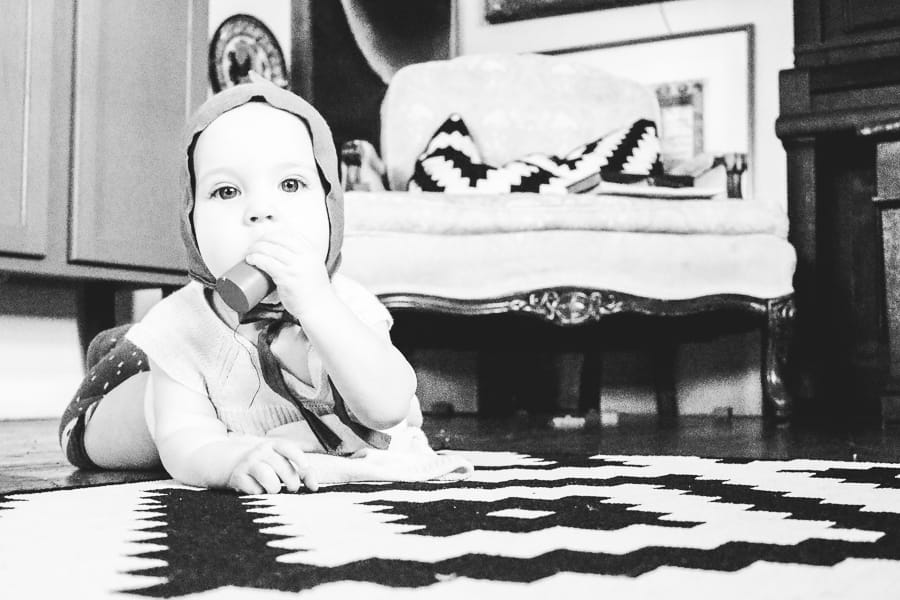 Sometimes you get a baby who is so smiley, so sweet, so scrunchy and squishy and a joy to have around. They can’t talk, so you put words in their mouths for them, sweet words for equally sweet smiles. And you sort of make them very two-dimensional–the child, I mean–like a paper doll, fun to dress up, not much for conversation. And you kind of forget that they’re people. Not on purpose! It just kind of happens.

Elvie Kay is really good natured. Really. She has her quirks and her preferences, but she’s friendly and easygoing and not too terribly difficult. She’s flexible on sleep and will double-nap to make up for a missed one without too much fuss. But man! She gets angry and I have flashbacks to Ephraim’s twelve-month-old temper tantrums that left us all looking askance at one another and saying, “Um, aren’t we supposed to have another year before these start?” The girl can throw a fit.

Yesterday I had her in our room, watching as she pulled herself over to the full-length mirror to admire herself and say, “Wooow! WOOOW!” (At least, that’s what it sounded like.) I picked her up, and she immediately went for my long, dangling earrings. I took her hand and said, firmly, NO. She shook me off and went for them again, and I did the same thing. We repeated this process four or five more times before she finally launched into Angry Elvie mode and, screeching and flailing both her hands in the general direction of the forbidden earrings, managed to give me a very long, very red scratch on the neck. Then for the next twenty minutes she alternated between angry fussing and dejected grumbling, and nothing made her happy, and I tried many different things in an attempt to get her to just let it go. She eventually did, forgiving me (I assume) and shifting back to her usual, affable self. She did not try to pull the earrings again.

Sometimes I meet these situations with immediate regret. I should have just let her pull the earrings. I should have taken them out. I just shouldn’t wear earrings. Who do I think I am, wearing earrings with little kids? I knew how I could have avoided the whole thing. I always question myself when these things happen. Don’t all moms?

But, no, I’m glad I’ve seen Angry Elvie. I’m not surprised at a baby that doesn’t like to be told no. I’m not shocked that she has a temper (she comes by it honestly.) I’m glad I’ve tripped the switch, so to speak, now when she’s little–not kept acquiescing and placating until one day I just couldn’t and she sort of snapped. Iron sharpens iron, and there’s something to be said for finding out the ugly about your kids while they’re still small. They are people, after all.

Isn’t she just the sweetest thing?
But oh, can she throw a fit.