One year ago today I was looking forward to my baby shower, which was coming up on Saturday. The week was like any normal one. I took a picture of myself and my pregnant belly in the mirror of our guest bathroom. I started my weekly OB visits. I was reading some such book on the labor process, even though I had four weeks to go.

After the shower, my mom came down to visit and help me get things ready. It’s a good thing she did, since only a few days later I was being sent home from my doctor’s office with strict orders to rest and to come back the next day ready to have a baby.

That was one year ago.

Today I don’t have a baby. I have a “pre-toddler”. I have a little man that looks like his daddy, and has a pretty strong will and a short temper that he keeps hidden under that adorable “scrunchy face.” 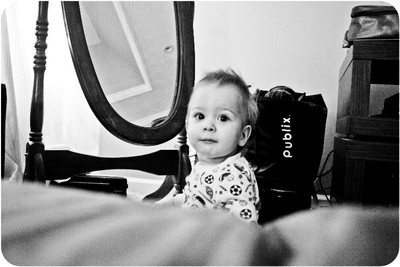 I have a little person who has decided he doesn’t like bananas anymore unless they’re mashed up in his morning cereal. 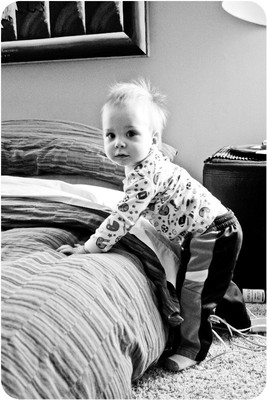 I have a precocious young man who, today, let go of my hand and tried to walk forward on his own, not once, but twice, even though he only yesterday decided that it was mostly okay if he fell on his butt while standing up. 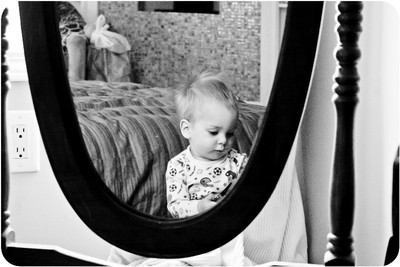 I have a speedy little bug who is making it harder and harder to take pictures of him, since he insists on crawling toward the camera with the full intention of discovering its flavor. 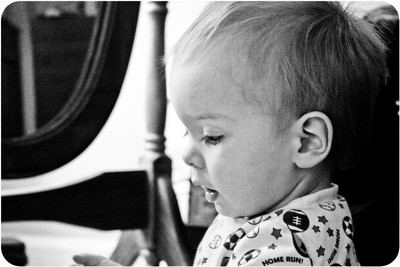 I have a former baby who is about to be a One-Year-Old.