Just as the weather began to turn warm, as the grass grew deep green in patches and flocks of robins began to visit the farm, we ventured out of the house for a good Explore.

It was Mama that needed it most. We moved last Spring, and the Summer and Autumn were lovely and full of the outdoors and the fresh air. And then Winter came, and it was too cold, and too wet, and then too cold and wet to go outside.

My life in Georgia was almost totally indoors. It’s just how things worked out. We wanted up here to be outside; this winter was frustrating. I don’t like cold. I should get over it.

But outside we went, today, for fresh air both literally and figuratively. We put on our boots and jackets and headed East. 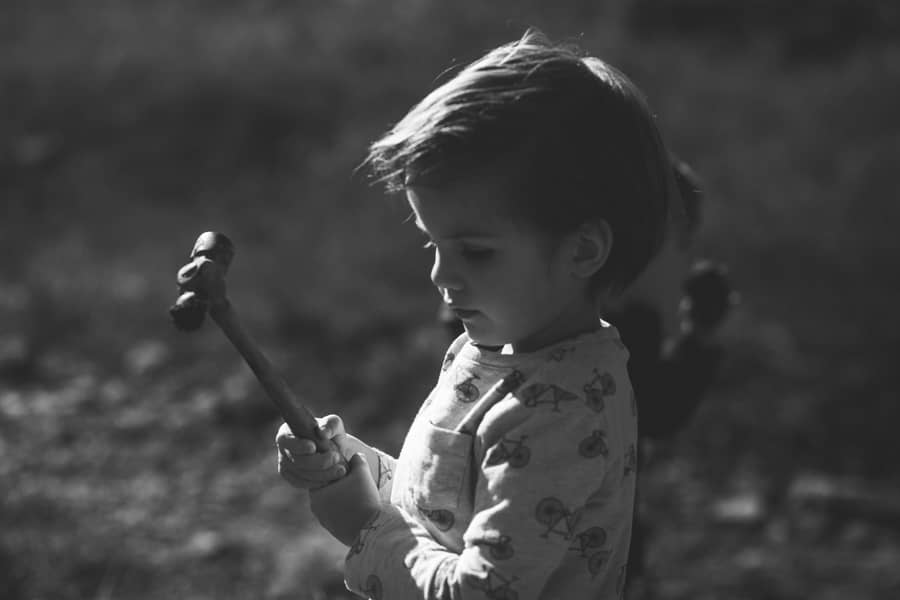 The first thing we did was choose: up or down? Up to the hill behind the rocks, or down into the little valley they made when the big pile of rocks was created? Down we went–we’ve not explored there before. There the moss grew in vivid green patches and the rocks peeped through. Ephraim ran home for a hammer, and the boys set about seeing which rocks would break apart and which ones wouldn’t. 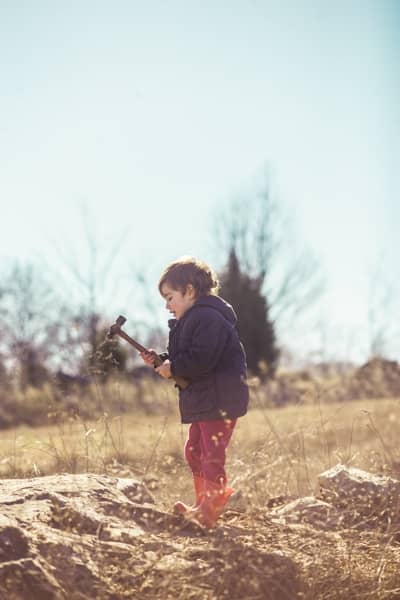 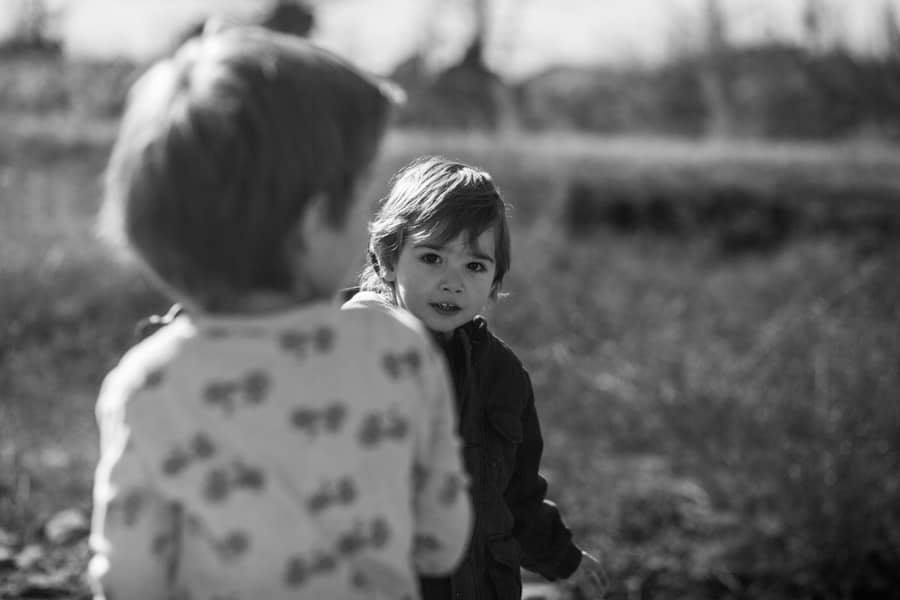 Clive decided right away that rock hammering just wasn’t his thing. He and I wandered instead. He has ever proven himself the thinker of the group, the sensitive, bookish type, I suppose. Actually, numbers are His Thing…he would probably have preferred to count the rocks rather than smash them.

Next we headed to the big Rocks.

This was a BIG DAY for Anselm.

Since our move last year, the standing rule has been that you climb the rocks according to your own ability. Mama does not help you to climb rocks. The basic reason for this is twofold: first, because boys who can get themselves up the rocks can manage themselves while on the rocks and can get themselves back down again. I have three boys, and if I put them all in access of places they can’t manage alone, I’ve done myself a terrible disservice, as I only have two arms and cannot be three places at once.

The second part of that reason is that, with three boys so close in age, there has to be some sense of maturation and advancement on the part of the older ones. It’s not fair to lump them all together as one unit. It’s also not fair to make the older boys climb themselves but to help Anselm up because he’s little and cute and can really throw a fit. I wanted Anselm to have this achievement without my interference; for him to see his brothers able to do something he could not do yet, for him to long for that ability, and for him to feel that thrill of finally being able to master it himself.

There were many tears shed by Anselm at the bottom of the rocks last year as he watched his brothers climb up and away.

But on this day, the growing done over the winter had done the trick, and he was able to follow them, all on his own. Up and On and Down Again.

Once the rocks were conquered, we headed to the tree line.

A large  cedar tree at the fence has enormous boughs that bend to the ground, creating a canopy that must be climbed into. Once inside, it feels like you’re in a tree tent. I used to play in these trees all the time as a girl. It’s only a line of trees, but it can become much more with imagination. I speak from experience.

The last stop would be the hill behind the rocks.

It doesn’t seem like much from pictures, but it sure feels like a hill when you’re climbing up the slope, and it affords a lovely view of the fields and the house and the great big sky. The boys watch clouds and airplanes and Anselm has a fit of glee when the garbage truck drives past.

On top of the hill, on top of the world. It’s a perfect picnic spot, and we’ll come back again with sandwiches.